“We want to be the first in the field and Rolex should be seen as the one and only – the best.”
– Hans Wilsdorf

Rolex, in full Montres Rolex SA, formerly known as Wilsdorf & Davis Ltd (1905–1915) and Rolex Watch Co. Ltd. (1915-1920), Swiss manufacturer of rugged but luxurious watches. The company has its headquarters are in Geneva.
Founder Hans Wilsdorf (1881-1960) was born in Germany but moved to Switzerland when he was a young man. There he found work at a watch-exporting company in La Chaux-de-Fonds, one of the centres of the Swiss horological industry. He then moved to London, where in 1905 he and a brother-in-law, Alfred Davis, established Wilsdorf & Davis Ltd. to assemble and market watches using works imported from Switzerland. At a time when most men still wore large pocket watches and considered ‘wristlet’ watches—as they were then called—to be slightly effeminate, Wilsdorf, the dominant partner, staked his company’s future on the wristwatch. He came up with the brand name Rolex, registered it as a trademark in 1908, and set out to make wristwatches that were both manly and fashionable. In 1914, in an early display of his considerable talent for generating publicity, Wilsdorf had the British government certified a Rolex as the first wristwatch to pass a test for durability and accuracy that was customarily given only to marine chronometers.

The company was renamed Rolex Watch Co. Ltd. in 1915, probably because the name Wilsdorf was provoking anti-German prejudice in Great Britain during World War I. Rolex opened a Geneva office in 1919 and soon afterwards moved headquarters to Switzerland and adopted the French-language corporate name of Montres Rolex SA. Rolex registered the five-spiked crown as its trademark in 1925, while steadily improving its products. In 1926 the company introduced the waterproof and airtight Oyster model. The Oyster Perpetual, said to be the first self-winding wristwatch, followed five years later. In 1956 Rolex introduced the Milgauss, a watch especially designed to meet the demands of the scientific community working around electromagnetic fields. The first of its kind, it is capable of withstanding magnetic fields of up to 1,000 gauss and became known for being worn by scientists at the European Organization for Nuclear Research (CERN) in Geneva. The company also carried a less-expensive line of watches called Tudor, which it had introduced in 1952. Tudor watches were originally equipped with offthe-shelf movements while, using Rolex quality cases and bracelets, allowing it to provide the reliability and dependability of a Rolex, but at a lower price.

Rolex consistently strove to associate itself with sportsmen, adventurers, and athletes. In 1927 Wilsdorf gave Mercedes Gleitze, the first British woman to swim the English Channel, a Rolex to wear on her wrist while attempting a Channel crossing. Not until later would the company make watch models specifically for women. The British driver Sir Malcolm Campbell gave Rolex an endorsement after wearing its watches during his land speed record attempts in the early 1930s. Rolex achieved a publicity coup in 1953 when Edmund Hillary and other members of his expedition made the first successful ascent of earth’s highest peak, Mount Everest, while wearing Rolex wristwatches. 1953 Was also the year that Rolex released the very Submariner – the world’s first timepiece water resistant to 100 meters. In many ways the Submariner was the ultimate evolution of the Rolex Oyster case, as it was further refined for additional water resistance. Time marched on quickly and in 1954, the company introduced its Rolex GMT Master, a dual-time watch built with the needs of flight crews in mind. 1955 Saw the introduction of the Rolex Reference 6234 Chronograph, which quickly gained a following – a relief after the company’s first attempt at a chronograph received a lukewarm reception during World War II. In 1956, the Day-Date was introduced as a true technological marvel, thanks to a dial that featured a day and date that changed automatically.
Just a few features separate the original from some of today’s models, including a new number system, a nearly scratch-proof sapphire crystal, and some internal advancements. In January 1960, when Jacques Piccard’s bathyscaphe Trieste made its descent into the planet’s deepest waters, in the Mariana Trench, a specially made Rolex with a thick ‘bubble’ crystal was attached to the vessel’s hull—and was found to be in working order after the vessel resurfaced.

Wilsdorf died in 1960, leaving company ownership in the hands of the Hans Wilsdorf foundation, a Swiss charitable trust he had set up in 1944. In later years the foundation continued to control the company, which remained privately held. Into the twenty-first century, Rolex kept its name in the news and burnished its image by sponsoring sporting events in such fields as motor racing, yacht racing, and equestrianism. In about 2002, in response to widespread counterfeiting, Rolex started putting an almost microscopic laser etching of the crown trademark on its watch crystals as a security device. 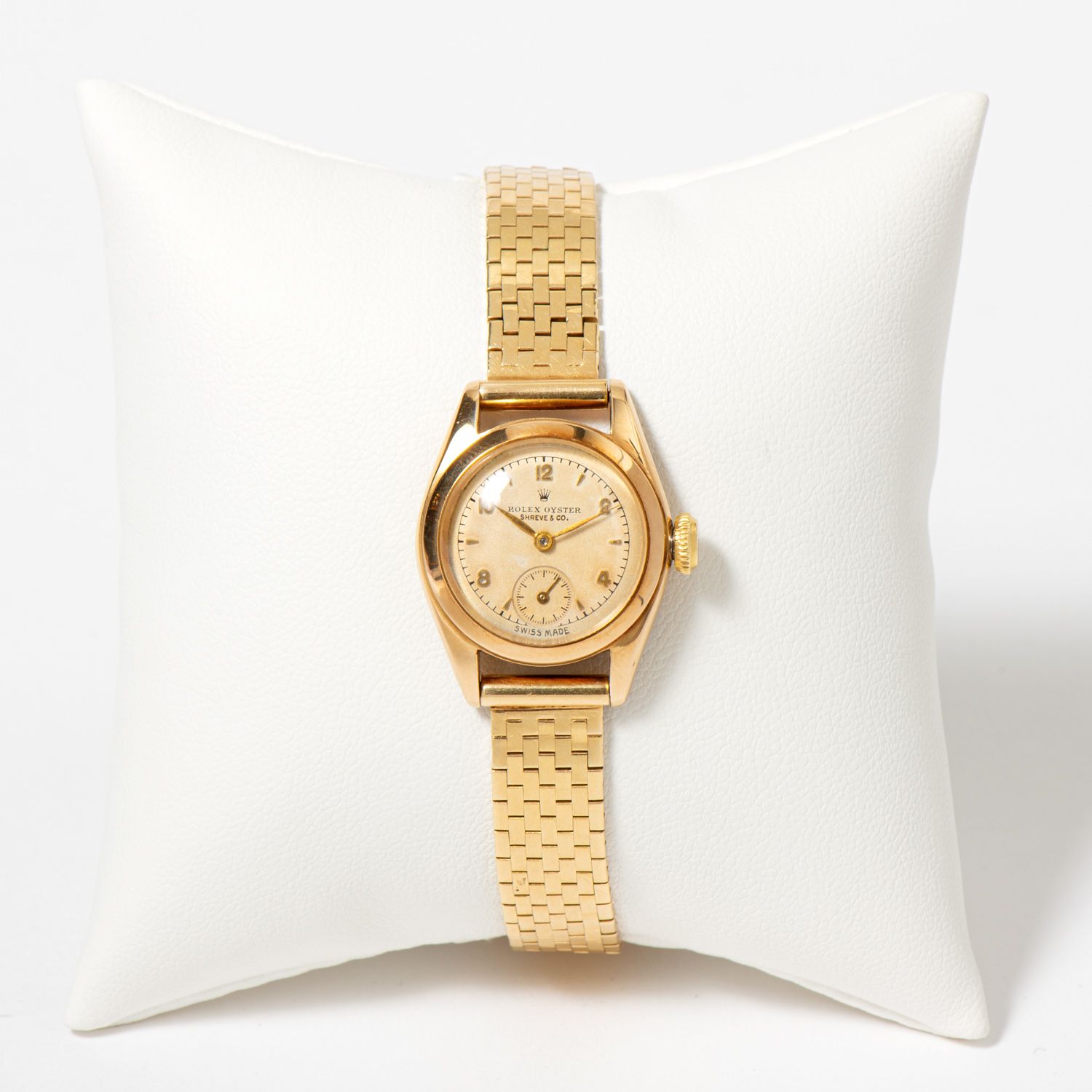 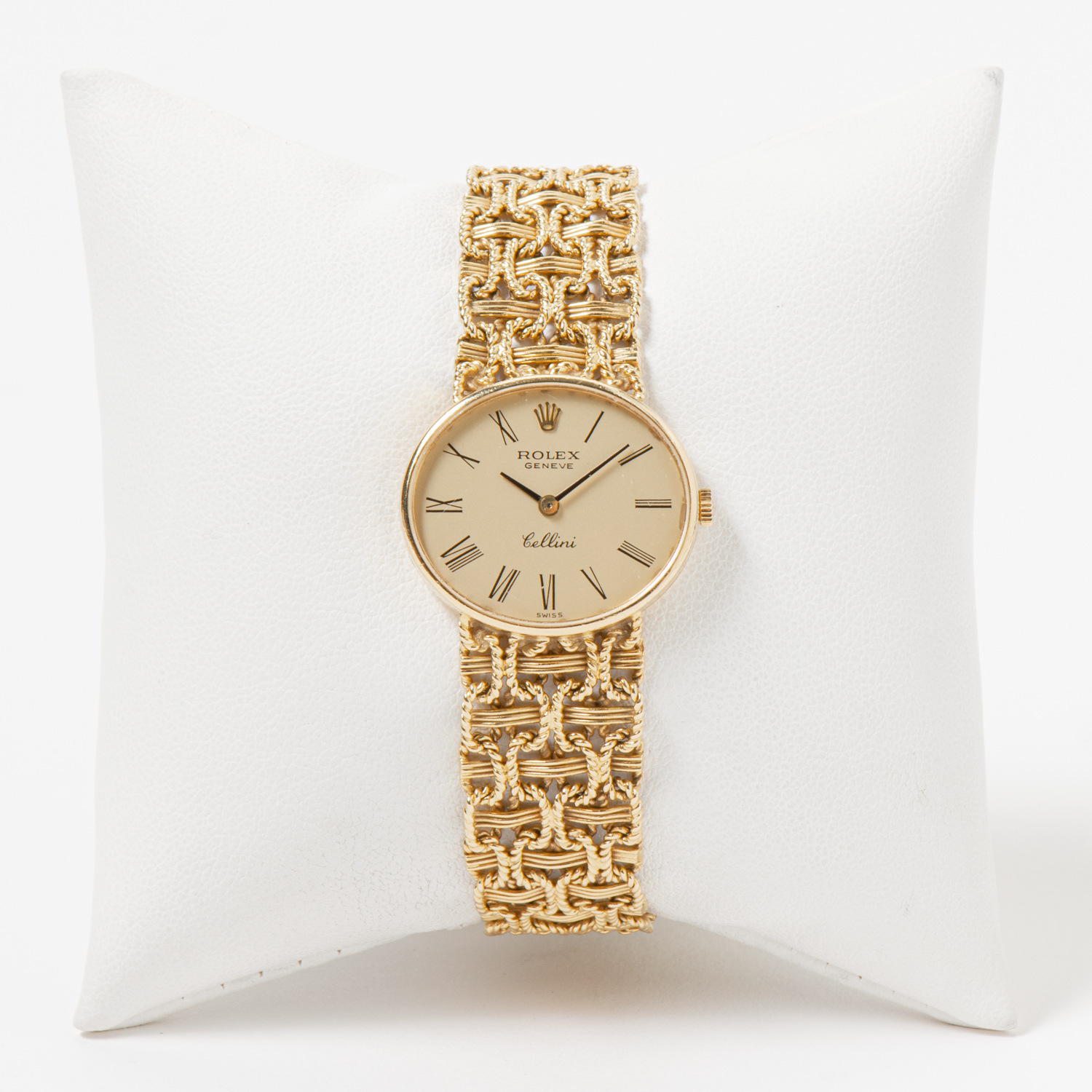 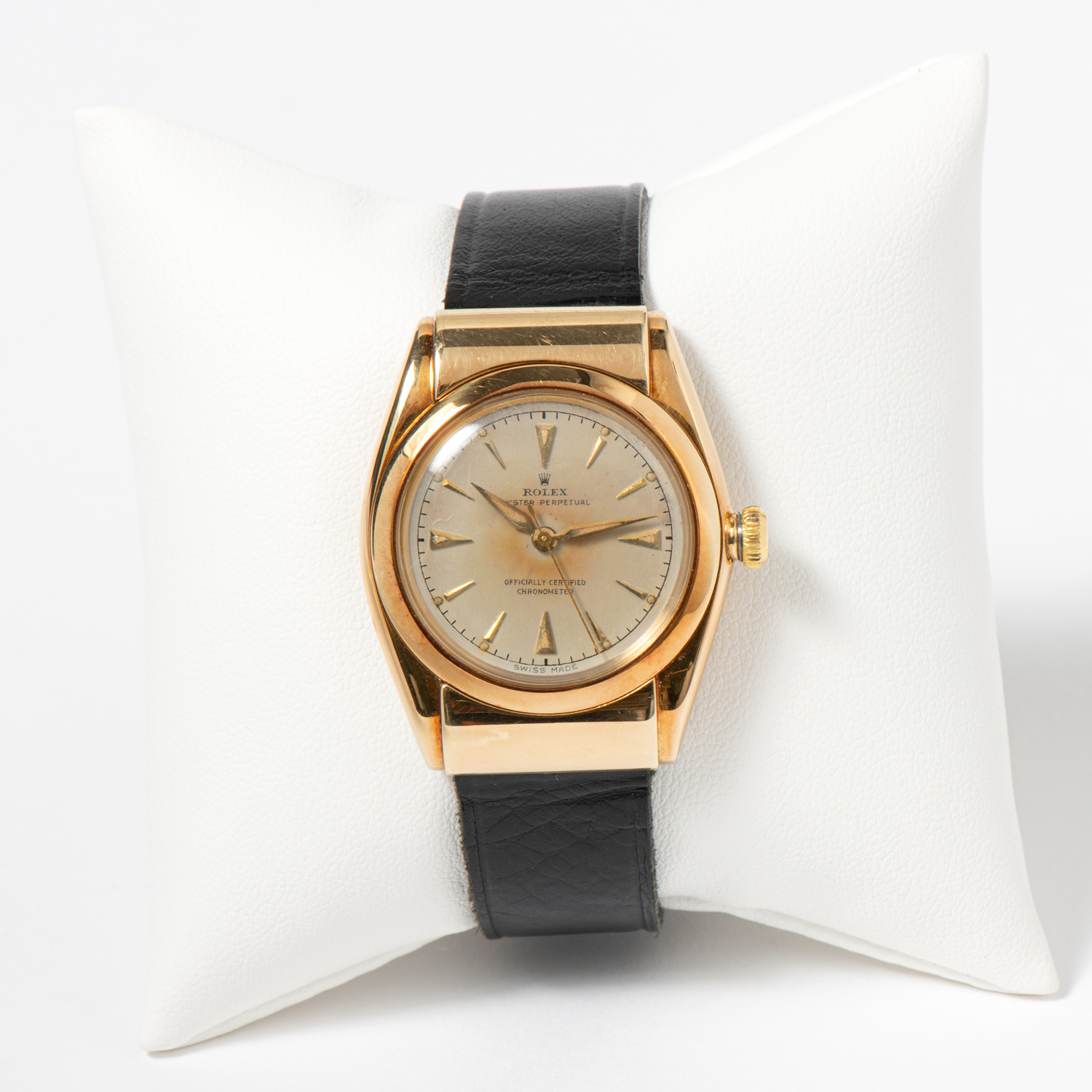 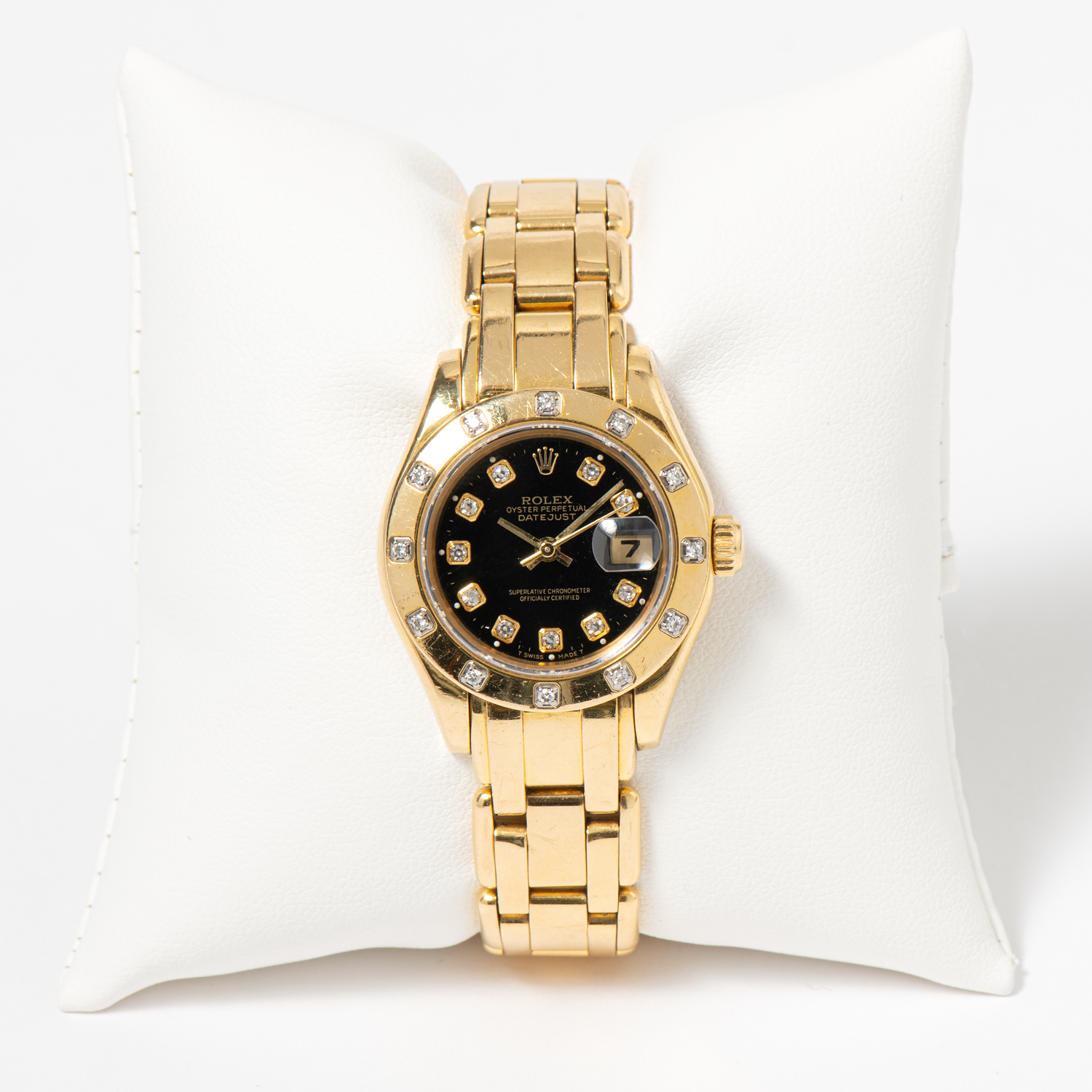 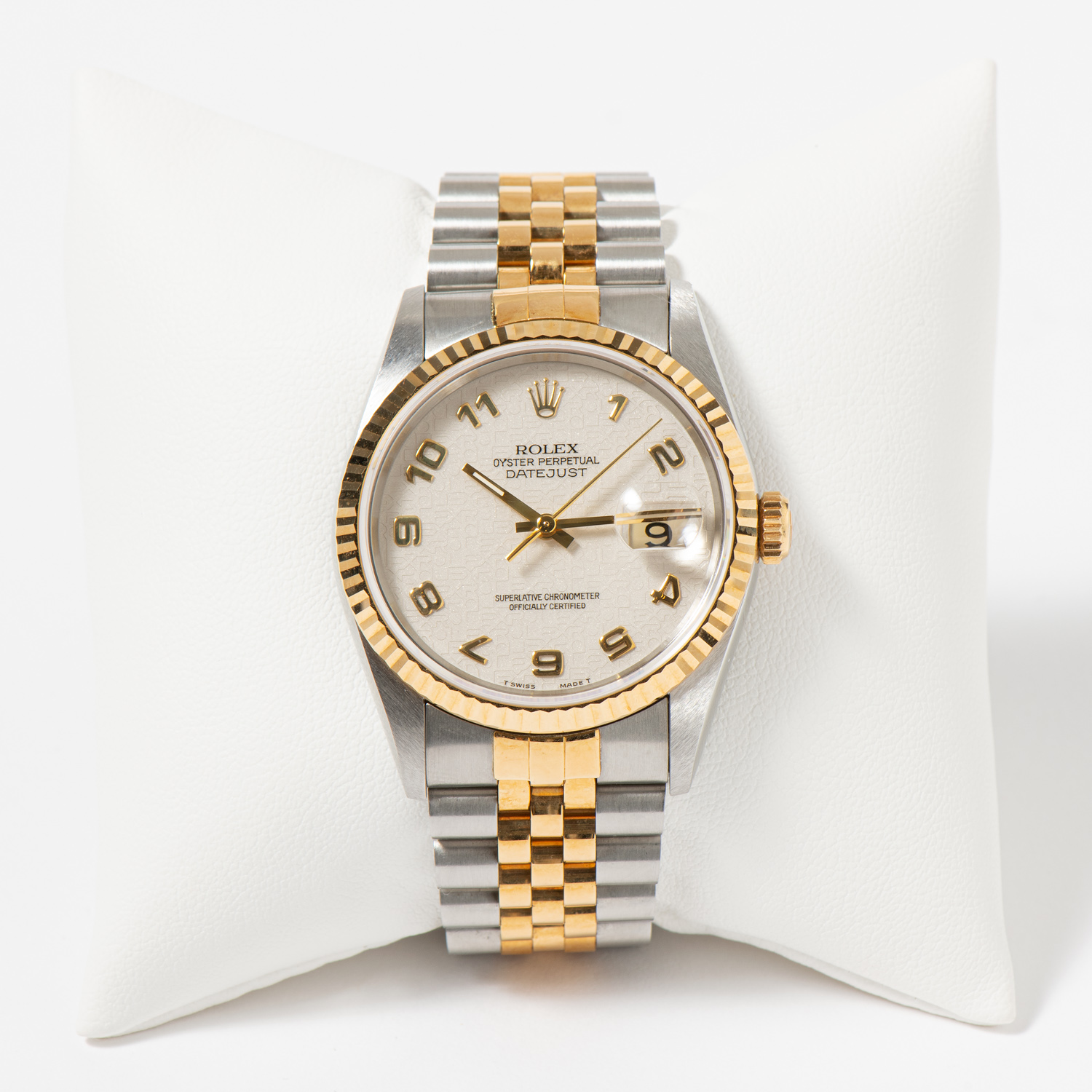