Ronald Marcel Garrigues was an American sculptor, Asian and tribal art collector, and owner of a coffee brokerage firm in San Francisco. The self-taught artist was influenced by Constantin Brancusi (1876-1957) and Isamu Noguchi (1904-1988) and one of the first artists to create work thematically focused on climate change, animal extinction, and social inequity.

Before Garrigues’ artistic life began, he worked in his parents’ company. His father opened a public weighmaster company in 1932 which Garrigues later purchased and ran for almost 40 years after his father retired. Through his role in the family business, he interacted with people and cultures across many continents. During this period, Garrigues developed an interest in carving driftwood that led him to studying wood sculpture and meeting Richard Whalen, who eventually became his mentor in 1956. By this time Garrigues was 29 years old and married to his first wife, Claire Garrigues.

Three years later, in 1959, Garrigues had his first group exhibition at the Oakland Art Museum, followed by a solo exhibition in 1961 at the California Palace of the Legion of Honour in San Francisco. The San Francisco Chronicle reviewer Alfred Frankenstein praised Garrigues’ exhibition with the following words: “. . .Garrigues. . .almost inconceivably, has been at it less than two years. In that incredibly brief time he has developed into one of the best carvers and sculptural designers in the Bay Region.”

In 1962, Garrigues continued his studies at the University of California and pivoted to bronze casting under the tutelage of Jacques Schnier (1898-1988), Harold Paris (1925-1979) and the revolutionary Peter Voulkos (1924-2002). The next two decades brought Garrigues into the epicentre of the Human Potential Movement at Esalen Institute and in the Bay Area. After he divorced he met Mary Holzer, whom he married in 1973, and spent three years studying at the Oakland ashram of Harish Johari, a North Indian author and Tantric scholar. There, Garrigues and his wife were initiated into esoteric Tantric practices and Garrigues cast his first bronze, a 3-dimensional Sri Yantra mandala which he gifted to his teacher Johari. In 1975, they moved to Mill Valley, CA where they raised their daughter, Simone.

After spending meaningful time trekking the world’s mountain, exploring psychedelic experiences all over the world, especially his beloved Amsterdam, and seeing the first signs of global climate change, Garrigues began to pivot his artistic production to a series of bronzes that moves away from aesthetically abstract forms into artwork that addressed a range of human-driven social and environmental issues. Triggered by the 1989 Exxon Valdez oil spill, Garrigues began sculpting skulls depicting demise at the hands of human-related actions. Garrigues created a series of unlikely juxtapositions spanning climate change, the lethality of unchecked human population growth, consumerism, animal welfare, disease, and human unhappiness. In the mid-’90s, he began to exhibit in solo and group shows before he eventually retreated from the gallery art scene later in life.

The core of Garrigues’ message is that our disrespect of the forces of nature will lead to disaster. He weaves this stark idea with subtlety and dark humour, provoking the viewer to examine their own relationship with nature. “When I first started doing this, it was to affect people’s consciousness about what was going on in the world. I thought it was an indignity to the planet, what was being done for profit,” he says. “Mankind is the greatest predator that ever lived on earth. If humans were to continue doing what we’re doing, there’d be nothing left.” Cultural historian Thomas Berry remarked, “Beauty works for Garrigues… It serves him, and serves his message, and he has got something very serious to say. We can only hope that he is heard.”

Garrigues spent the last 20 years of his life creating a studio and garden paradise in Bolinas, CA, a reclusive nature-loving community in West Marin, where he passed away in 2020. At his death, Garrigues left 90 sculptures, dozens of assemblages and works on paper and several hundred tribal artifacts. His works featured in several museums and galleries o.a. Museum of Modern Art in Los Angeles and Stable Galleries in New York. 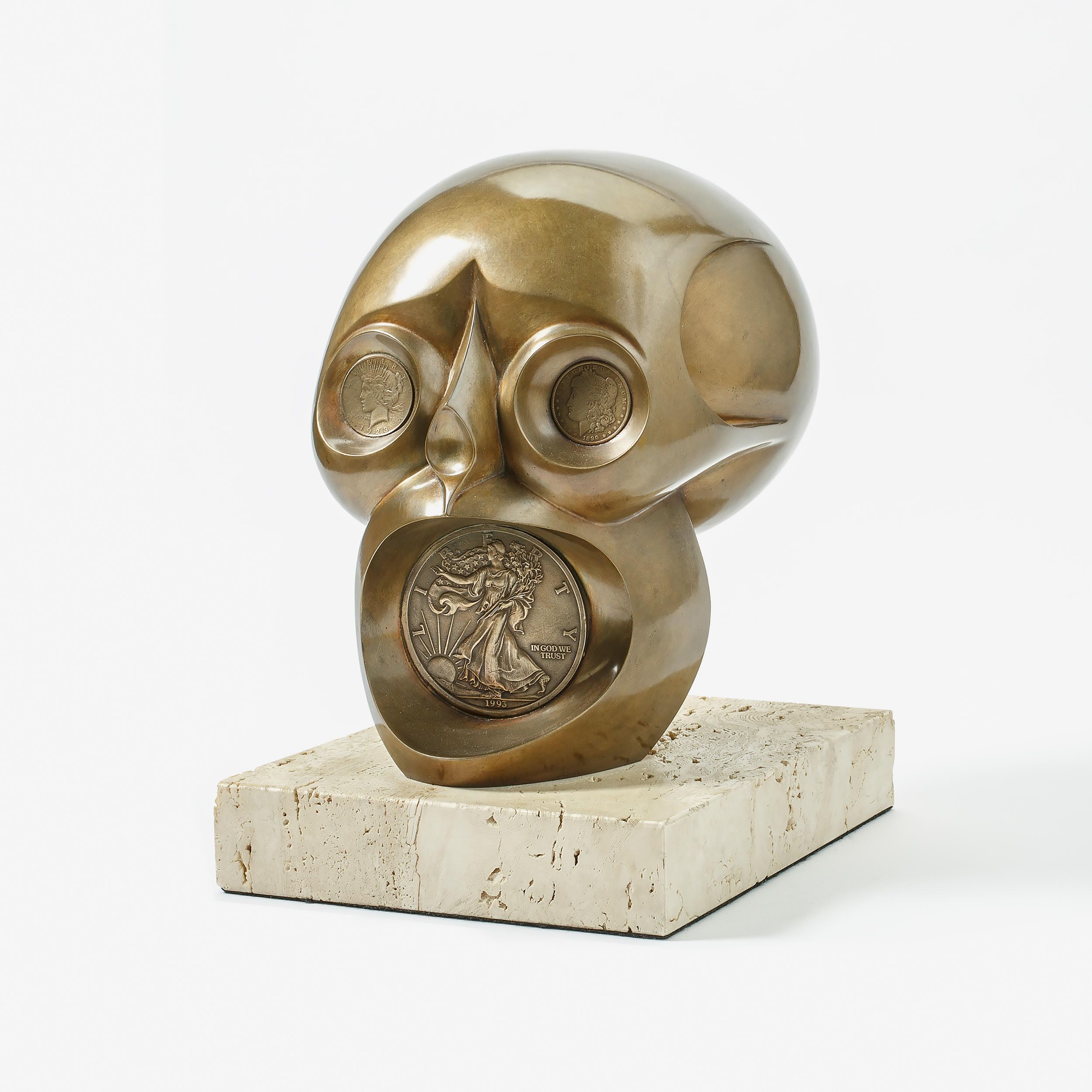