Andy Warhol can be regarded as one of the most influential figures in twentieth-century art. When we hear his name, images of large soup cans and colourful portraits of celebrities immediately pop up in our minds. These creations have become art-historical icons, recognizable to everybody. It was Warhol’s ambition to change the way we think about the world through his works of art.

Not many people know that he was actually born as Andrew Warhola. His parents were Ondrej and Julia Warhola, immigrants from what is now known as eastern Slovakia. Warhol was born as their fourth child in 1928. They lived in a humble apartment in a working-class neighborhood in Pittsburg, Pennsylvania. When he was in third grade, Warhol became ill with a rare nervous system disease. He later described this period as very important in the development of his personality and preferences. He was often confined to bed where he drew pictures, read magazines, listened to the radio and collected pictures of music stars.

When he was twenty-one years old, after graduating with a degree in graphic design, Warhol moved to New York City. He found employment as a commercial illustrator. When once he was incorrectly credited as ‘Warhol’ under an early published drawing, he decided to permanently remove the last ‘a’ from his surname. As an illustrator, he garnered top assignments for a number of clients, including Glamour Magazine, Columbia Records, Tiffany & Co., Vogue, and Harper’s Bazaar.

After establishing himself as a graphic artist, Warhol started painting. However, it was not until the 1960s, that he would create many of his most iconic pieces. Building on his extensive advertising background, Warhol started painting readily found mass-produced objects. His first moment of fame was in 1962, when the Ferus Gallery (Los Angeles) hosted his first major exhibition. The show included a set of 32 canvases of ‘Campbell’s Soup Cans’, one canvas for each variety offered by the manufacturer. The soup cans received a lot of media attention. They were embraced as the new genre of ‘’pop art’’, named for its commentary on the commercialism of pop culture.

When he was once asked about his trigger to paint the ‘Campbell’s Soup Can’, Warhol replied, “I wanted to paint ‘nothing. I was looking for something that was the essence of nothing, and that was it’’. He also said he used to have Campell’s tomato soup for lunch every day for 20 years. He wanted everybody to take a closer look at objects of everyday life because consumerism and commercialism had taken over America in the 1960s. He continued to explore this theme in his paintings of other iconic American subjects, such as dollar signs, Coca-Cola bottles, and celebrities like Elvis Presley and Marilyn Monroe.

The 1960s were the most important years of Andy Warhol’s career. Even today, his works from that period are considered to be his most important ones and they are highly sought after. It was during this time that Warhol developed his famous screenprint technique. With this technique, he created limited-edition prints, which are referred to as the ‘Factory editions’. These hand pulled prints are often on heavy paper with the ink bleeding to the edges. Because Warhol was still perfecting his printing techniques at that time, it is very rare to find a print from this period in perfect condition. Warhol was extremely keen on large-scale impact and therefore began mass-producing the images of consumer goods and celebrities from the 1970s onwards with a second series of prints.

Although Warhol was rather shy and soft-spoken, he was also an eccentric figure. He became a fixture in the social scene and a regular visitor to New York’s ‘Studio 54’. He had become an international celebrity, easily recognizable because of his iconic silver wig. He did not call his place in New York a studio, the term used by artists since the Renaissance to describe their workspace. Instead, he called it the Factory. The Factory became a gathering place for artists, intellectuals, playwrights, Hollywood celebrities, and wealthy patrons. Together they used the Factory as a workspace: to create art and to shoot Warhol’s famous films. It was also used as an exhibition space and as a location for parties. Andy Warhol, along with his friends and superstars, was known for their notoriously liberal views on drugs. Two of his most famous friends, socialite Edie Sedgwick and Lou Reed of The Velvet Underground, were confirmed heroin users. There are few reliable records on whether Warhol himself was a heroin user, but either way, the Factory had a reputation for being the hip hangout for drug addicts. After some time, Warhol’s personal interest in drugs is said to have disappeared, and from that moment on, he really wanted to get down to business.

His life took an unexpected turn on June 3, 1968. His Factory associate, Valerie Solanas, entered the studio armed with a loaded gun. She fired at Warhol, and his gunshot wound proved nearly fatal. He underwent emergency surgery for five hours, which eventually saved his life. After this, The Factory was more and more seclusive and many considered this the end of the wild era. The traumatic experience did not, however, slow down his output. Soon after his recovery, he co-founded Interview, a magazine centered on his fascination with the cult of celebrity.

During his life, Warhol mastered a wide range of media, from drawing, painting, and printing to photography, sculpture, film, and theatre. He wanted to translate the things he cared about, like sensitivity, a love of glamour, spectacle, and playfulness, into objects and experiences that could touch many people. A museum director once described him as “a serious artist who was all about the unserious“. Warhol died unexpectedly on the 22nd of February 1987, aged 58, while recovering from gallbladder surgery. Thousands of mourners paid their respects at a memorial service held at Manhattan’s St. Patrick’s Cathedral. After his death, Warhol’s legacy continued to be a primary influence on several generations of artists. 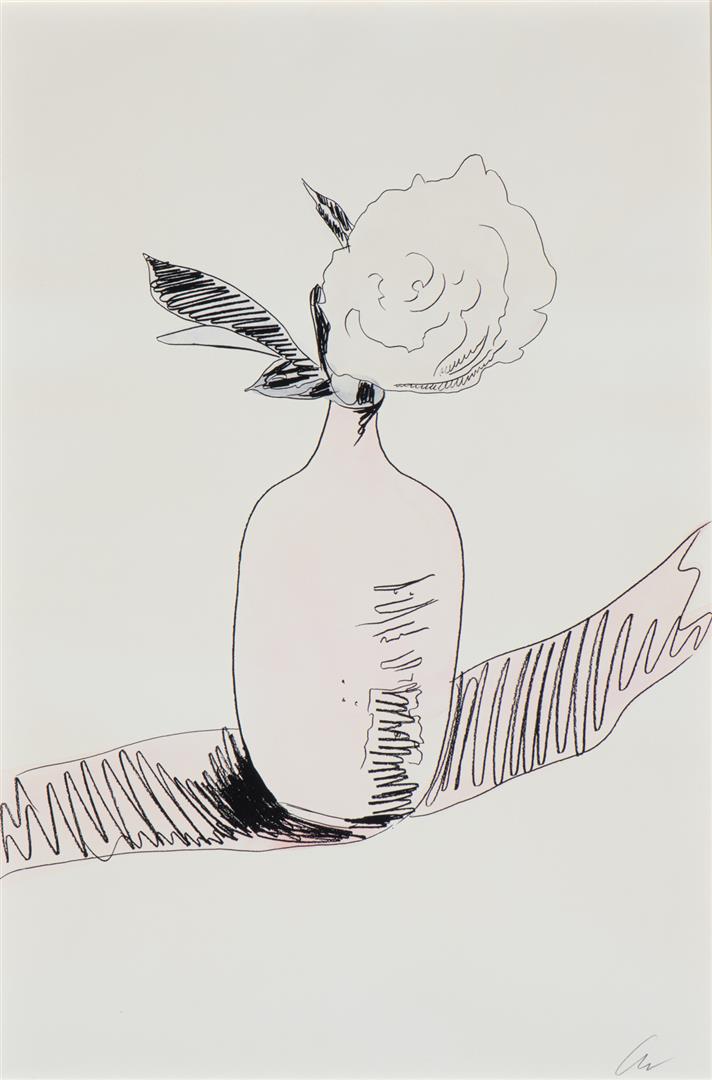 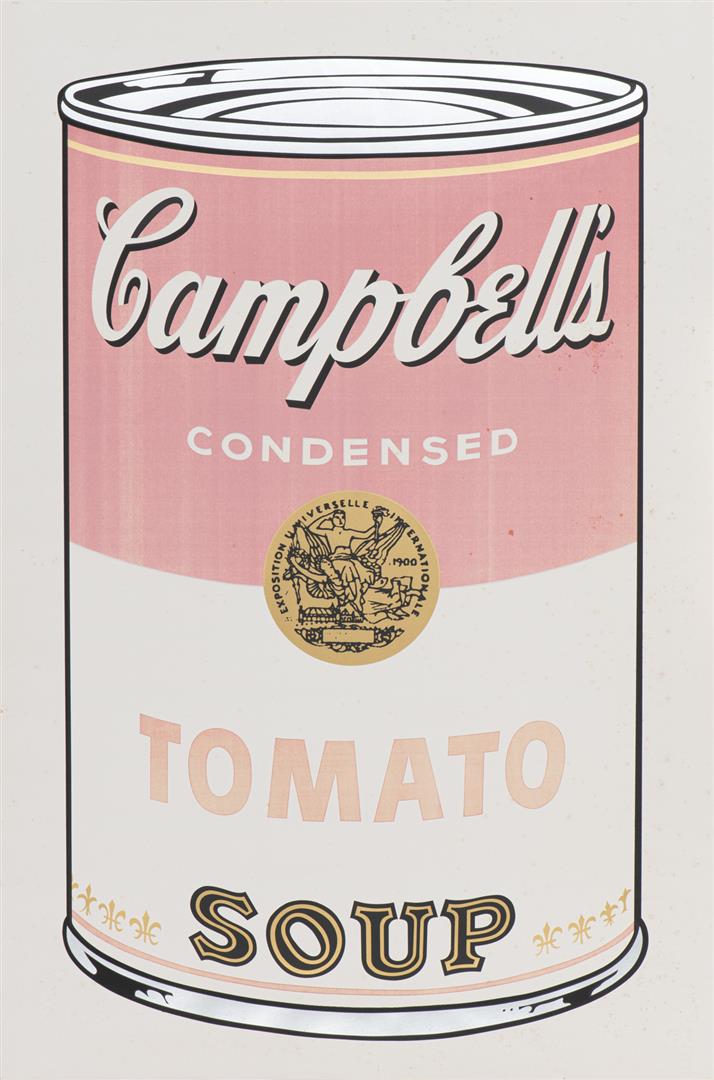 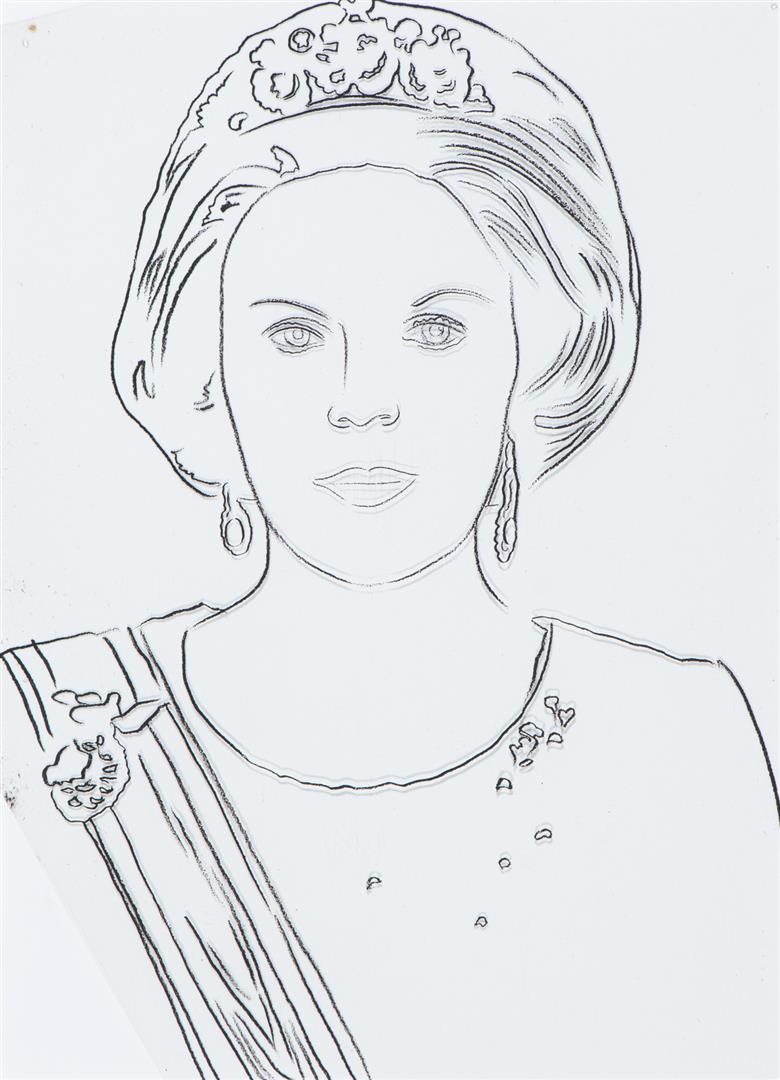 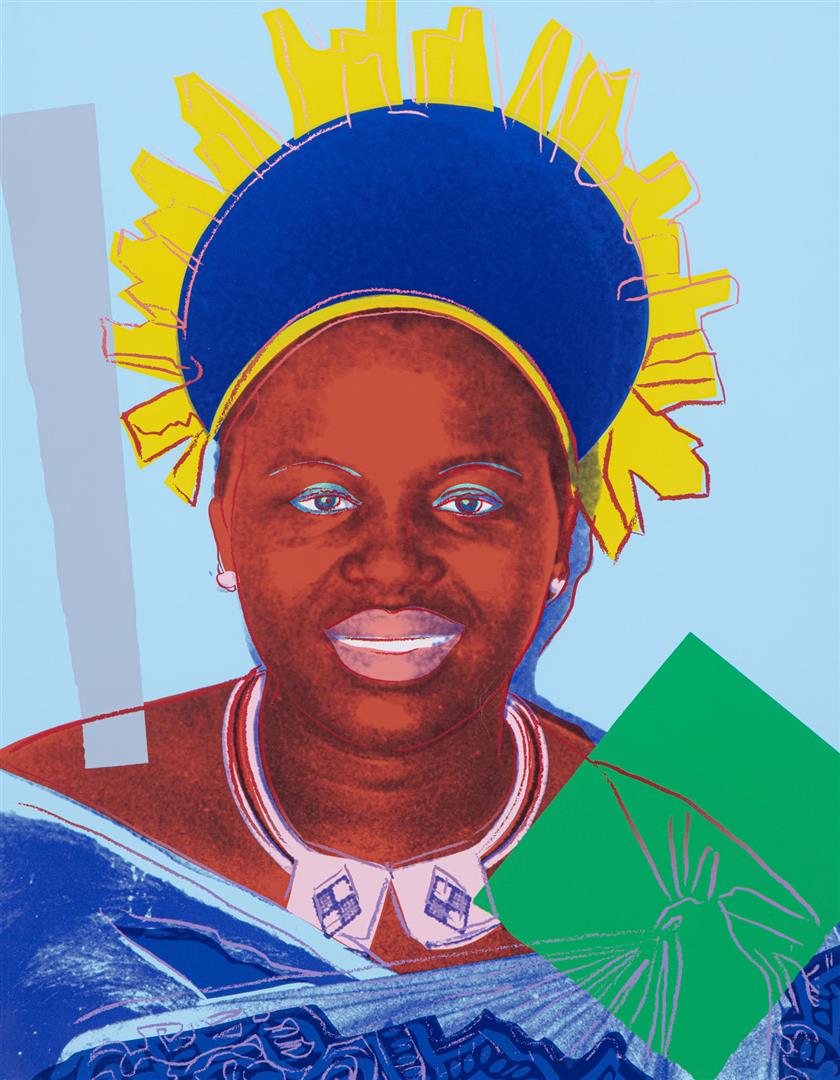 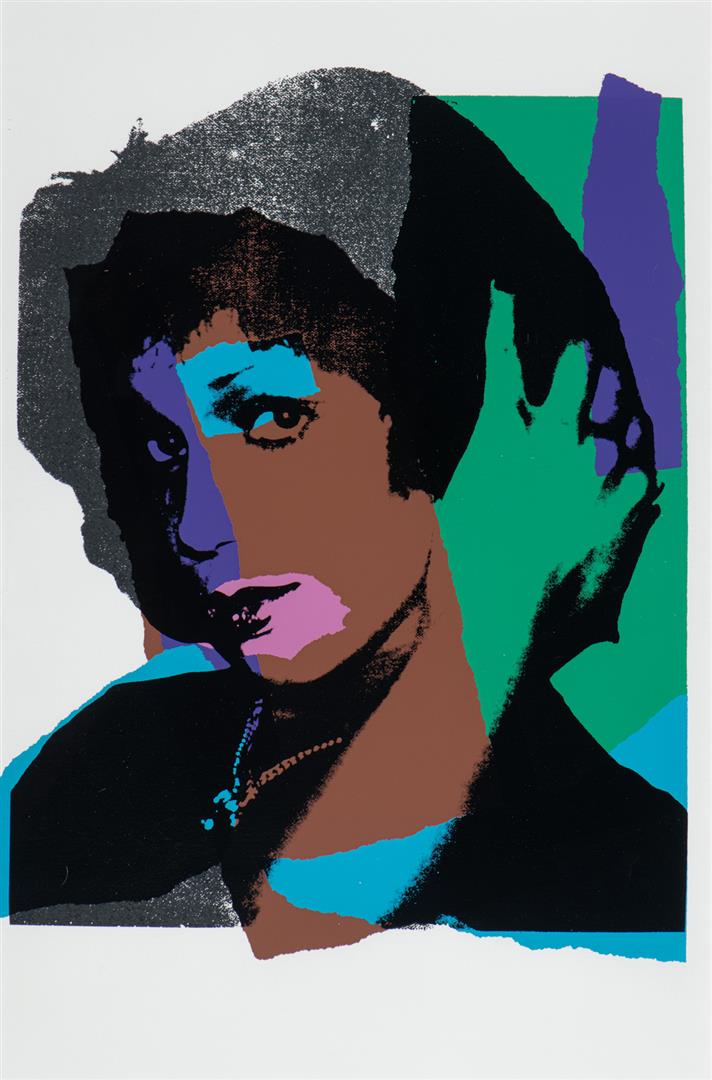 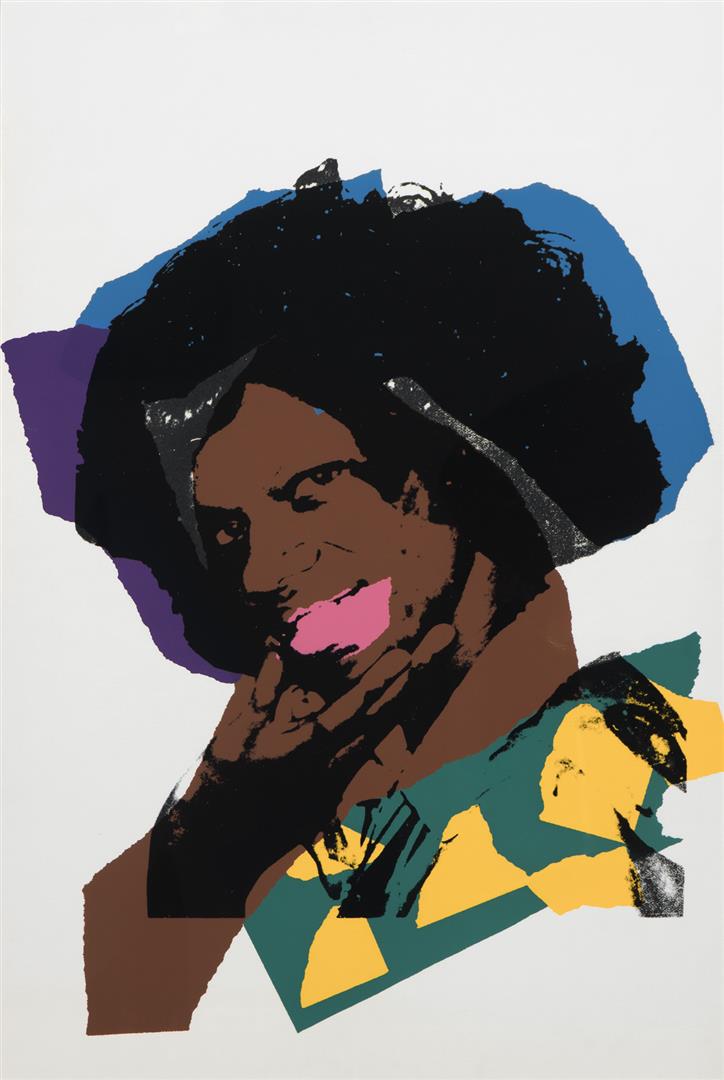 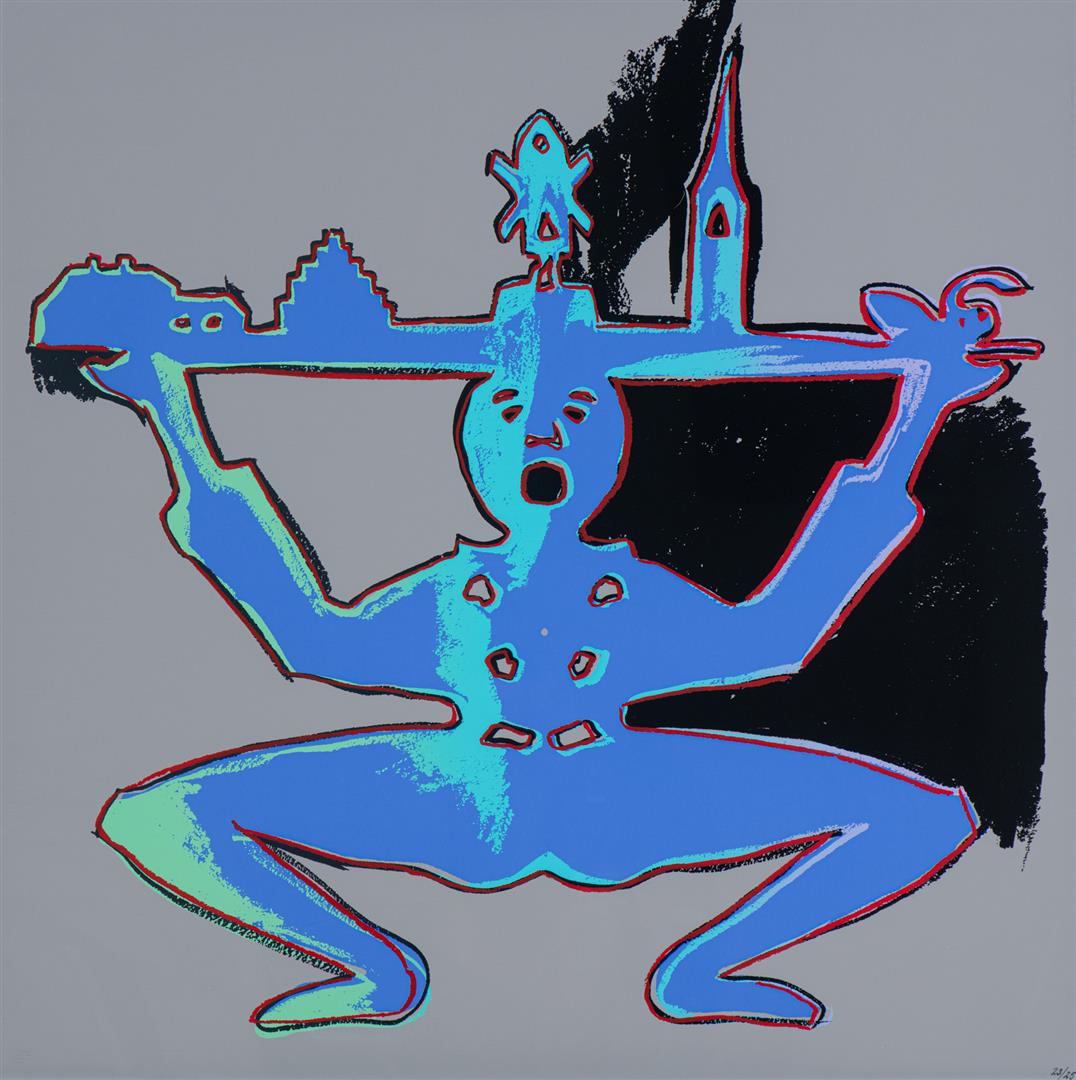 Numbered 23/25 (there were also 8 artist's proofs) lower right and numbered 23/25 and signed on the reverse by the executor of the estate of Andy Warhol, the publisher, and the printer in a stamped certificate of authenticity Printed by Rupert Jasen Smith, New York (blindstamp) Published by Art Expo Danmark, Odense Screenprint ... 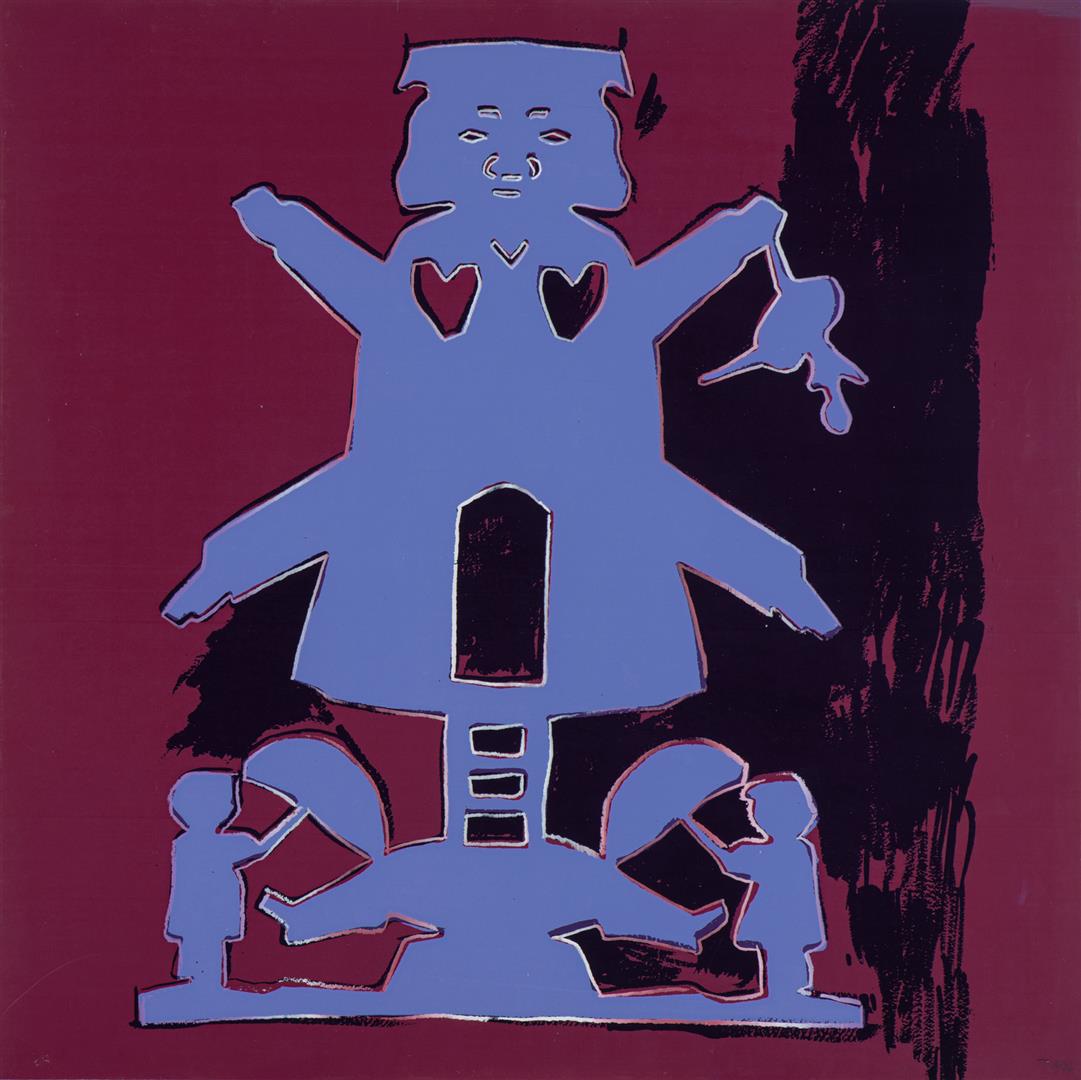 Unique print Numbered TP 30/36 (one of 36 unique trial proofs, the edition was 25 and 8 artist's proofs) lower right and numbered TP 30/36 and signed on verso by the executor of the estate of Andy Warhol, the publisher, and the printer on a stamped certificate of authenticity Printed by Rupert ... 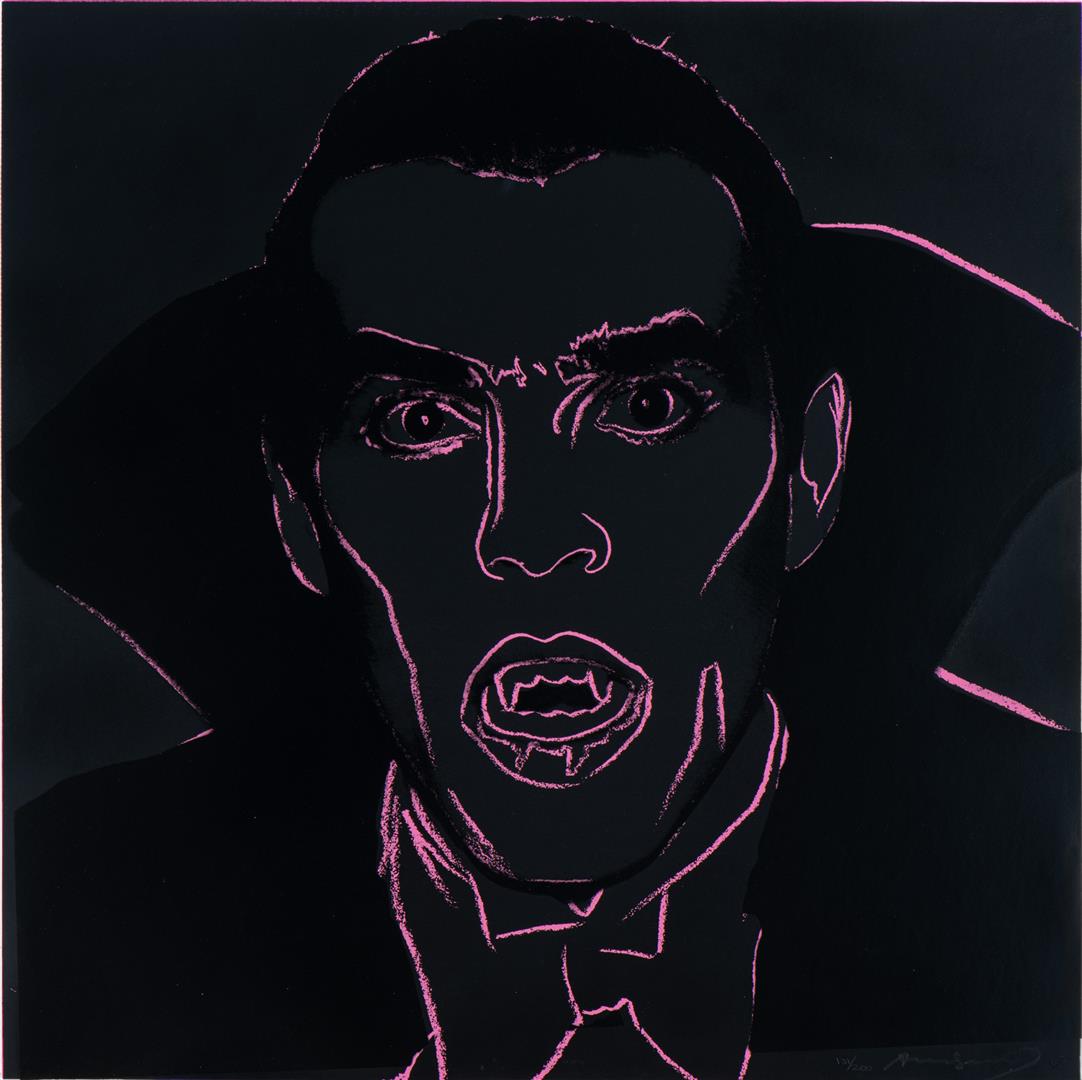