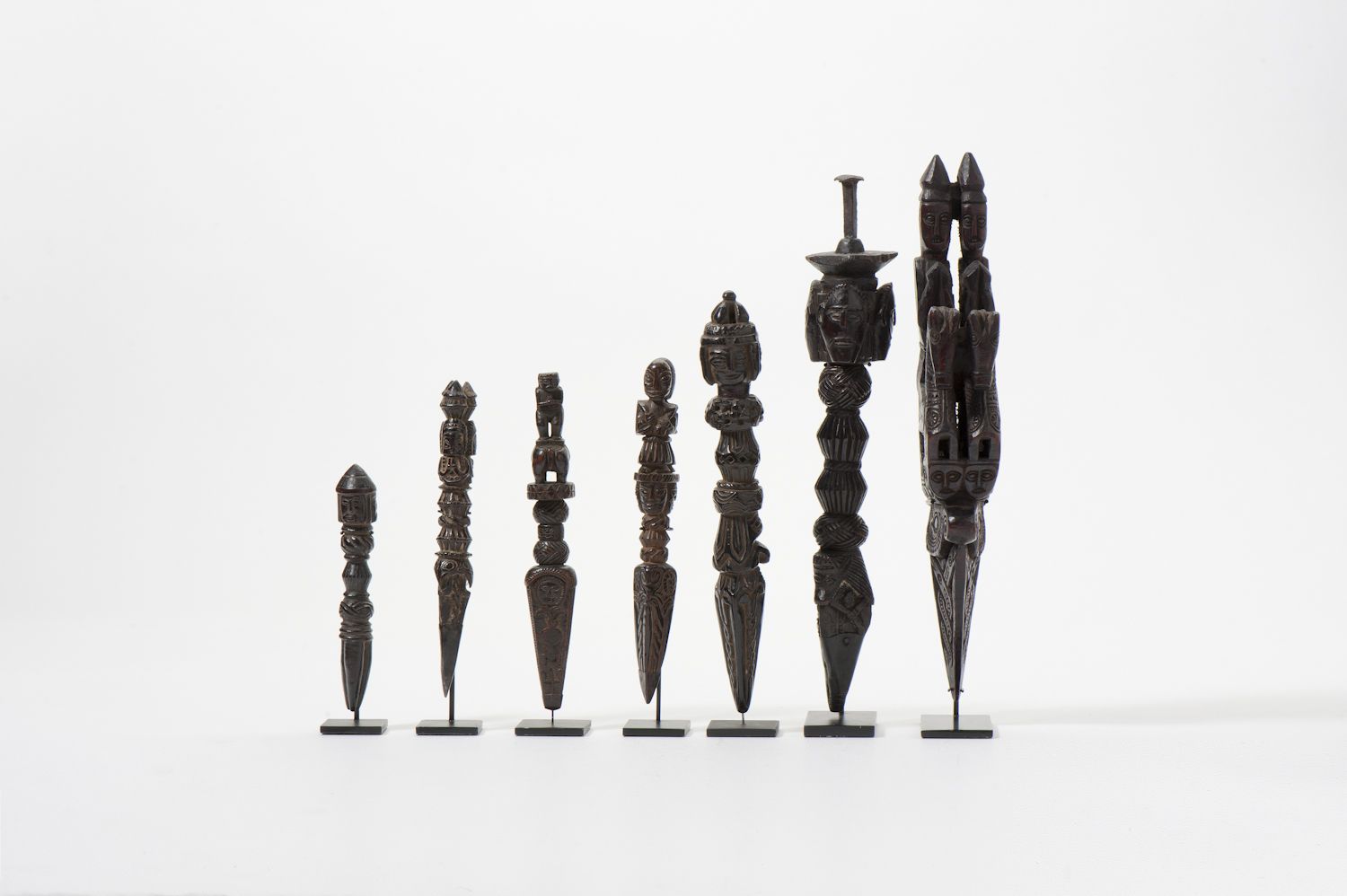 Seven wooden Purbhus
West Nepal, 19th century
From small to large:
A wooden Purbhu, magical dagger with three abstract faces.
A Purbhu with three figurines with their hands in the Namaskara mudra. The three sided point coming from the mouths of three Makara heads.
A Purbhu with two figurines standing on an animal with their hands in the Namaskara mudra. The three sides of the dagger have different scenes in relief on each side.
A Purbhu with two standing figurines on four heads, the three sided point comes from the mouth of a stylised Makara head, the three sides of the dagger are decorated with snakes and a flower rosette.
A Purbhu with stylised heads with a Vajra finial.
A wooden Purbhu with a iron finial and three masks, the dagger point comes from a stylised animal head with arms.
A wooden Purbhu with two figurines sitting on horses with their hands in the Namaskara mudra, below them are two round faces the three sided dagger decorated with snakes comes from a Makara head. Below the horses on each side are round faces and ritual objects. All the Purbhus are made of wood decorated in relief.
H. 17.8, 24.6, 22.5, 24, 30.3, 38.6 and 39.5 cm (excluding base)
Provenance: Private collection, Germany
(7x)