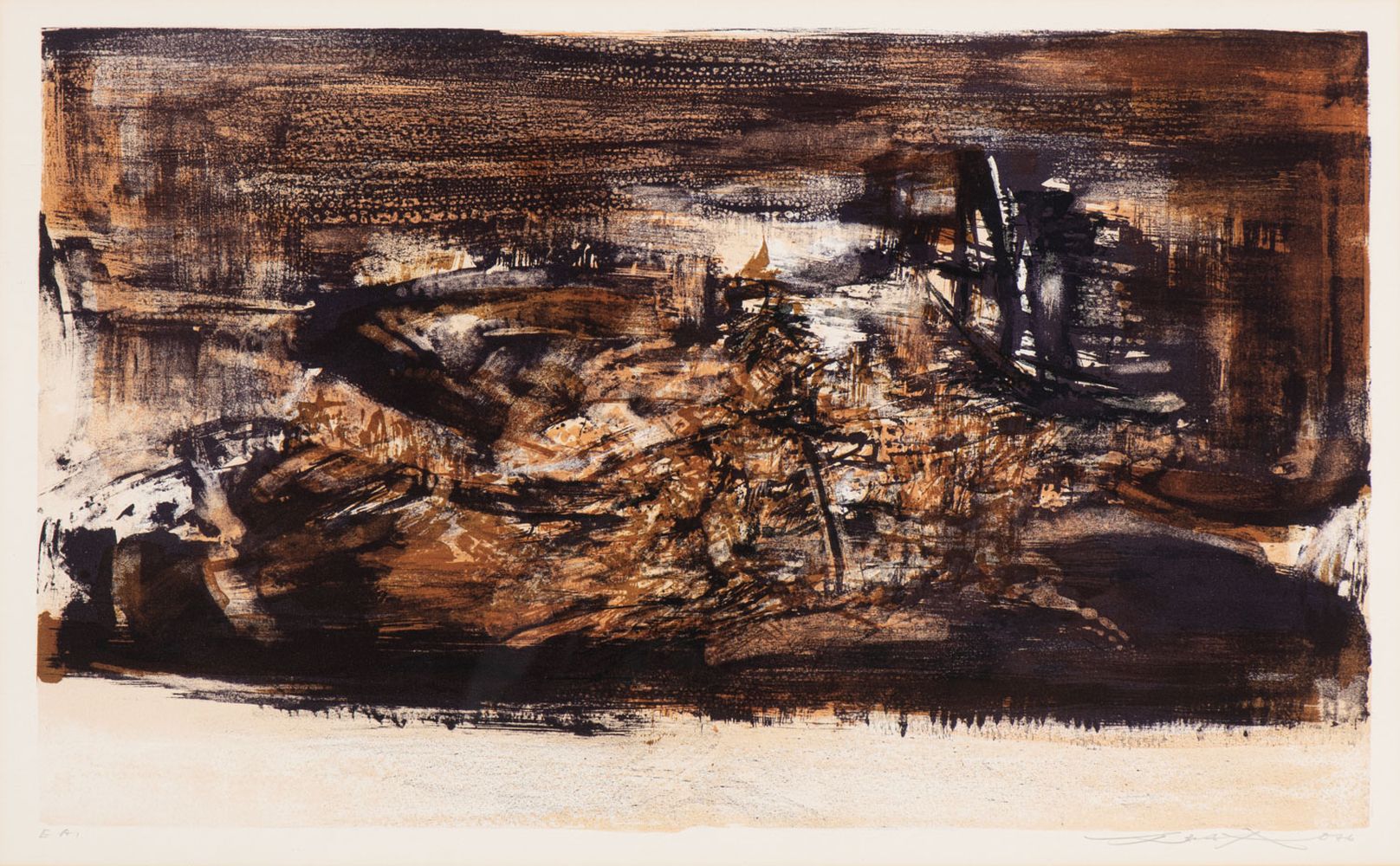 Zao Wou-Ki
(Peking 1920 – Nyon 2013)
A la Gloire de l’Image et de l’Art Poétique (In Honour of the Picture and of Poetry) (1976)
Signed and dated 76 lower right
Numbered E.A. lower left
Colour lithograph on Arches paper, 43.8 x 68.6 (image size) / 49.9 x 74.8 cm (sheet size)
Provenance:
– Private collection, the Netherlands
Note:
From the portfolio suite of fifteen lithographs for the book written by Roger Caillois A la gloire de l’image et Art poétique.
Bejing-born artist Zao Wou-Ki was one of the titans of Chinese art in the post-war period, and bridged the divide between Eastern and Western traditions.
In his art, he synthesised the tenets of modernism, calligraphy, and traditional Chinese landscape painting. He developed a unique style defined by contrasting colours, intense linework, and lyrical abstraction.
When living in Paris, Zao immersed himself in the city’s avant-garde scene and befriended artists including Alberto Giacometti, Joan Miró, Joan Mitchell, and Sam Francis. During his lifetime, he exhibited worldwide and received the Japan Art Association’s Praemium Imperiale Award for Painting and the Ordre national de la Légion d’honneur. Today, his work can be found in the collections of the Louvre, the Centre Pompidou, the Guggenheim Museum, the Metropolitan Museum of Art, and Tate Britain, among many others.