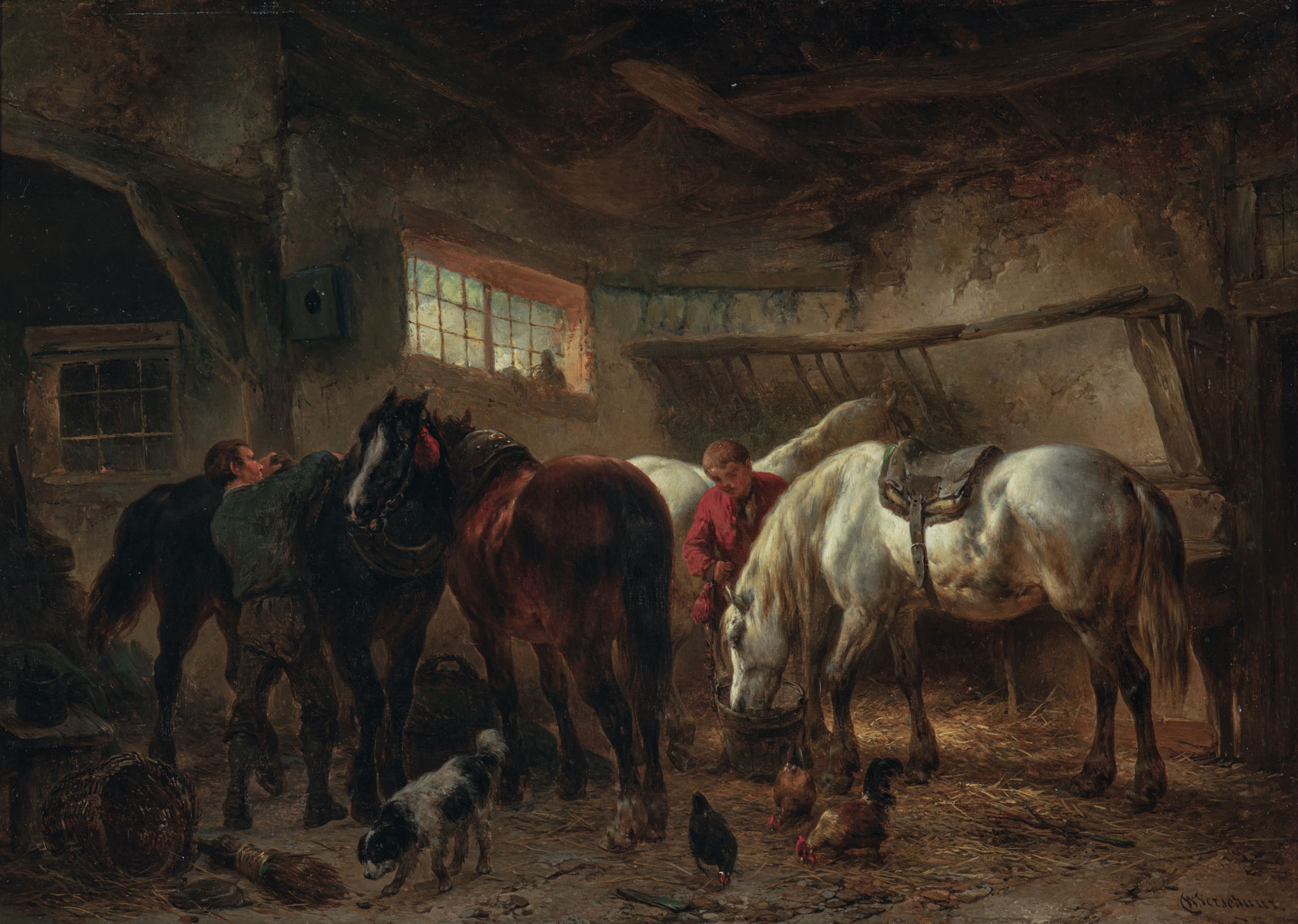 Wouterus Verschuur
(Amsterdam 1812 – Vorden 1874)
Tending the Horses
Signed lower right
Oil on panel, 36.4 x 51.5 cm
Provenance:
Private collection, the Netherlands
Note:
Wouterus Verschuur I, was one of the most competent Dutch painters of animal subjects and landscapes. He is one of the later representatives of Romanticism in Dutch art. Born in Amsterdam, Verschuur received his training from the landscape and cattle painters Pieter Gerardus van Os (1776-1839) and Cornelis Steffelaar (1797-1861). He was taught how to depict animals vividly and realistically and became a master at capturing the physique and movement of these animals to perfection. From an early age, Verschuur was regarded as a very talented and successful painter, and his reputation abroad was also considerable. He was often featured in the annual exhibitions that toured the large European cities at that time. Verschuur became best known for his paintings of horses. As a true-born romanticist, he knew how to reveal the character of the horses in his paintings, as can be seen in this work on offer. The popularity of his art provided him with sufficient funds to travel widely. He made frequent trips to Gelderland and Brabant and abroad to Switzerland and Germany. From 1858 to 1868, Verschuur lived in Haarlem, where he taught Anton Mauve (1838-1888) and his son Wouterus Verschuur jr. (1841-1936), who, like his father, specialised in painting horses.