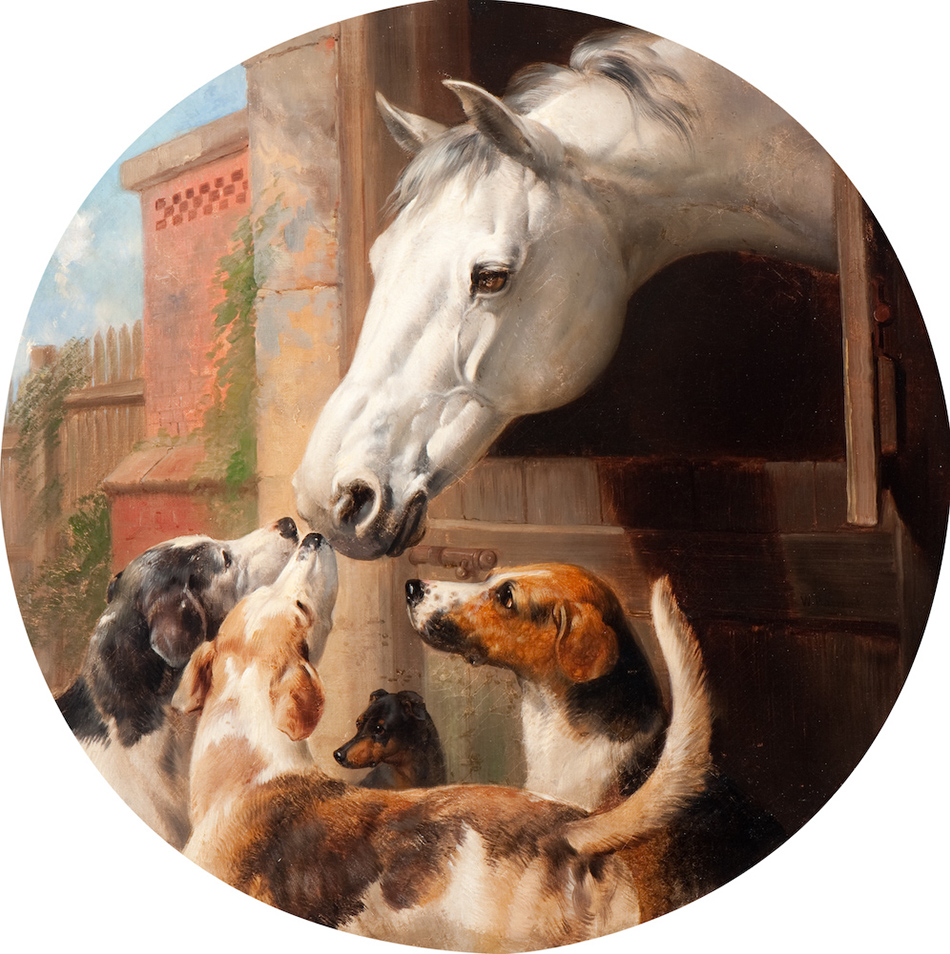 William Barraud
(London 1810 – Kensington 1850)
The greeting
Signed m.r.
Oil on canvas, 66.8 x 67.3 cm
N.B.:
The British William Barraud spent his entire life in London. There he mainly worked together with his brother (1811 – 1874), with whom he also shared a studio. Both brothers painted a large number of paintings which were regularly exhibited at the Royal Academy. William painted mainly animals, particularly horses and dogs, Henry was specialised in figures and landscapes. Williams first painting was exhibited in 1828 when he was eighteen years old. The Victoria and Albert Museum has a work by Barraud in its collection.