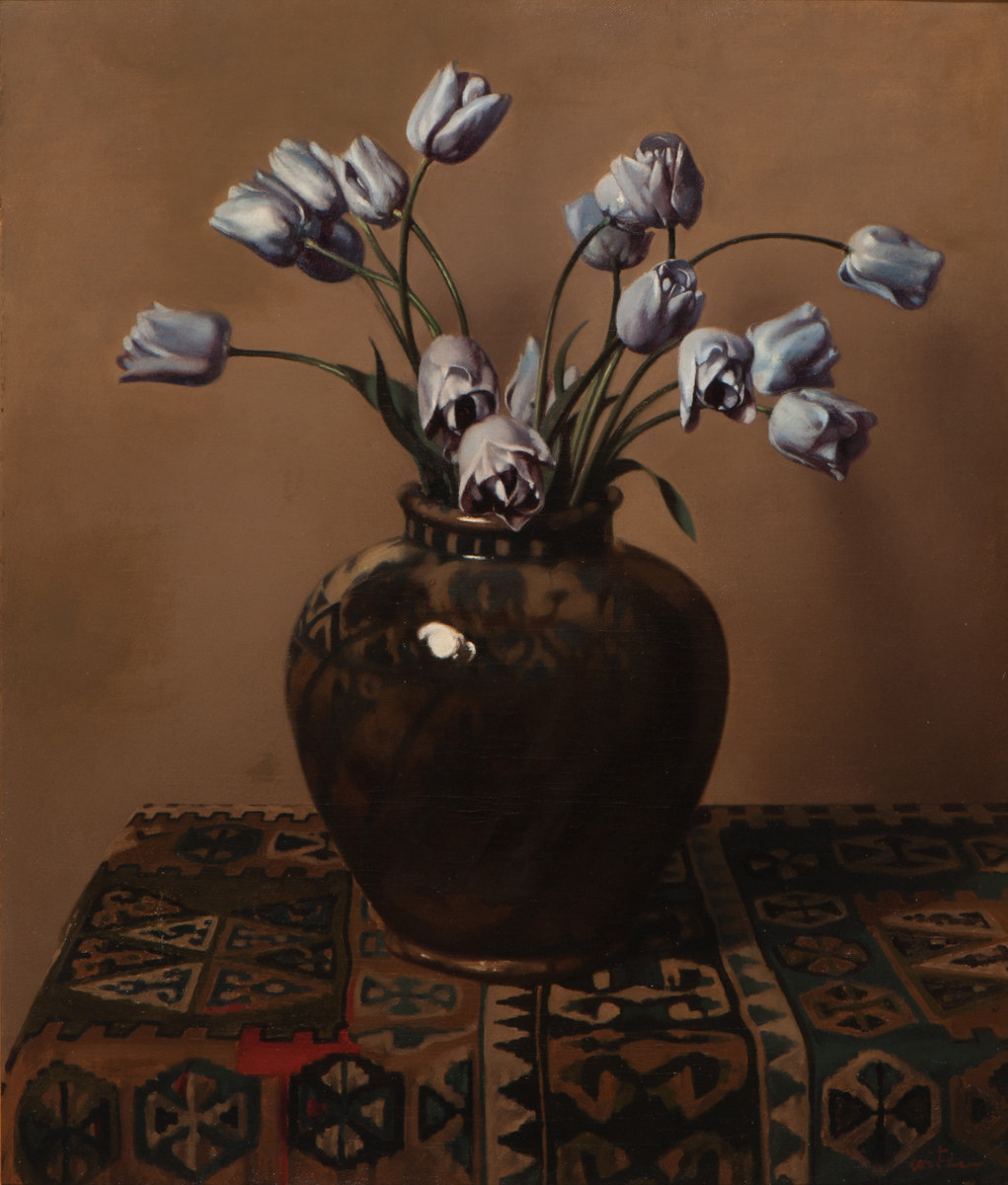 Willem Witsen
(Amsterdam 1860 – 1923)
Still life with tulips in a vase
Signed l.r.
Oil on canvas, 70 x 60.3 cm
N.B.:
Witsen studied from 1876-1884 at the Rijksacademie van Beeldende Kunsten in Amsterdam. During his study Witsen was a committee member of the artists society Sint Lucas and in 1885 he founded the Nederlandse Etsclub (Dutch Etching Club). Willem Witsen was part of the movement called ‘de Tachtigers’, a group of young Dutch artists that were artistically and politically influential. Witsen was inspired by a variety of subjects in his work. He painted portraits, landscapes, still lifes and cityscapes. In his studio in Amsterdam he received many friends, including George Hendrik Breitner and Isaac Israels who painted there. The studio on the Oosterpark, the so-called ‘Witsenhuis’, is now a national heritage site and open to the public.