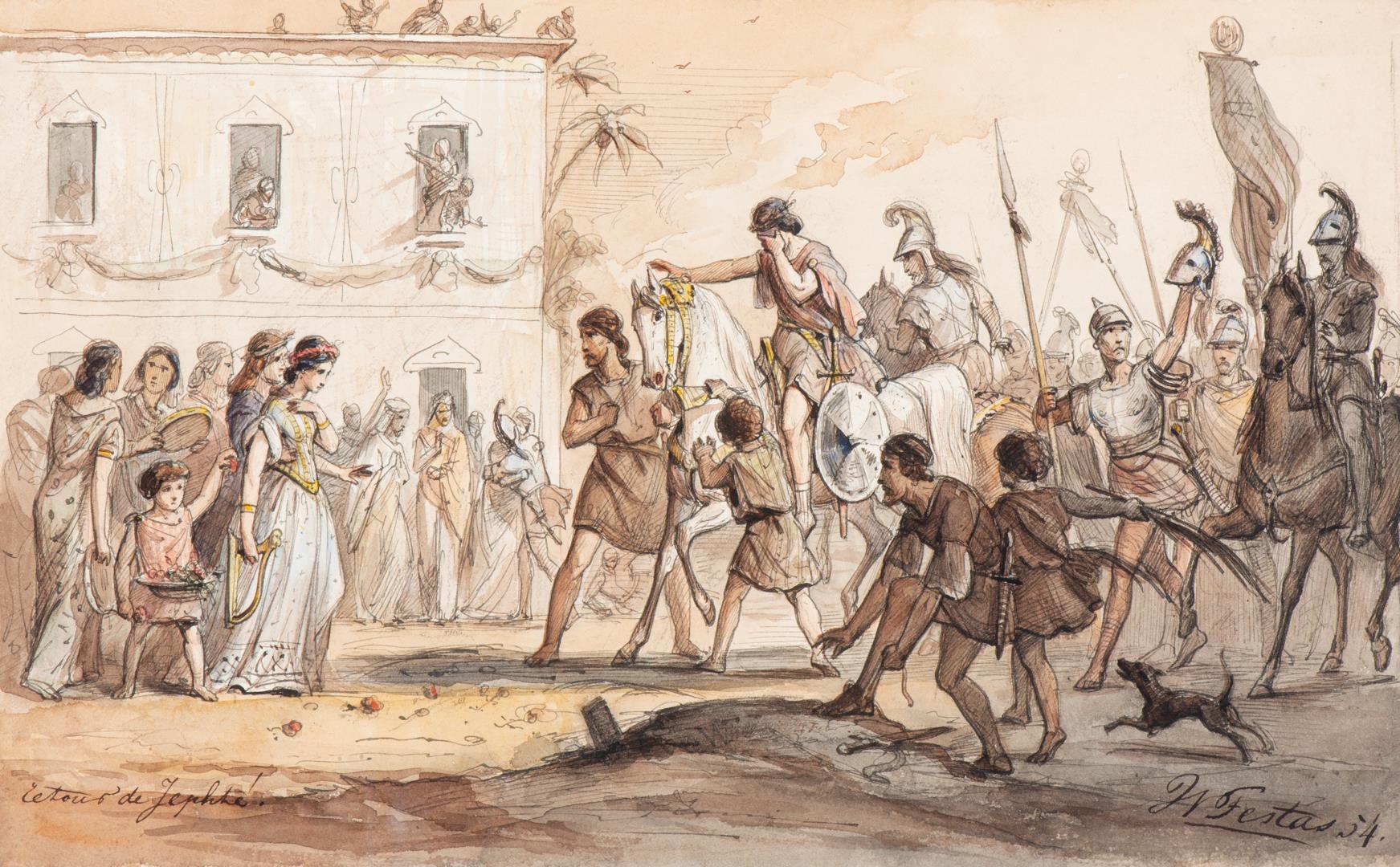 Willem de Famars Testas
(Utrecht 1834 – Arnhem 1896)
Retour de Jephté
Titled lower left
Signed and dated 54 lower right
Annotated on the reverse
Watercolour and pencil on paper, 19.7 x 34.2 cm
Provenance:
Acquired directly from the family of the artist, thence by descent to the present owner
Note:
Retour de Jephte is a biblical scene taken from the Book of Judges, chapters 10 to 12. Jephthah, having been born illegitimately, is driven out by his half-brothers and takes up his dwelling in Tob, east of Gilead. Jephthah led the Israelites in battle against Ammon and, in exchange for defeating the Ammonites, made a vow to sacrifice whatever would come out of the door of his house first. When his daughter was the first to come out of the house, the victorious Jephthah immediately regretted the vow, which would require him to sacrifice his daughter to God. Jephthah tears his clothes and cries, “Alas, my daughter! You have brought me very low!” but is bound by his vow: “I have opened my mouth to the Lord, and I cannot take back my vow”. The girl asks for two months’ grace, “…that I may go up and down on the mountains and weep for my virginity”. And so Jephthah “did with her according to his vow that he had made”.