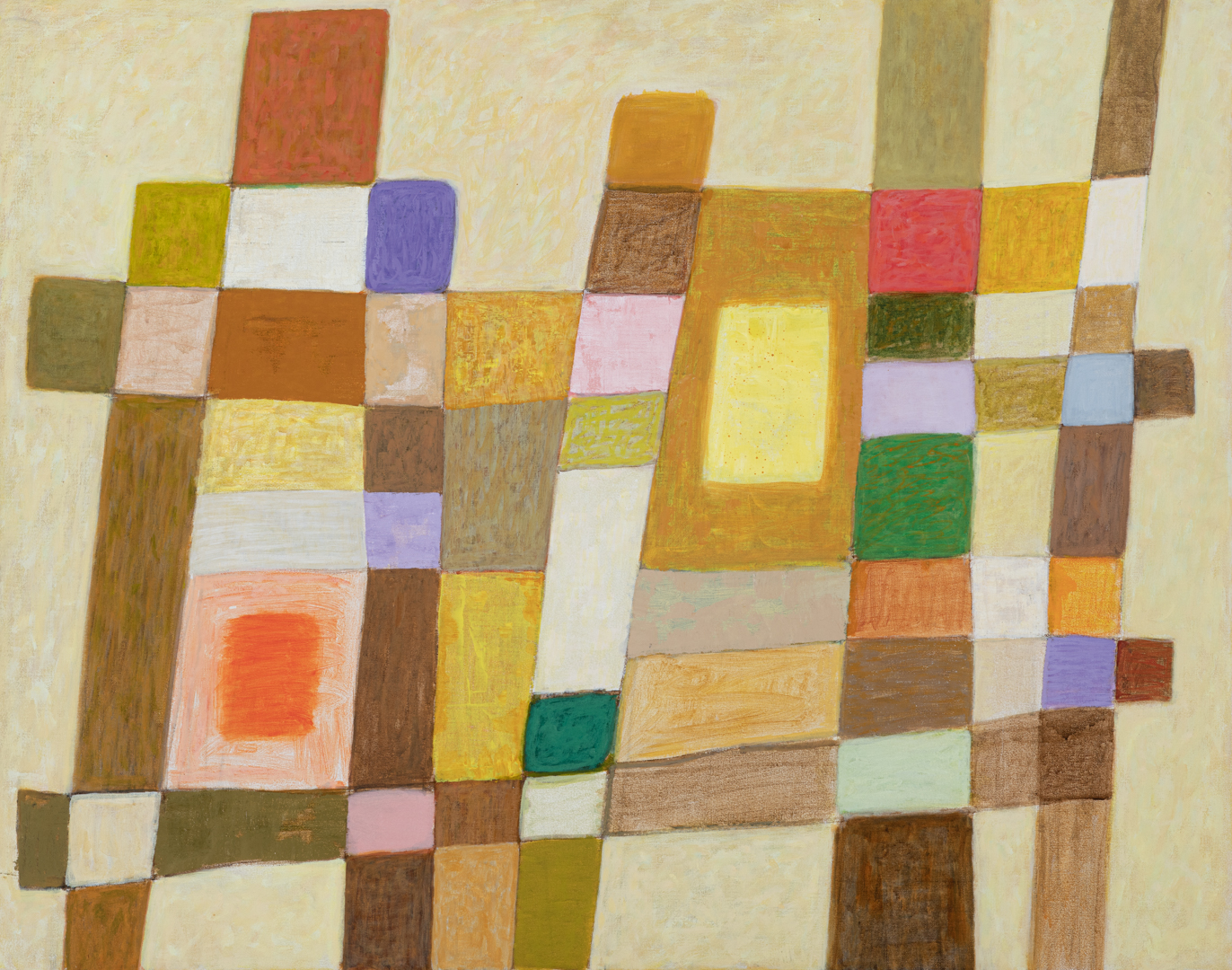 Will Leewens
(The Hague 1923 – 1986)
“Echo van het morgenlicht” (Echo of the Morning Light)
Signed and titled on the stretcher
Oil on canvas, 72.1 x 91.8 cm
Provenance:
– Auction Sotheby’s, Amsterdam, 1 June 1994, lot 13
– Private collection, the Netherlands
Note:
Willibrordus Joseph (Will) Leeuwens (best known as Will Leewens) was a Dutch painter and sculptor. His style was influenced by Georges Braque and Joan Miró, among others. He signed his work with Will Leewens or even shorter: Will. His work is considered to be part of the New Hague School art movement