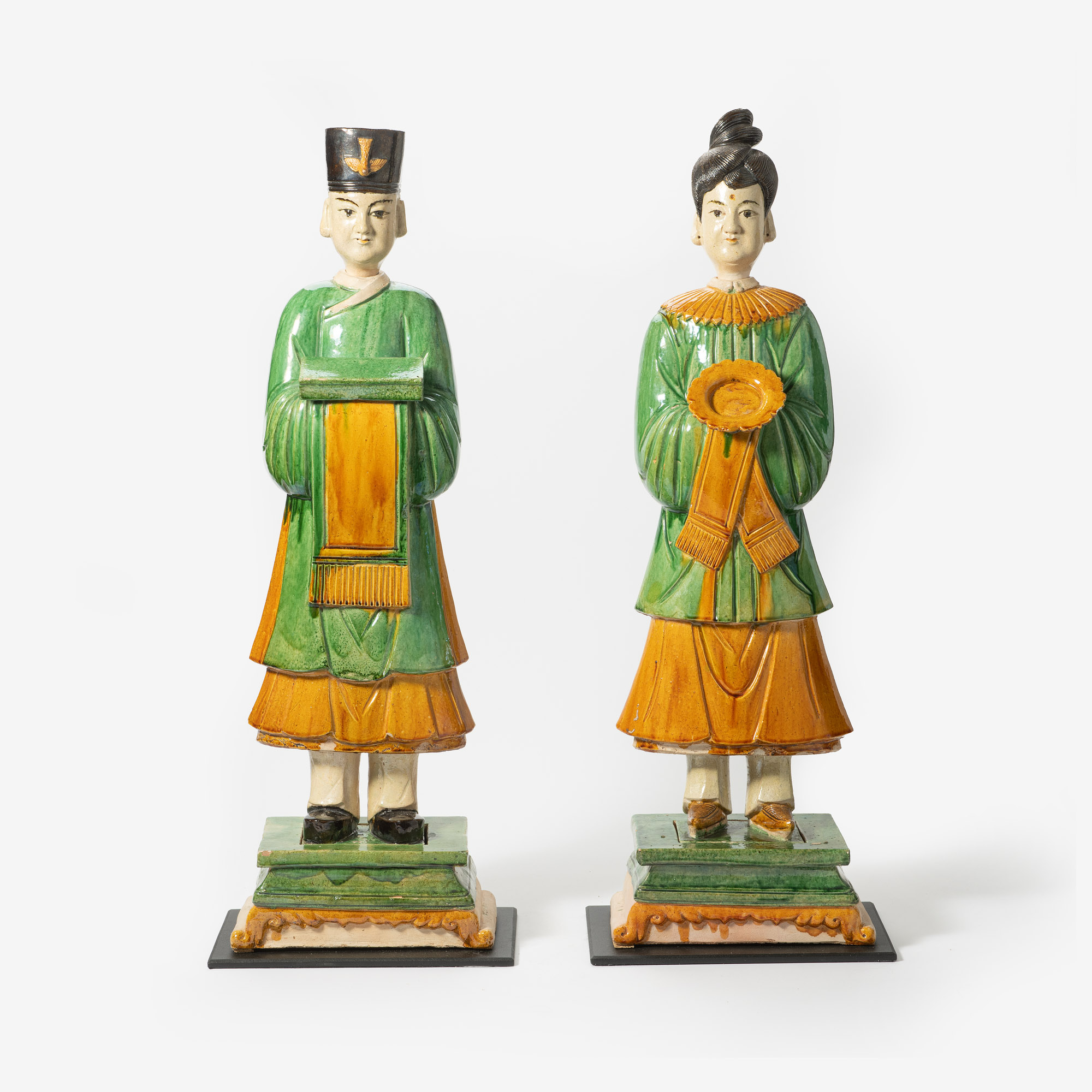 Two Chinese sancai-glazed standing figures
Ming dynasty (1368-1644)
Both standing on a stepped rectangular base, the female figure holding a dish and the male figure a box, both glazed in brownish-black, ochre and green tones.
H. 81.8 / 84.5 cm
(2x)
Note:
The dating of this lot corresponds to the results of the thermoluminescence test no. 208.95 from the University of Hong Kong, 10 October 1995.

Grave goods were an important status symbol in ancient China. A large number of sculptures in the shape of human figures have been found in Chinese tombs, indicating the need for assistance in the afterlife. These grave goods have a long and famous history in Chinese culture, dating back to the time of the First Emperor, Qin Shi Huang, founder of the Qin dynasty, whose terracotta army is widely known as the most impressive example of terracotta grave goods. This beautiful pair was made during the Ming Dynasty. Mainly thanks to economic success and technological advances, the Ming dynasty hosted some of China’s most renowned artistic achievements, as you can see from this beautiful sancai-glazes pair of human figures. Each figure is similarly decorated in a rich green and yellow glaze, and stands on a rectangular base. They both wear a robe with long sleeves and they are standing with an offering held forward: the female figure is holding a bowl and the male figure is offering a box. Figures such as these were usually part of a larger grouping and meant to attend the deceased in the afterlife.