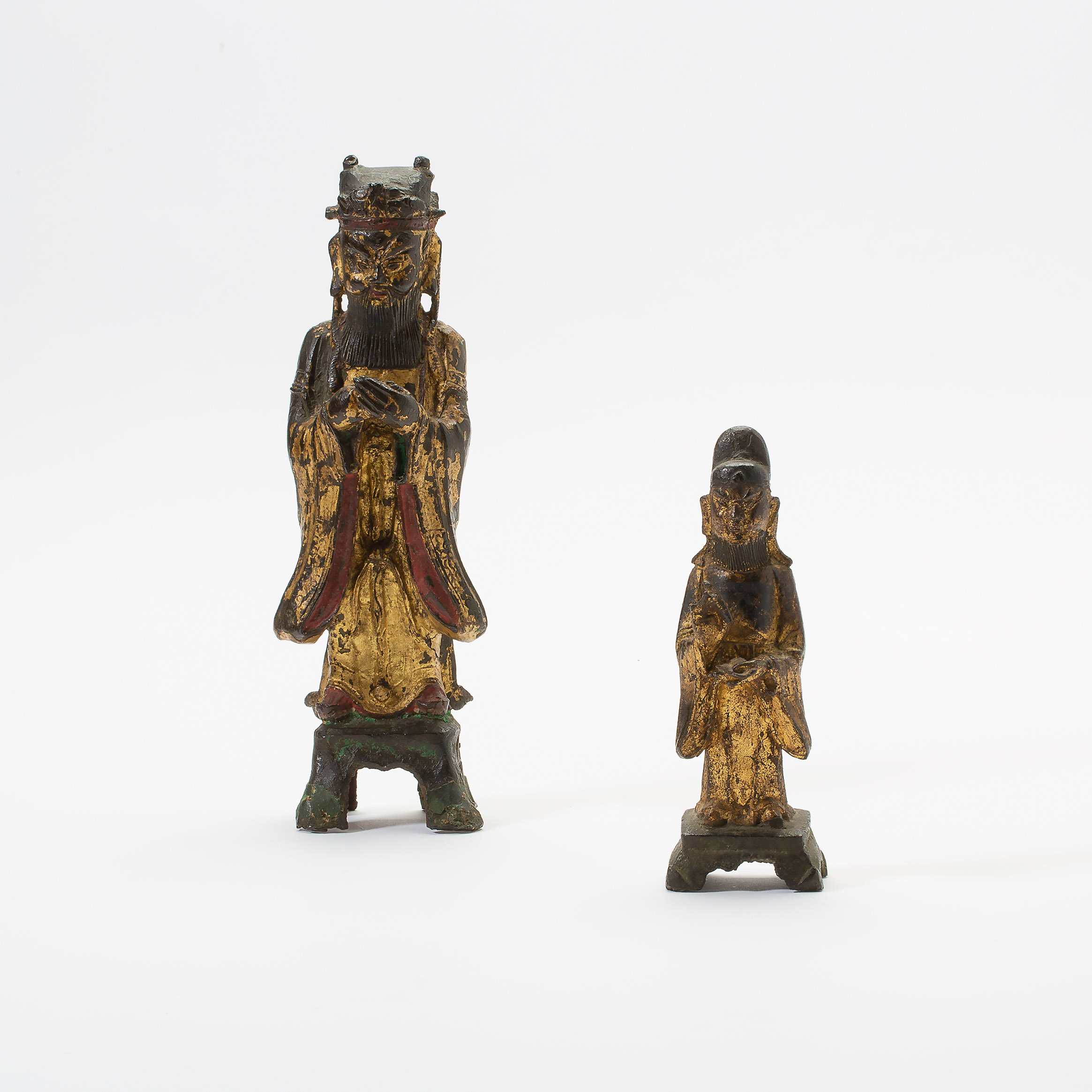 Two Chinese gilt-, red- and black-lacquered bronze figures of an official and an immortal
Ming dynasty, 17th century
The first standing on a rectangular pedestal, holding pencil and scroll, wearing various garments, his face displaying a severe expression, with beard and topped with a hat. The second standing on a pedestal on four legs, his hands clasped in front of his breast. His face displaying a stern expression with raised eyebrows, long beard and moustache framing his mouth and his head topped with a cap.
H. 19.3 / 29.5 cm
Provenance:
– Private collection, the Netherlands (assembled from 1950 till the 1990’s)
– By descent to the present owner
(2x)