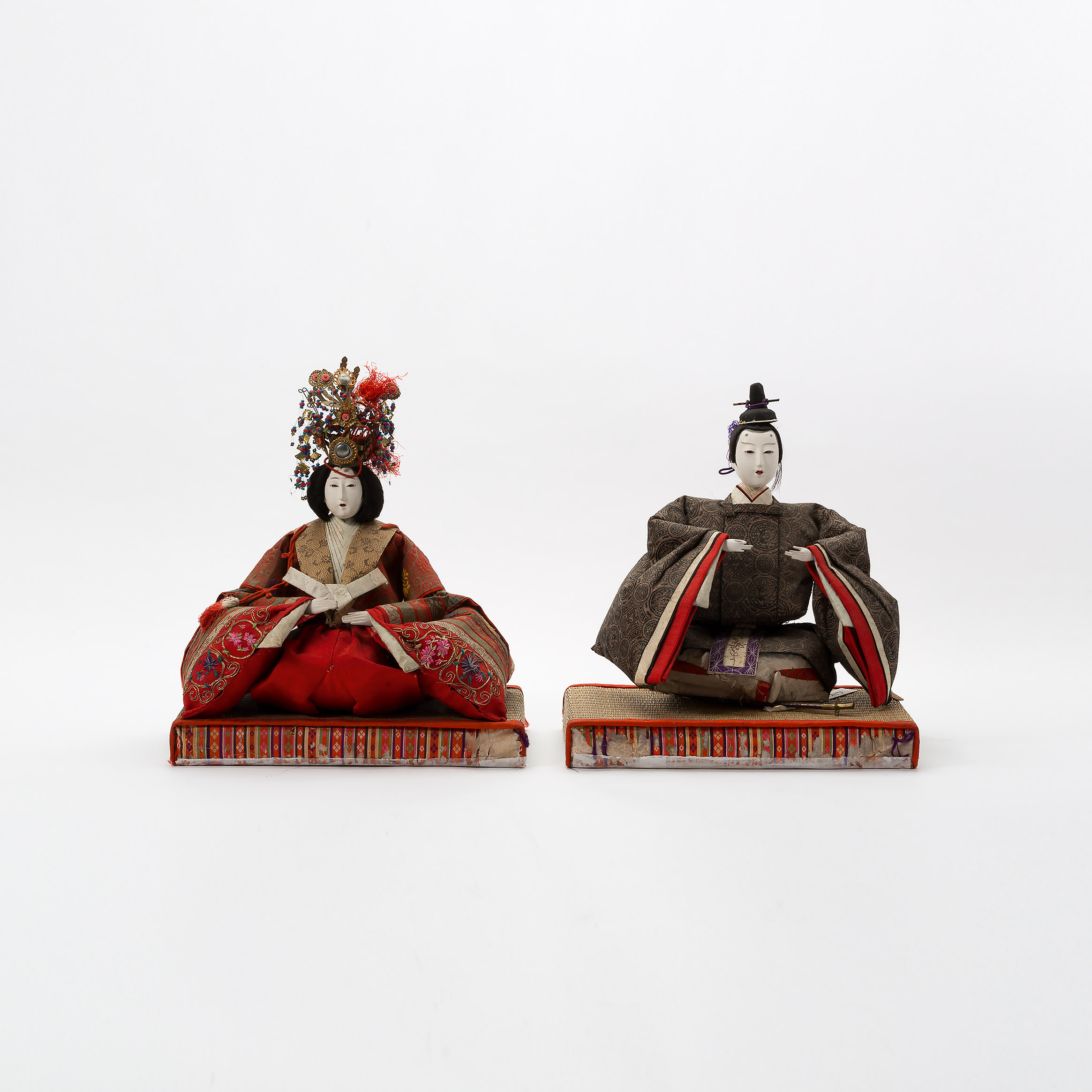 Two Japanese Hinamatsuri-festival dolls
Late Edo period (1603-1868) – Meiji period (1868-1912)
Modelled as the emperor (O-Dairi-sama) and empress (O-Hina-sama), wearing red silk and brocade dress, with white lacquered wood faces and hands. In two wooden boxes (not illustrated).
H. 38 cm
N.B.:
These types of doll were used for Hinamatsuri, which translates as ‘Girls Day’ or ‘Doll’s Day’ and is celebrated on the third of March. A tiered platform, covered by a red cloth, is used to display an arrangement of ornamental dolls called hina-ningyō. The custom of displaying these dolls began during the Heian period when it was believed the dolls could retain evil spirits and therefore provided protection to the owner. A superstition related to Hinamatsuri says that a family that forgets to put the dolls away by the fourth of March will forsake the chance of a marriage for their daughter, the owner of the dolls.
(2x)