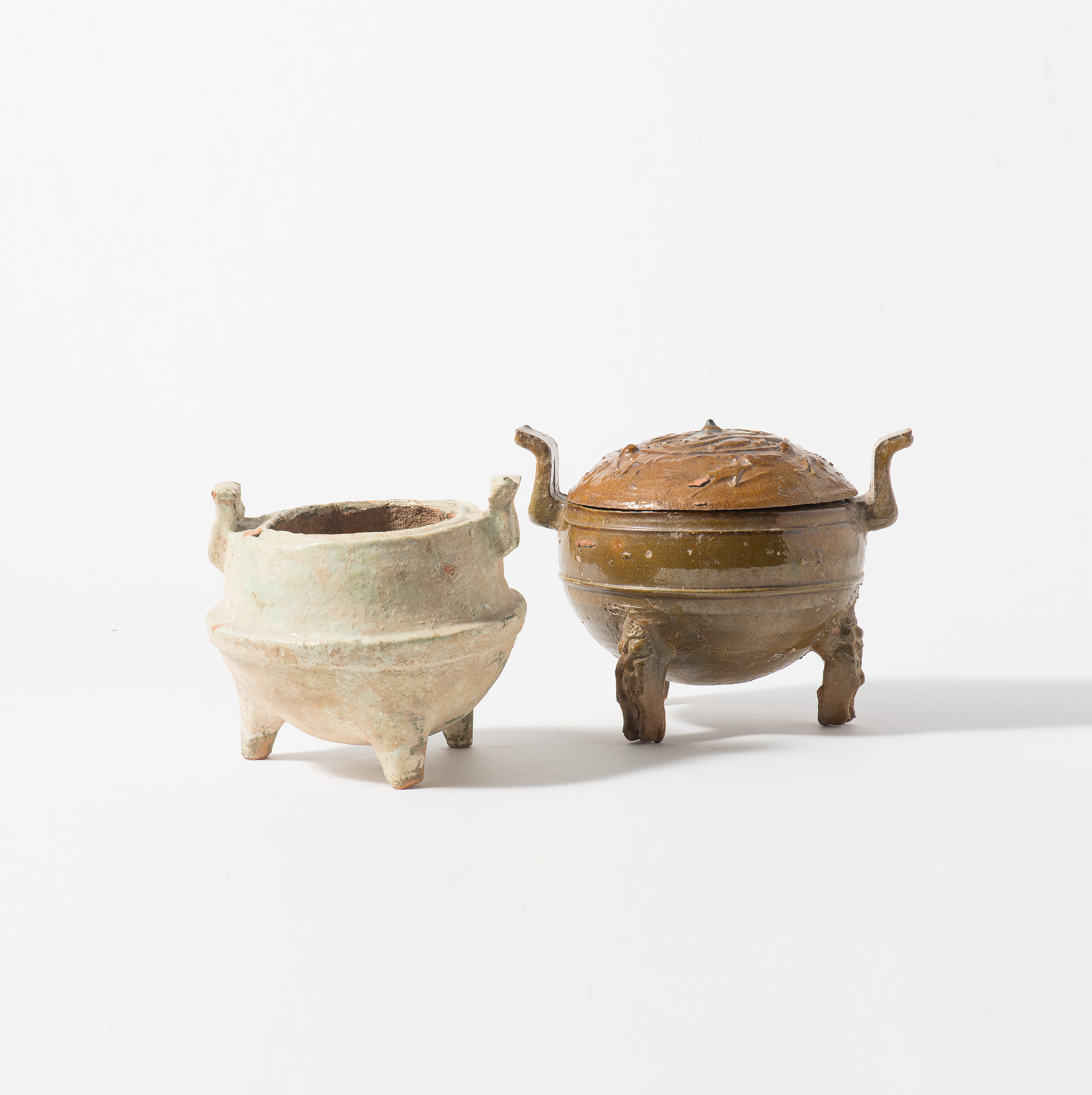 Two Chinese archaic glazed earthenware censers, ding
Han dynasty (206 BC – 220 AD)
Both on tripod feet and with two rectangular handles, the first with an iridescent green glaze, the second with an ochre glaze, the three feet as figures, the slightly domed cover with two central dragons surrounded by phoenix, a monkey and a deer.
H. 16.4 / 18.7 cm
Provenance:
– Auction Christie’s Amsterdam, 18 November 1997, lot 277 (the second)
– Private collection, The Netherlands (the first since 1995)
(2x)