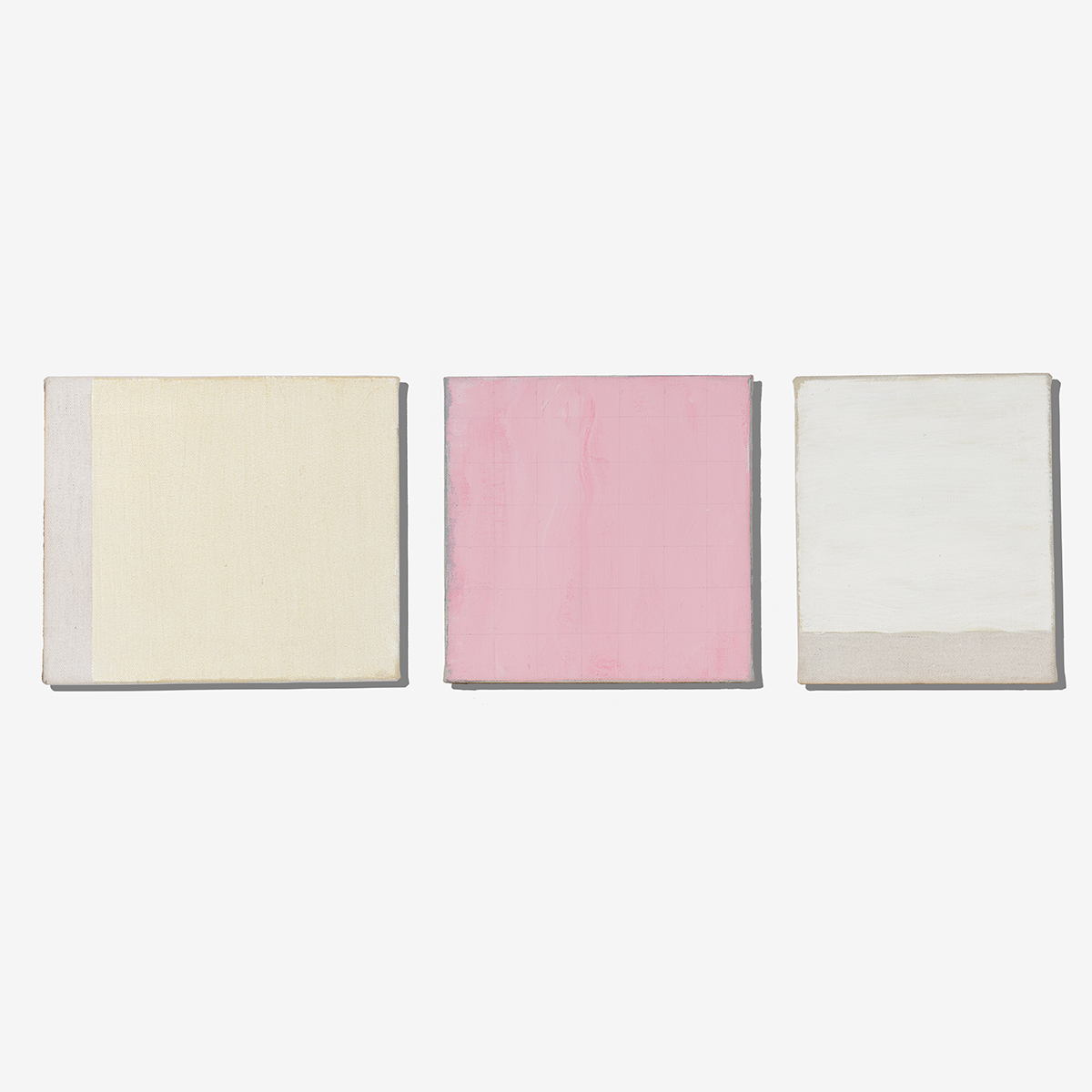 Tomas Rajlich
(Jankov 1940)
Untitled (triptych) (1988)
Signed and dated 88 on the reverse
Acrylic on canvas, each 30.4 x 35.3 cm / 30 x 30 cm / 30.5 x 25.3 cm
Provenance:
– Private collection, acquired from the artist (c. 1988)
– Auction Christie’s, Amsterdam, 5 June 2007, lot 278
– Auction Venduehuis der Notarissen, The Hague, 19 April 2018, lot 87
– Private collection, the Netherlands
(3x)
Note:
Tomas Rajlich enjoyed his arts education in Prague, at the School of Decorative Arts and the Academy of Fine Arts. He trained as a sculptor and soon opted to work in the geometric vein. In 1966, he co-founded the Klub Konkretistů, the Czech equivalent of Nul or Zéro, which acquired him national fame. In 1969, Rajlich decided to leave his homeland due to the Soviet Occupation and settled in the Netherlands. He started teaching at the Vrije Academie in The Hague, where he found his vocation to become a painter. When he appeared on the scene in the first half of the 1970s, he was often associated with Minimalism and Fundamental Painting, a movement which included Robert Ryman, Robert Mangold, Agnes Martin, and the early works of Brice Marden and Gerhard Richter. For Rajlich, the grid is the measure of all things, and therefore his starting point is usually a network of horizontal and vertical lines, which he lays down and then covers with loose brushwork. The result – constructed with an exceptional feel for colour, sheen and the substance of his materials – is a painted surface in which texture and structure predominate.

Under the loosely applied paint strokes in pink tones is a grid drawn by pencil, which gives this triptych a spontaneous and, at the same time, a structured character. The result evokes spiritual associations. “Contrary to popular belief, I am not a strict fundamental painter,” says Rajlich. “Ideas and feelings about the cosmos, about metaphysics, also play a part in my work… I am certainly not a theoretician. For me, everything revolves around my paintings. If my work appeals to someone, that’s good; if it does not appeal to someone, that’s also good.”