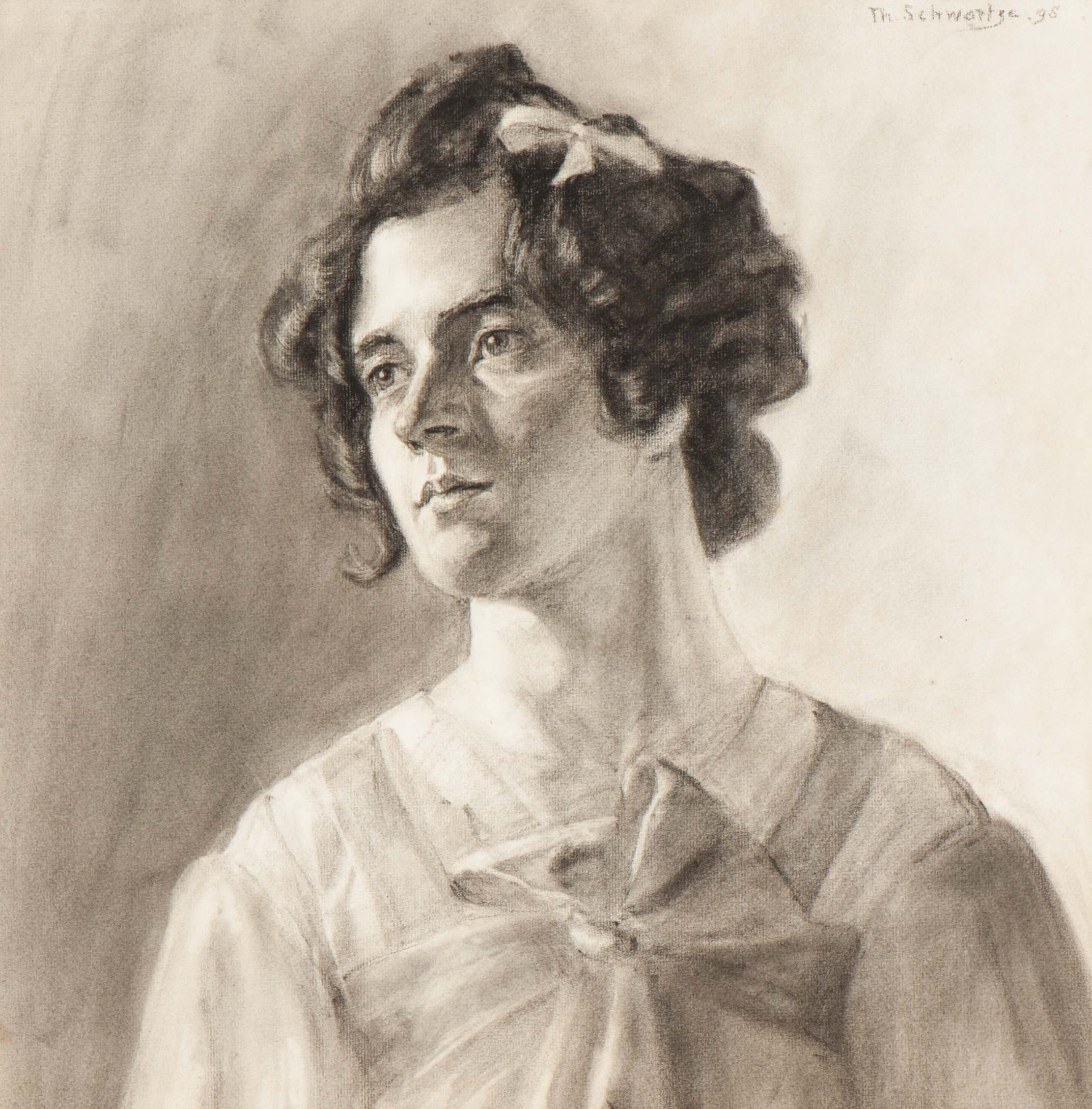 Thérèse Schwartze
(Amsterdam 1851 – 1918)
Portrait of Lizzy Ansingh
Signed and dated 98 u.r.
Charcoal on paper, 45.8 x 46 cm
N.B.:
Thérèse Schwartze was a Dutch portrait painter and came from an artistic family. Her father Johann Georg Schwartze was a painter and her sister Georgine was a sculptor. Her niece Lizzy Ansingh (1875-1959), portrayed here, soon followed in the footsteps of her aunt and became a prominent member of the ‘Amsterdamse Joffers’, a group of female artists at the end of the 19th century. The ‘Amsterdamse Joffers’ studied at the Rijksacademie van Beeldende Kunsten in Amsterdam, where they became friends and exhibited their works together. Ansingh was given her first drawing lessons by her aunt Thérèse, who encouraged her artistic development in the sixteen years she lived with her. Schwartze introduced her niece to many important painters of the period, including George Hendrik Breitner, Simon Maris and Piet Mondriaan. Schwartze only painted a few portraits of Lizzy, some of which form part of the collection of the Rijksmuseum in Amsterdam.