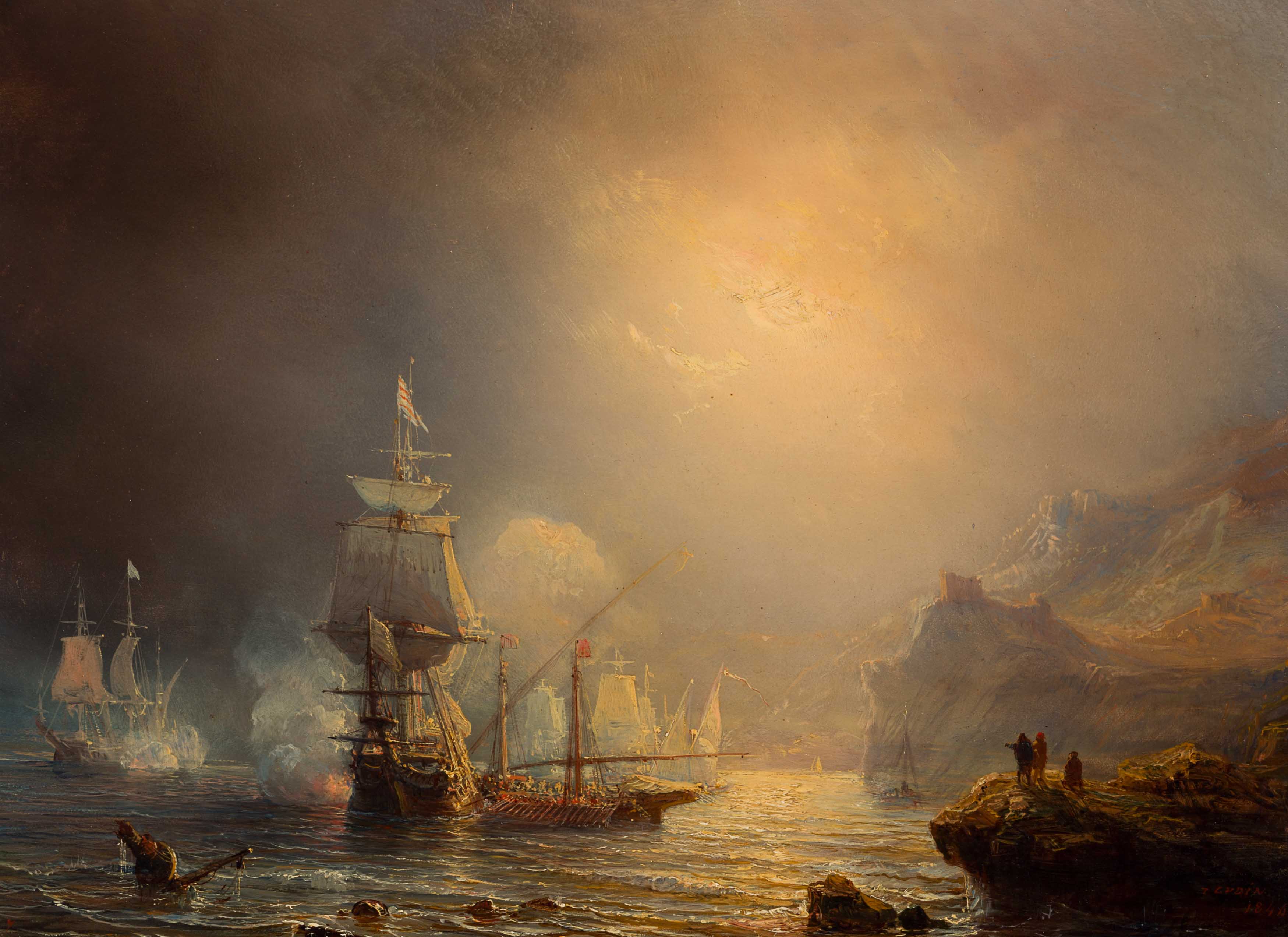 Théodore Gudin
(Paris 1802 – Boulogne-Billancourt 1880)
Barbary pirates off the coast of North-Africa
Signed and dated 1846 l.r.
Oil on panel, 30.1 x 41.2 cm
N.B.:
The Barbary pirates, often working on behalf of the government of their land of origin, were able to cause mayor difficulties for the European merchant fleets. The famous Dutch naval hero Maarten Harpertszoon Tromp (1598-1653) for example was captured in 1609 at the age of 11 and was held captive in Salé, and in 1621 he was again held captive by the Bey of Tunis. Piracy was certainly profitable, as a result of which dozens of Dutch joined the Orientals. Amongst these were Simon de Danser (1577-1611), who owned a palace, and Claes Compaen (1587-1660), who captured over three hundred and fifty ships between Tunis, the Caribbean and Vlissingen and who gave himself the nicknames ‘Neptune’ and ‘King of the seas’. Romantic pirate stories have always appealed to the imagination of artists, just as with Gudin, who was able to depict this Orientalist scene in a striking way.