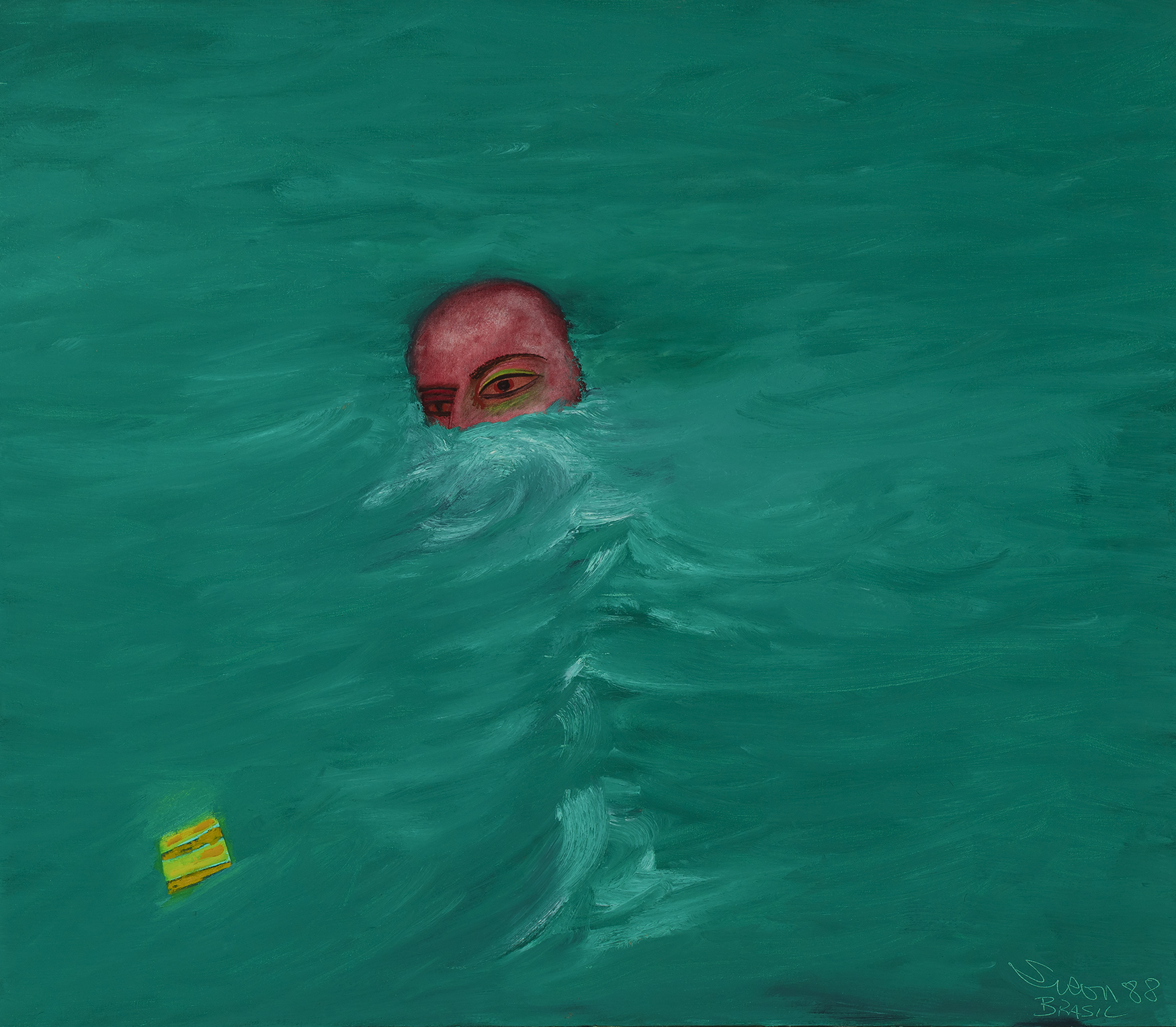 Siron Franco
(1947)
Brasil (1988)
Signed, titled and dated 88 lower right
Oil on canvas, 134.9 x 155.3 cm
Provenance:
– Auction Shapiro, Sydney, 24 May 2006, lot 266
– Private collection, the Netherlands
Note:
In his art, the Brazilian artist Siron Franco flirts with the mysterious and the unspeakable, expressed by deformed, imprecise, and ghostly figures. In many of his works, the portrayal of an everyday scene becomes an expression loaded with symbolism, contaminated by and transformed by the eyes of the unconscious. Often remembered as an artist who sees the human figure as one of his main expressive resources, Franco’s aesthetic is often compared with that of artists such as Francis Bacon and Iberê Camargo.
* Condition report available upon request