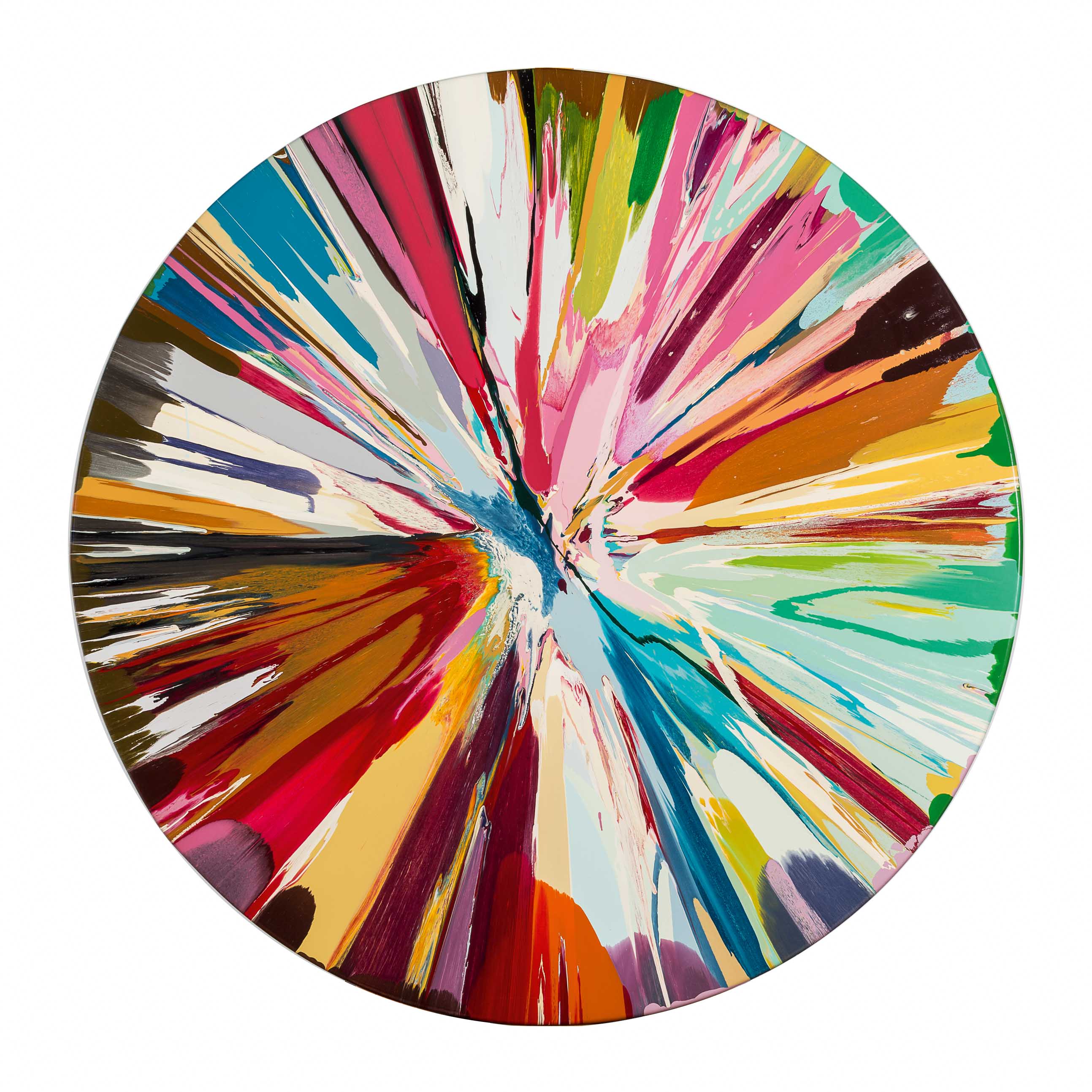 Rupert Bound
(England 1966)
31st A.O.T.T.4.D. (spin painting)
Signed and dated ’08 on the reverse
Signed, titled and dated ’08 on label on the reverse
Lacquer on canvas on board, diam. 119.7 cm
Provenance:
– Morgan Boyce Gallery (Marlborough), London (2008)
– Private collection, the Netherlands
N.B.:
Bound started his career working for Damien Hirst (1965) and became world famous by his ‘spin paintings’, which he first made for Hirst but later started to produce himself.