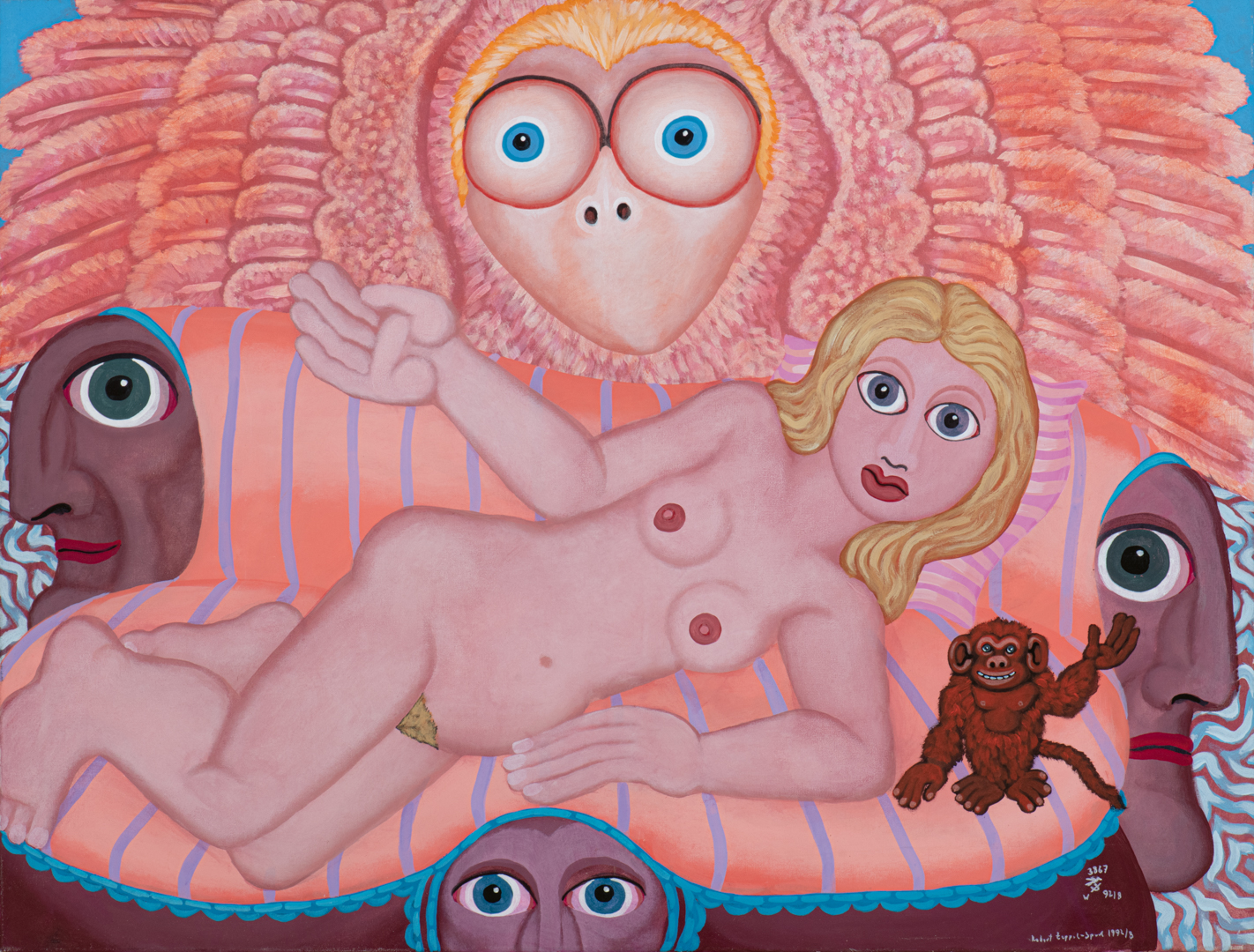 Robert Zeppel-Sperl
(Leoben 1944 – Vienna 2005)
Untitled
Signed, dated 1992/8 and 92/8, signed with monogram and numbered 3867 lower right
Oil on canvas, 79.8 x 104.6& cm
Provenance:
– Berengo Studio 1989 s.r.l., Murano
– Private collection, the Netherlands
Note:
The Austrian artist Robert Zeppel-Sperl was born in Leoben in 1944. Zeppel-Sperl was a co-founder of the Wirklichkeiten Group and received a degree in 1966 from the Vienna Academy of Fine Arts. After his studies, he went to study in Venice and the United States. Yet, the experience that most influenced Zeppel-Sperl was his encounter with the island of Bali and its extraordinarily rich culture – an important experience that led to the creation of his strongest and most significant works.
The animals and figures dominating Zeppel-Sperl’s art evoke the visual language of Surrealism. Through his art Zepperl-Sperl has brought monstruous, ambiguous and anthropomorphic beings to life. His simple and yet ironic art reveals the hidden and unconscious associations of the artist’s psyche.