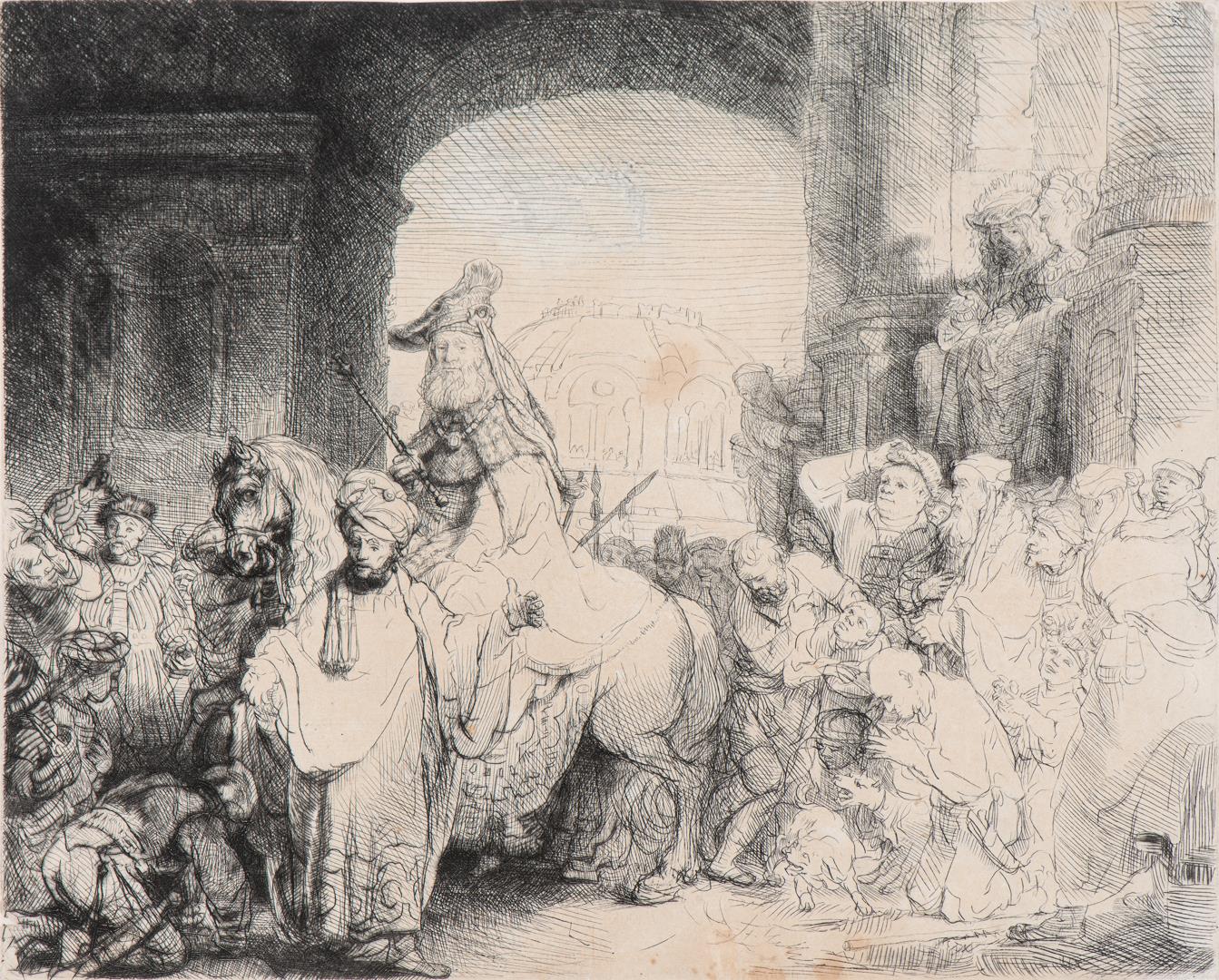 Rembrandt Harmensz. van Rijn
(Leiden 1605 – Amsterdam 1669)
Triumph of Mordecai
First state, impression made circa 1646, original plate made circa 1641, cut to plate line. With watermark: lower part of a Strasbourg Lily with monogram WR (Hinterding catalogue, variant C.b.b., dated circa 1646)
Etching with drypoint, 173 x 214 mm (sheet size)
Provenance:
Private collection, the Netherlands
Literature:
– Bartsch, Hollstein 40
– New Hollstein 185 as third state (of four)
Note:
Esther was raised by her cousin Mordecai, an exiled Israelite living in Ahasuerus’s kingdom. Mordecai discovered a plot of the king’s chamberlains Bigthan and Teresh to assassinate the king. Because of Mordecai’s vigilance, the plot was foiled. The king asks his chief minister, Haman, to suggest a reward for a favoured subject. Mistakenly thinking he will be the honoree, Haman recommends letting the person comport himself like the king. Ironically, Mordecai then rides in majesty, while his humiliated enemy Haman has to lead the procession. Though an incident out of the biblical past, Rembrandt treated such subjects as vitally human, almost contemporary events even including himself and his wife watching the procession from a balcony.