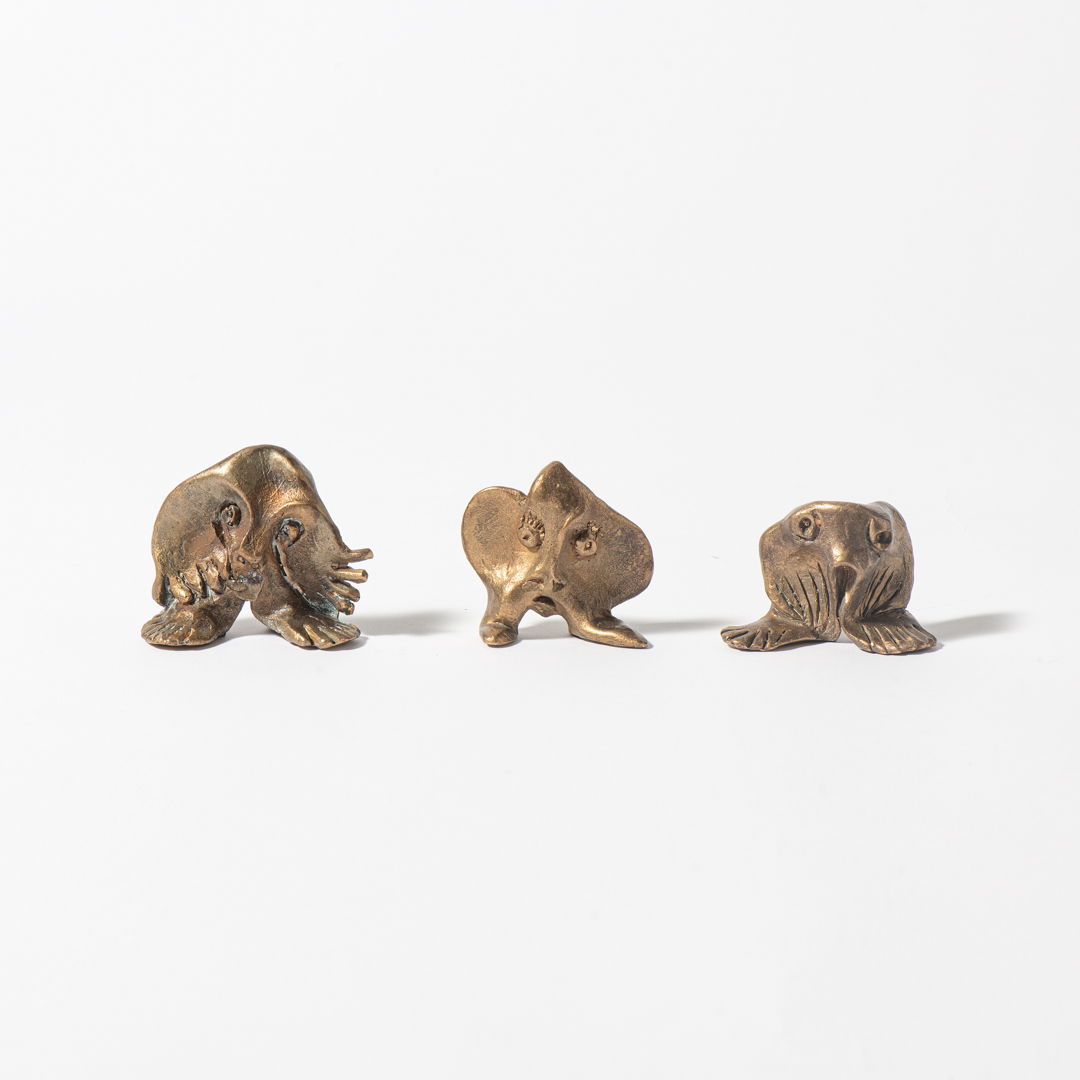 REINHOUD (Reinhoud d’Haese)
Geraardsbergen 1928 – Paris 2007)
Bread Crumb Figure (3x)
Bronze, H. 5.4 / 5.8 / 4.6 cm
Provenance:
Private collection, the Netherlands
Note:
From the late 1960s to the mid-1970s Reinhoud d’Haese created the so-called ‘Bread Crumb Figures’ out of just that – bread crumbs. During dinners the large handed artist, by taking bits and pieces of bread, would create these humorous creatures, many which were cast in silver or copper. Some of the bread crumb figures, when shaken, reveal the traces of their origin, as sounds of bits of petrified bread can be heard rattling around. Despite their small dimensions, Reinhoud considers the bread crumb figures to be serious sculptures.
(3x)