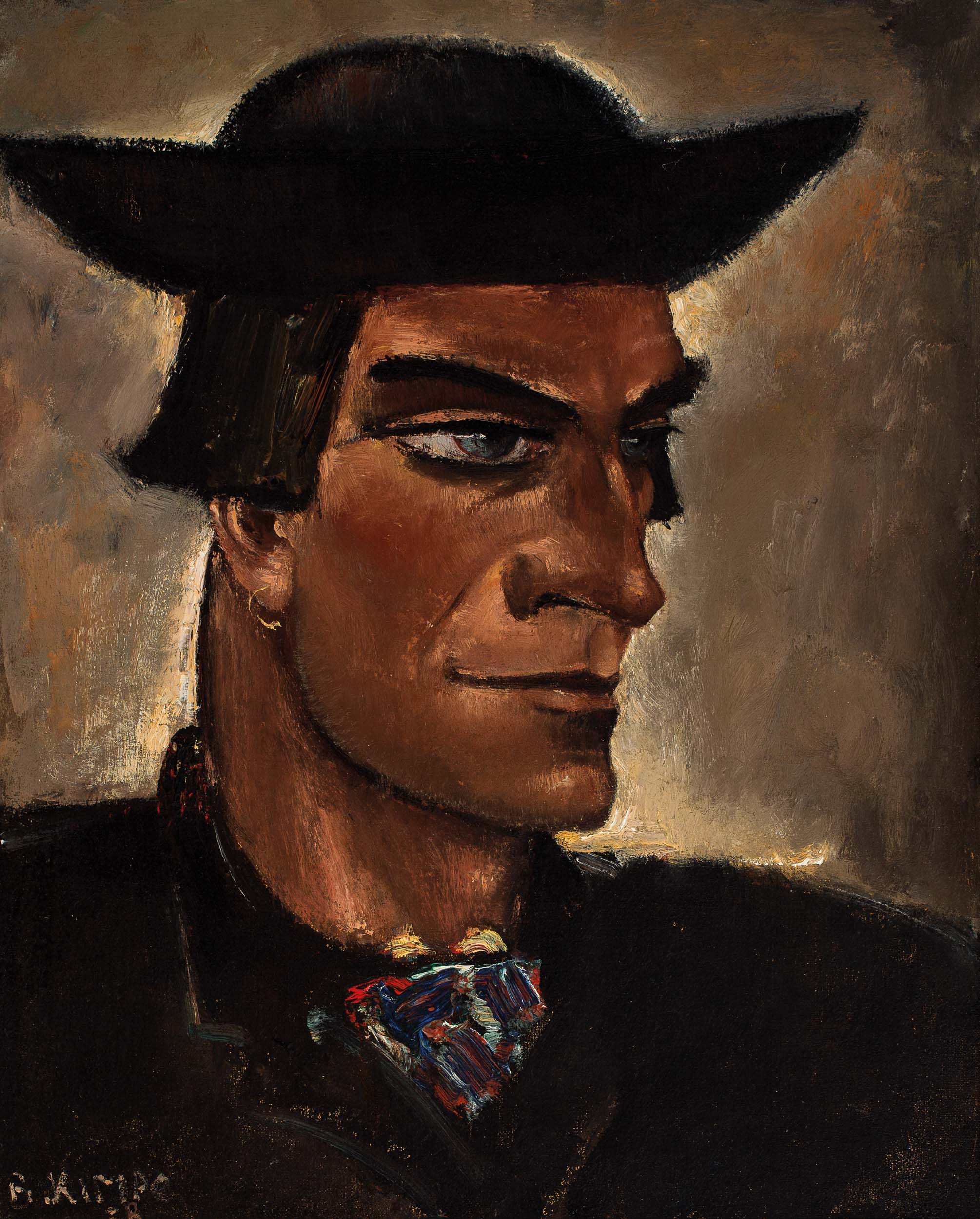 Reimond Kimpe
(Gent 1885 – Middelburg 1970)
Farmer from Zuid-Beveland
Signed and dated 38 lower left
Oil on canvas, 65.9 x 53.5 cm
Provenance:
Collection Helianthushof, Kruiningen
Note:
Although Raymundus (Reimond) Josephus Petrus Kimpe graduated as a civil engineer from the University of Ghent, he eventually became a self-taught painter. During World War I Kimpe was a fierce Flemish Nationalist. After the war he emigrated to the Netherlands and was sentenced to death in Flanders. In 1920 he settled in Middelburg, where he soon gained a dominant place in the Zeeland art scene. Ships and harbours, landscape and people of Walcheren became his subjects; Westkapelle in particular inspired him. In line with Flemish painters such as Permeke and Gustaaf de Smet, Kimpe painted in a brown Expressionist style – of which Farmer from Zuid-Beveland is a relevant example. In 1940 his studio, as well as a large part of his work, was lost in the fire of Middelburg. After World War II, his painting style became more stylised and abstract: his men and women, houses and ships became stereotypical, depicted in shrill colours. Kimpe’s prestige in Zeeland was tremendous; having a work by Kimpe at home was a ‘must’ for every art lover.