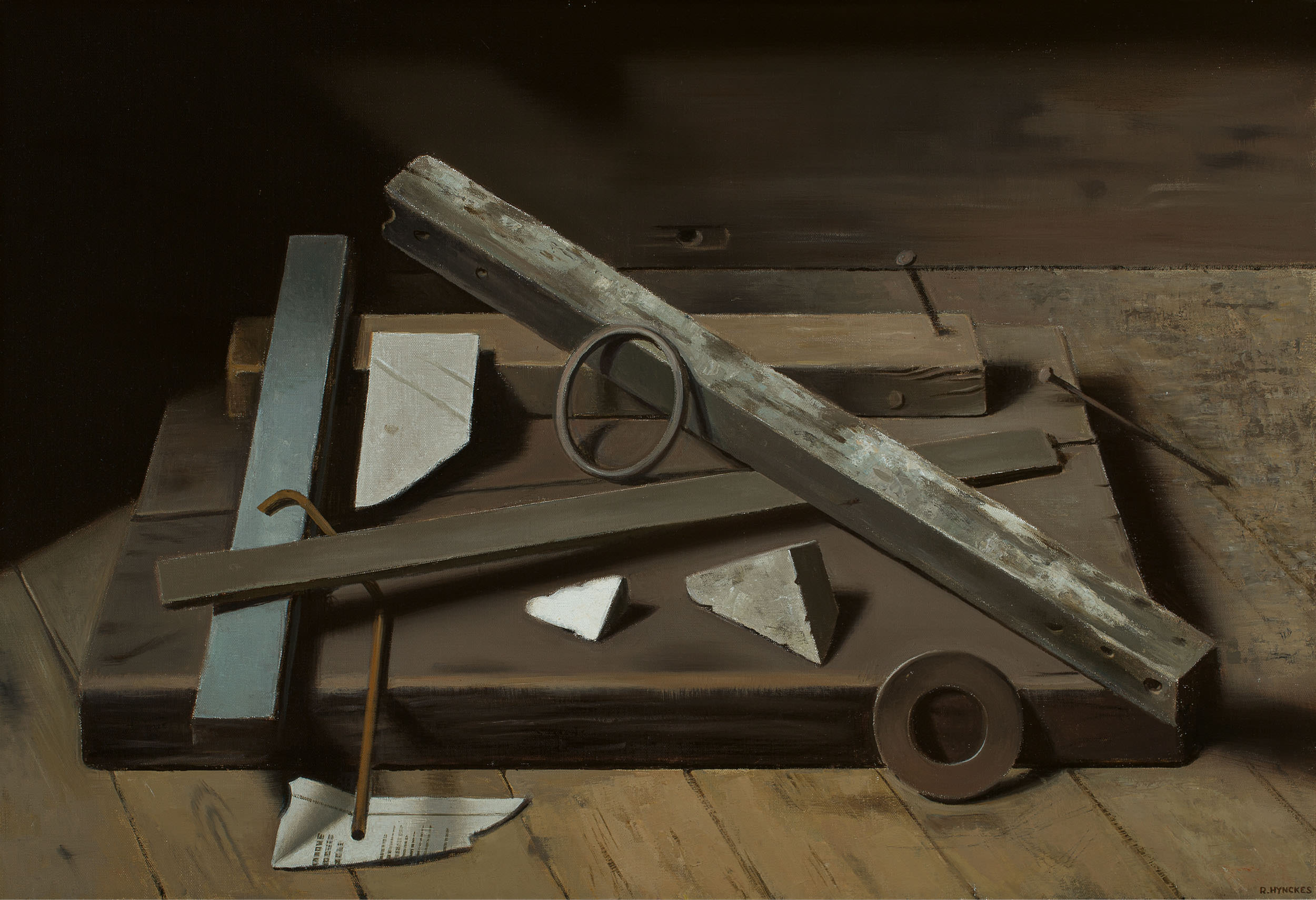 Raoul Hynckes
(Brussels 1893 – Blaricum 1973)
Stilleven met Balken en Ringen (Still Life with Beams and Rings)
Signed lower right
Oil on canvas, 65.2 x 95.1 cm
Provenance:
– Collection J.M. (Marguérite) Hynckes-Zahn, Blaricum (the artist’s wife)
– Kunsthandel E.J. van Wisselingh & Co, Amsterdam (inv. no. S 4624*)
– Private collection, the Netherlands
Exhibited:
Gemeentemusea Arnhem, Arnhem, Raoul Hynckes 1893-1973: een overzicht, 13 October – 25 November 1973, cat. no. 59, as Balken en ringen
Note:
Raoul Hynckes was seen early on as a great talent for painting in his native country Belgium. Hynckes was chosen for a one-man exhibition in Brussels even before he was twenty. The World War I interrupted his fast-paced artistic career and he fled to the Netherlands during the invation of the German army. Initially Hynckes painted harbour views and landscapes in Impressionist style. At the beginning of the 1920s he switched to a Cubist style, and from here he developed into increasingly realistic work. Hynckes devoted himself to painting still lifes with traditional motifs, such as musical instruments, flowers, fruits and animal cadavers. At the end of the 1930s the symbolism largely disappeared from his works, the scenes became more common again and after the World War II Hynckes returned, in addition to his still lifes, to brightly coloured landscapes and village scenes.