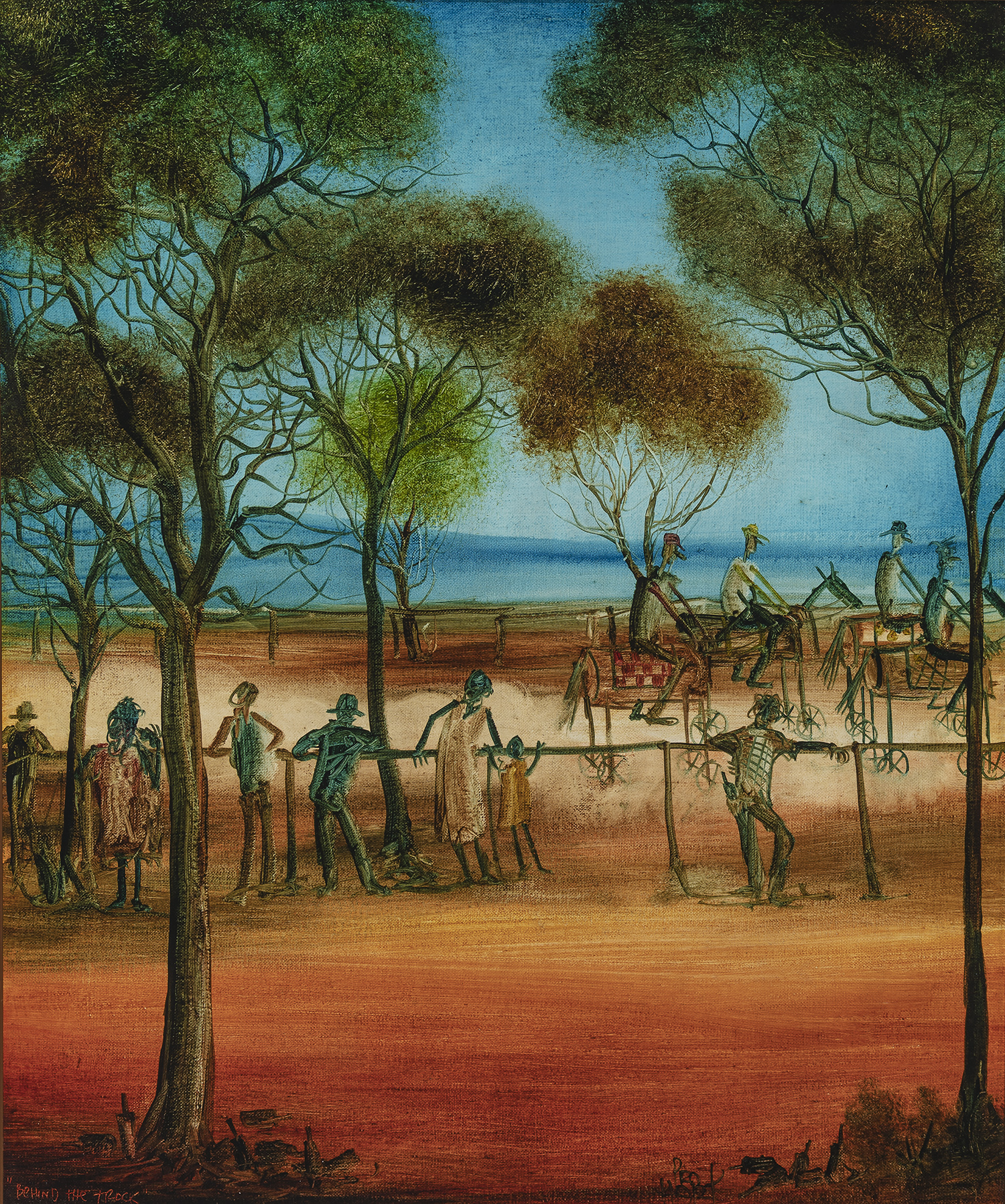 Pro Hart
(1928-2006)
“Behind the Track”
Signed lower right
Titled lower left
Signed and titled on the reverse
Oil on board, 60.7 x 50.6 cm
Provenance:
– Forest gallery, Forestville, 1978 (incl. copy of invoice)
– Private collection, the Netherlands
Note:
Kevin Charles “Pro” Hart was an Australian artist whom popularised and gave birth to the Australian Outback painting movement. Hart was primarily self-taught, but mastered classic painting methods and techniques, including alla prima and chiaroscuro, and created sculptures in ceramic, steel, and bronze. His interest in inventing earned him the nickname Professor, later shortened to “Pro”.

Working predominantly in acrylic and oil, Hart is credited for having the ability to capture the true essence of the unique Australian country colour, form and essence. He was a supporter of Aboriginal Land Rights and expressed as much through his works.
* Condition report available upon request