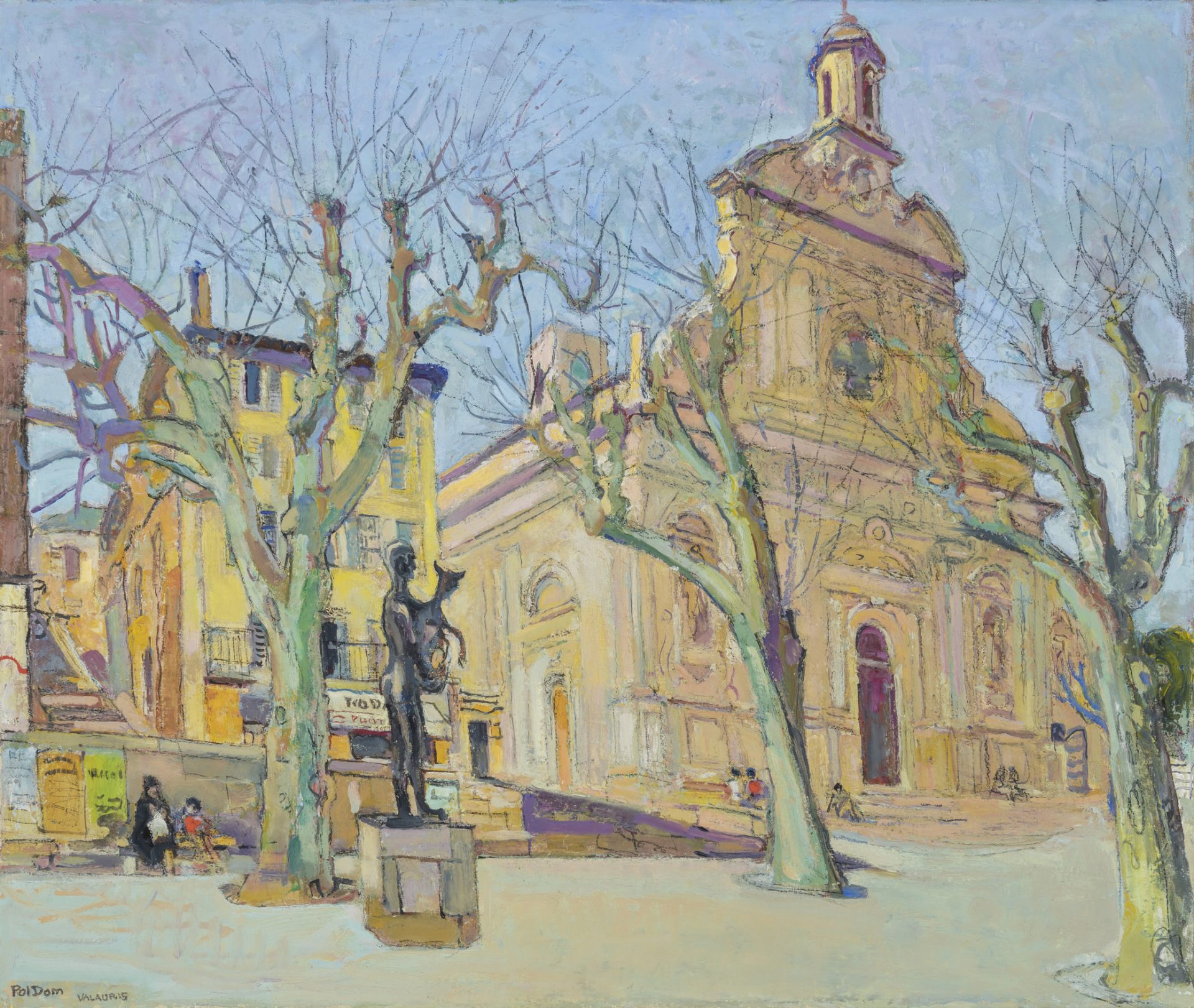 Born in Antwerp, Pol Dom belonged to the Flemings who settled in the Netherlands because of the more progressive artistic climate. The current lot depicts the Église Sainte-Anne/Saint-Martin, the church of the French village of Vallauris. This scenic town was renowned for its pottery and attracted several artists, including Pablo Picasso, who lived there for seven years and made two of his most famous paintings here.
* Condition report available upon request