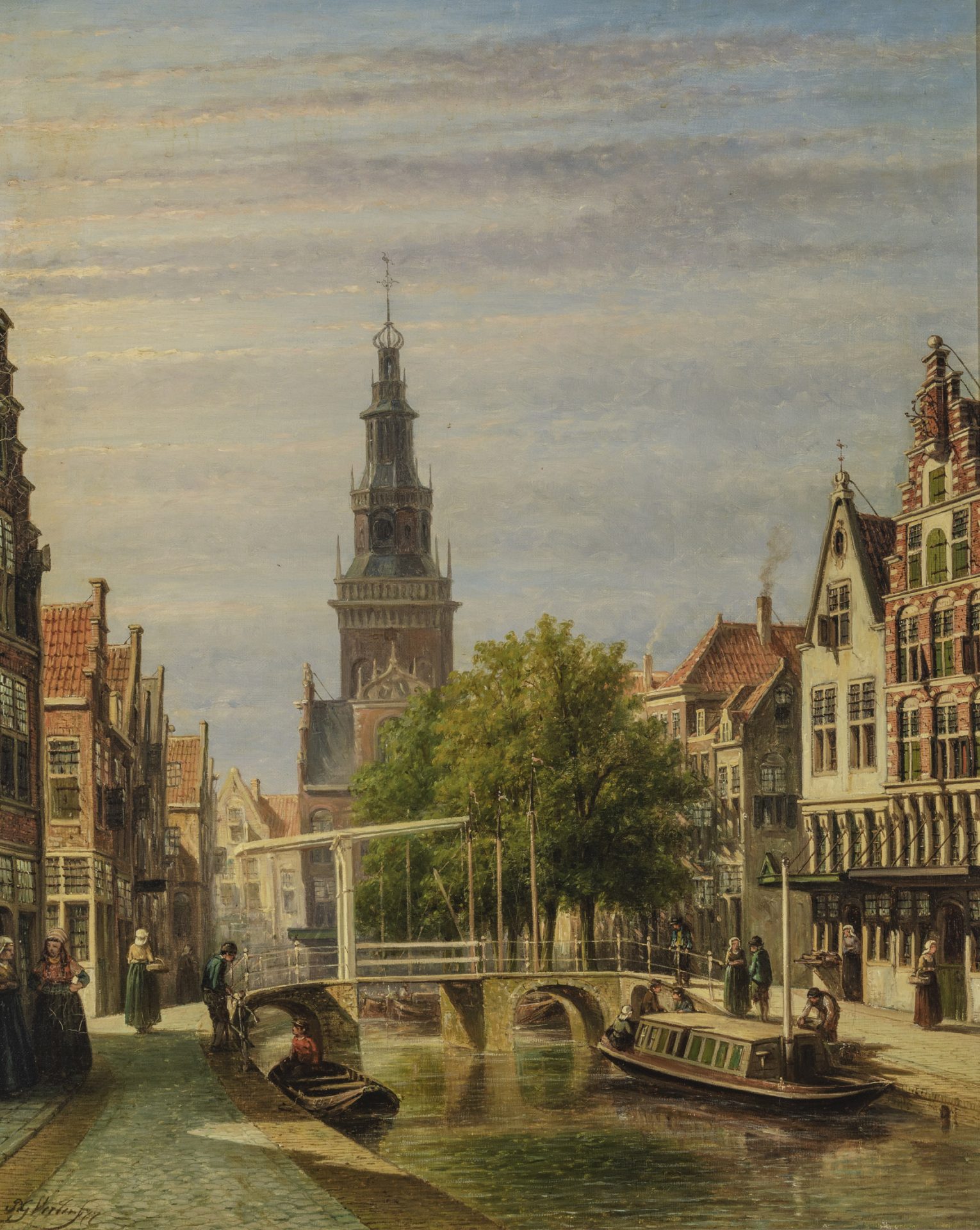 Petrus Gerardus Vertin
(1819-1893)
View of the Kuipersbrug and Waaggebouw, Alkmaar (1877)
Signed and dated 77 lower left
Oil on canvas, 62.6 x 50.7 cm
Note:
Petrus Gerardus Vertin was a nineteenth century etcher, lithographer, painter and watercolourist and part of the movement of the The Hague Romanticists. He painted portraits and church interiors, but is best known for his landscapes and cityscapes. In this cityscape of Alkmaar, Vertin depicts the Kuipersbrug and the Waaggebouw. The Kuipers bridge, which is named after the many coopers (translation in Dutch is Kuipers) who used to be active in this street, is a national monument that first appeared on the map of 1560 by Jacob van Deventer. Behind the Kuipers bridge, the Waag building and its tower, rise above the trees. This iconic monument was officially built as a chapel for the nearby Holy Spirit hospital but served as a weighing house beginning in 1583. To this day, the historic building has formed the centre of Alkmaar’s famous cheese market, which dates back to at least 1365.
* Condition report available upon request