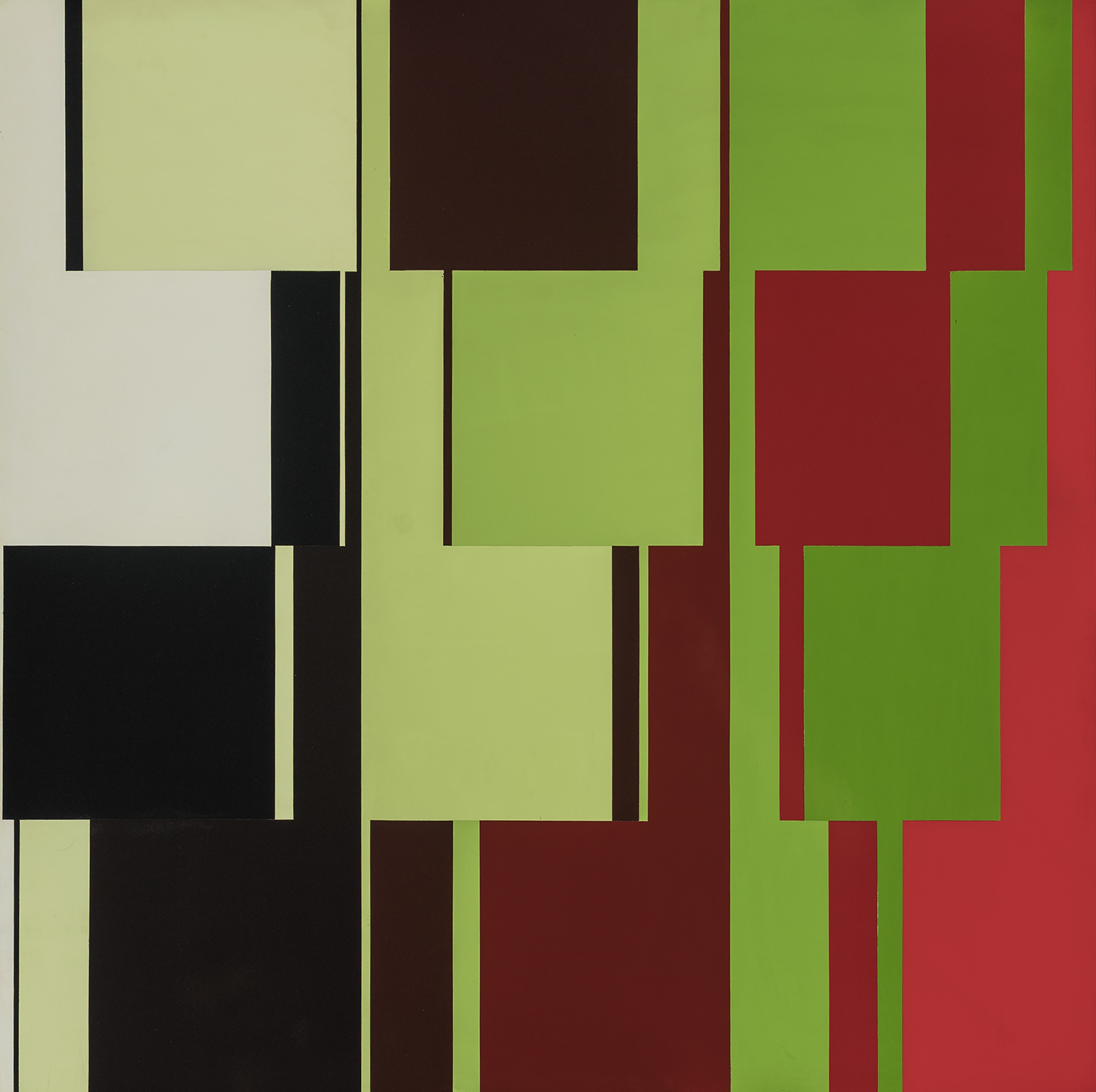 While other artists mainly stuck to expressing their emotions and giving their own personal interpretation of reality, Peter Struycken went in search of fixed structures and the laws of shape and colour (combinations). Everything needed to be logical, controllable, and consistent. Between 1963 and 1967, Struycken almost exclusively made abstract artworks titled ‘Wetmatige Beweging’ (Mathematical Movement), of which this work on offer is an example. With these artworks, he gets rid of every visible reality in his search for order which is determined by an underlying structure of ‘laws’. Based on a series of numbers, he lets the shape and colour, change step by step. The final image is a representation of the movement of this change.

The basic shape of the ‘mathematical movement’ in this current lot, is the red shape on the right, which consists of four narrowing stacked rectangles. The green colour consists of the same rectangles, but these are shifting upwards. This artwork is also divided into three equal columns. Each column starts with the colour red on the right side, but from the right to the left column, the colour red gradually darkens from a bright red to a dark brown. The stacked rectangles are different in size for each column.

While it probably takes some time to see the above, the colour change in this work on offer is easier to understand: the colour green transforms to white, and the colour red changes into black; both colour changes proceed step by step. On the right side of the artwork, the red and green conjoin with both the same brightness and saturation (strength of colour).


By organising and giving structure to concepts such as shape and colour, Struycken stimulates the visual experience. According to Struycken, lawful, mathematical organisation is needed to be able to consciously perceive an image.
* Condition report available upon request