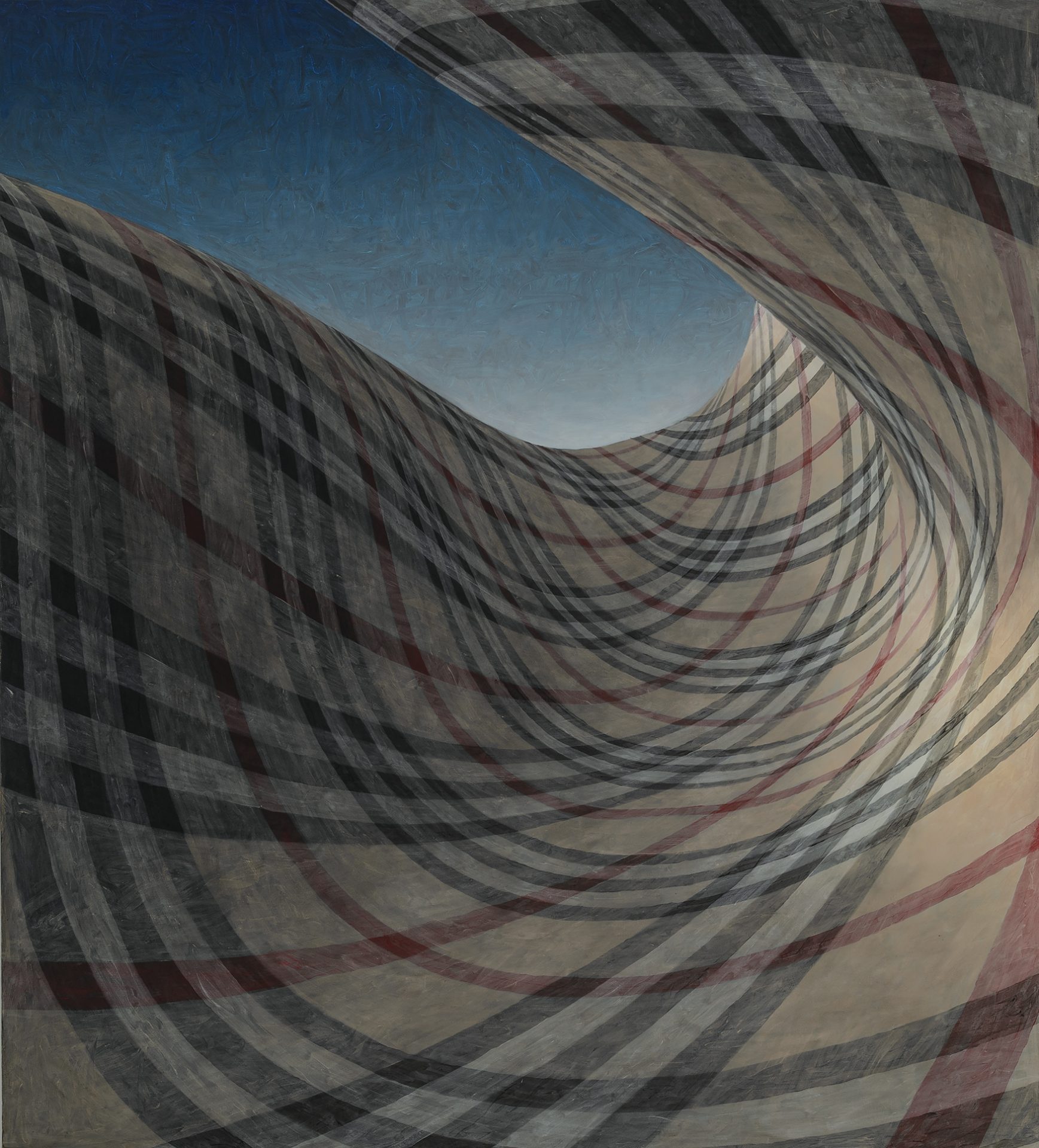 Peter Schuyff
(1958)
Burberry Halfpipe (2015)
Signed and dated MMXV on the reverse
Acrylic on canvas, 199.6 x 179.8 cm
Provenance:
– Hero Gallery, Amsterdam
– Private collection, the Netherlands
Note:
Peter Schuyff is known for his complex paintings, which incorporate traditional techniques with psychedelic patterns. Schuyff builds up thin layers of paint to create luminescent surfaces that undulate in and out of abstraction.

Born in Holland, Peter Schuyff moved to New York in the 1980s, where he soon became a central figure in the East Village scene, working for a period at Studio 54, sitting for Andy Warhol, and living in the historic Chelsea Hotel. During this period, Shuyff’s artistic language evolved from loose figuration to abstraction, resulting in large-format geometric paintings characterised by their accomplished use of colour and subtle manipulation of tones.