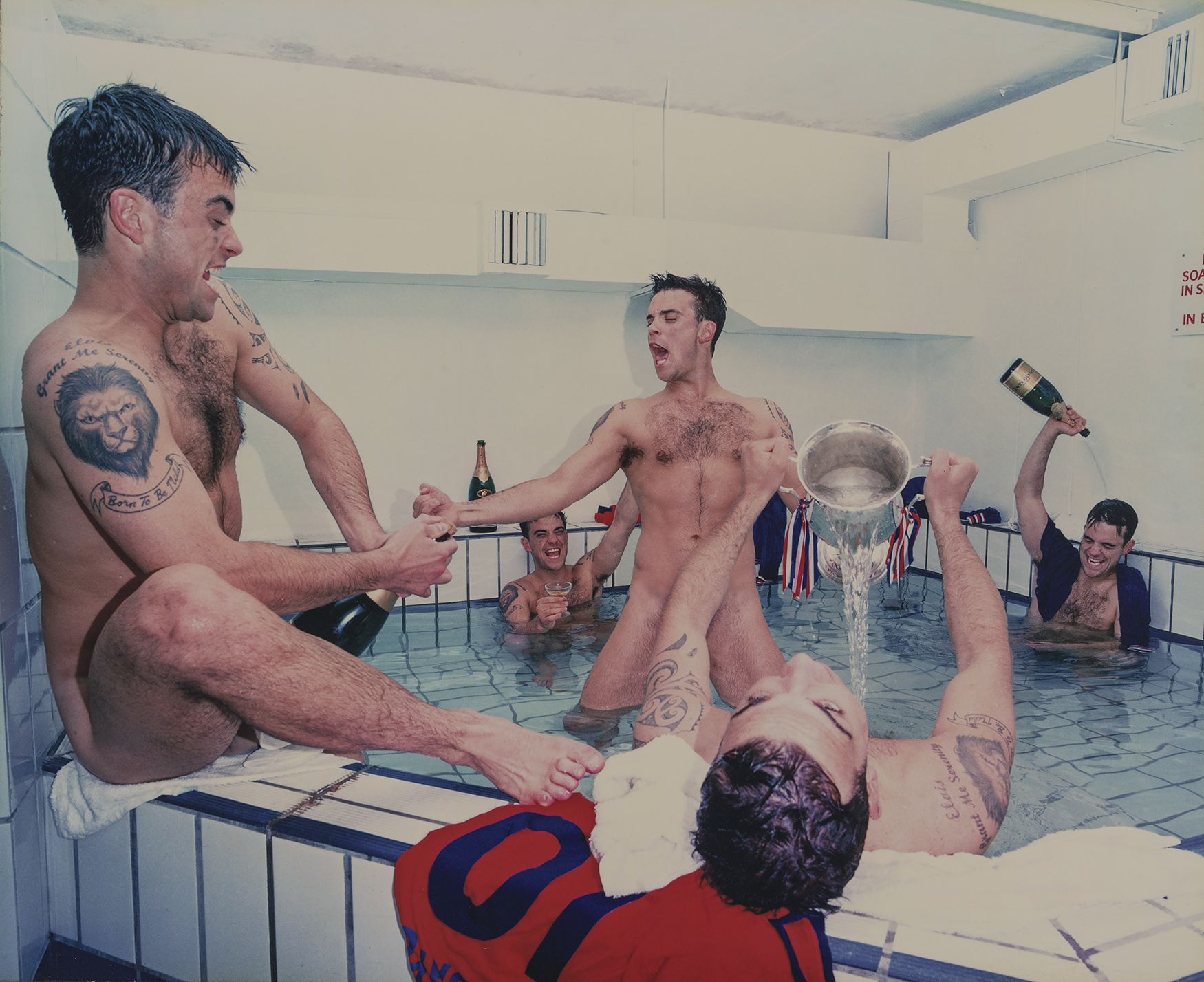 Paul Smith
(1969)
Untitled (Bath – Sing When you’re Winning) (2000)
Signed, dated 2000 and numbered 5/20 on the reverse
C-print mounted on aluminum, 74.9 x 91.5 cm
Provenance:
– Galerie Cokkie Snoei, Rotterdam
– Collection Serge-Henry Valcke, Amsterdam
Note:
In all of his work, the British photographer Paul Smith breaks from the traditional uses of photography in terms of subject and style. There is no form of true documentary reference; instead, his manipulations of the image are clearly staged and become an integral part of the final work.

In his previously praised series Make My Night (1998), Smith took his multiself on a ‘lad’s night out’ by cloning himself, as he portrays himself as a group of men getting drunk and living up to the young male cliché. Following the success of this series, Smith rejoined the discourse with a masculine identity as he was chosen to photograph the record covers of singer Robbie Williams. The chosen theme for the project was Robbie’s love of football, and the whole experience of going to (and playing) football. The vast hoard of football photography and paraphernalia gave Smith additional inspiration for the pictures, and he used the nostalgic charm of past records to complement the glamour of the modern game. With this present lot, Smith describes the fantasy of being every member of your own club, while, at the same time, freely acting out every part of your personality.
* Condition report available upon request