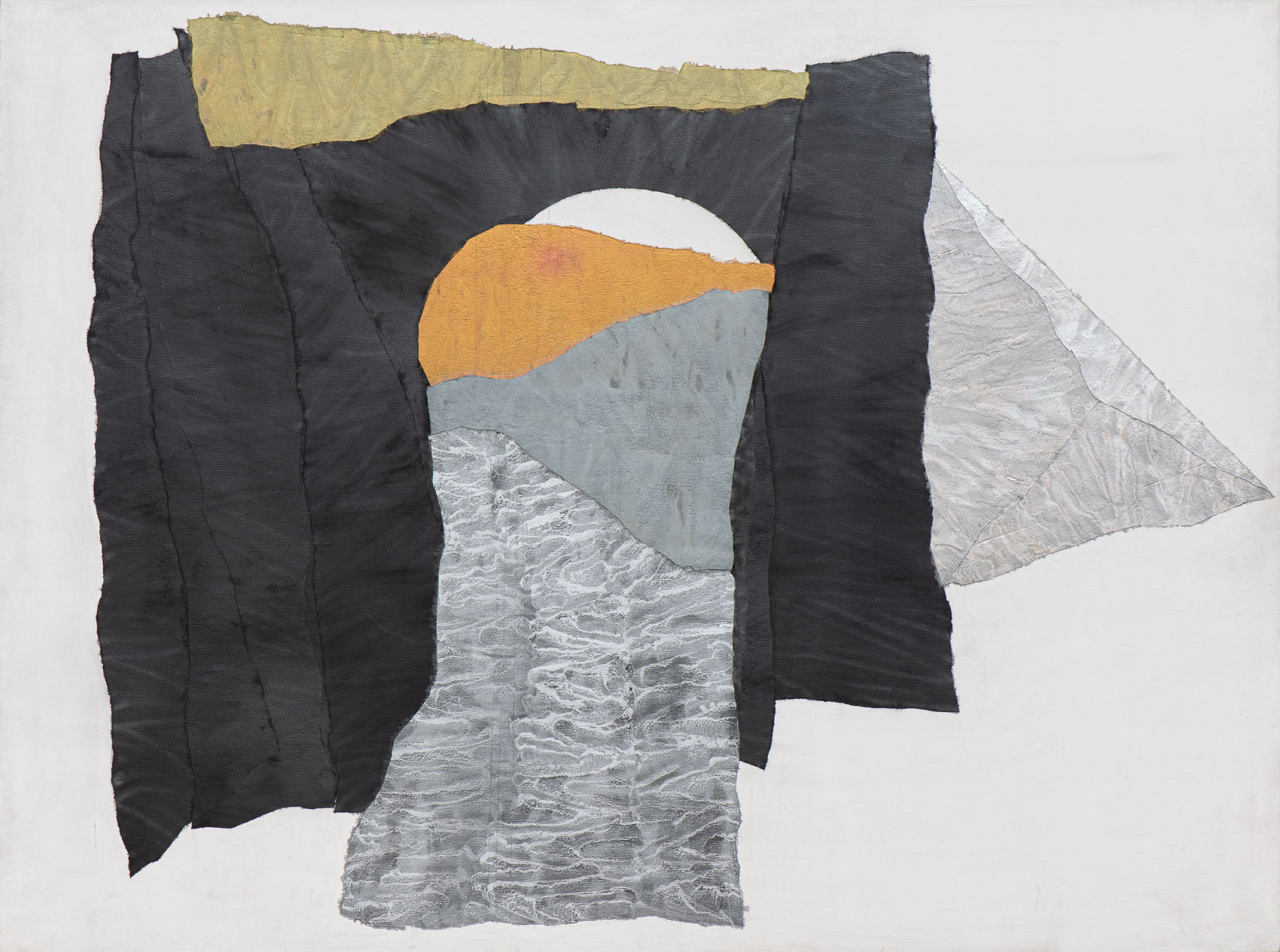 Michael Goldberg
(New York City 1924 – 2007)
“Tatum II” (1978)
Signed, titled and dated ’78 on the reverse
Bronze Powder on Cotton Duck, 196 x 260 cm
Povenance:
– Galerie Artline, The Hague (inv.no. 276)
– Collection Barends, Delft
Exhibited:
Galerie Artline, The Hague, Michael Goldberg, 2 March – 19 April 1980
Note:
Michael Goldberg is a leading figure of the second generation of abstract expressionists who came into artistic maturity at the height of the New York School’s ascendancy. As can be seen from this work on offer, the collage techniques became an essential aspect of his painting practice, which he learned from the sculptor José de Creeft (1884-1982). Goldberg befriended many of the New York School painters, including Jackson Pollock, Franz Kline, and Mark Rothko, the latter allowed Goldberg to take over his studio on the Bowery. Goldberg’s artwork can be found in significant public and private collections, including the MoMA, the Whitney Museum of American Art, The Metropolitan Museum of Art, and The Smithsonian American Art Museum.