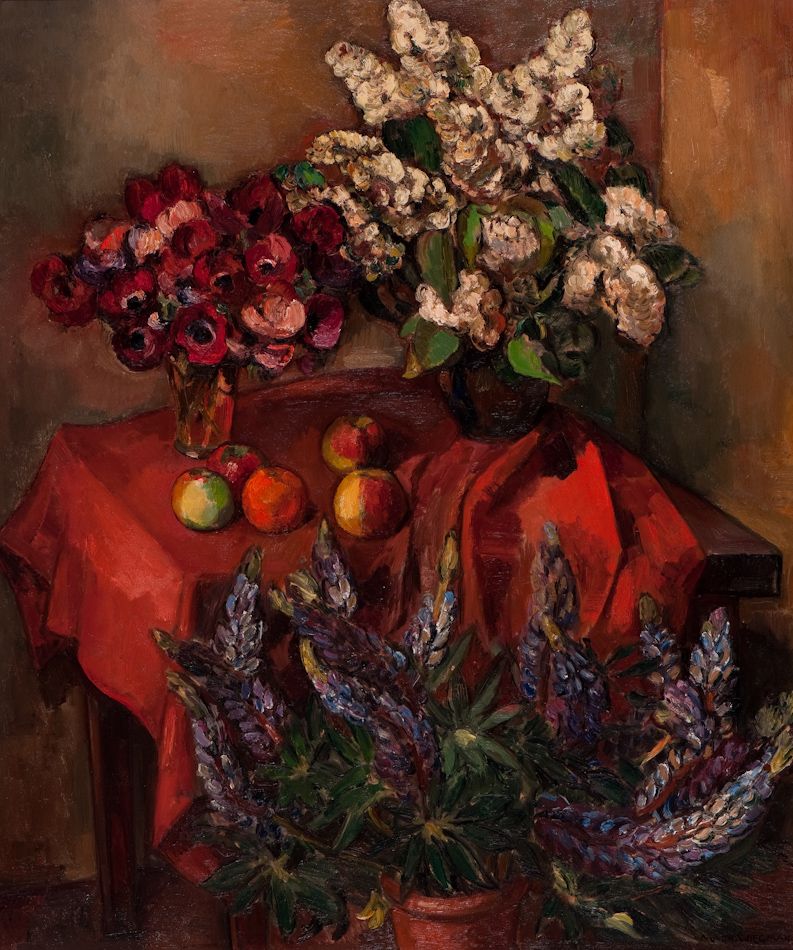 Matthieu Wiegman
(Zwolle 1886 – Bergen (NH) 1971)
Flowers
Signed l.r.
Oil on canvas, 116.8 x 97.1 cm
Reverse side:
Label of the Carnegie Institute Pittsburgh, Pennsylvania, with annotation property of Wiegman and his address.
N.B.:
Carnegies most ambitious cultural creation was the Carnegie institute Pittsburgh and its library, art galery, concert hall and the Natural History Museum which were designed by Alden and Harlow between 1891-1907. Not many people outside of Pittsburgh know that Andrew Carnegie was involved in the art world of his time, for instance the realisation of the art gallery of the Carnegie Institute, also known as the Carnegie Museum of the Arts. He was also involved in the organisation of one of the oldest art exhibitions in the world – the Carnegie International of 1896. Just over a century later the Carnegie Museum of the Arts has evolved into The Andy Warhol Museum of Art and the Heinz Architectural Center.