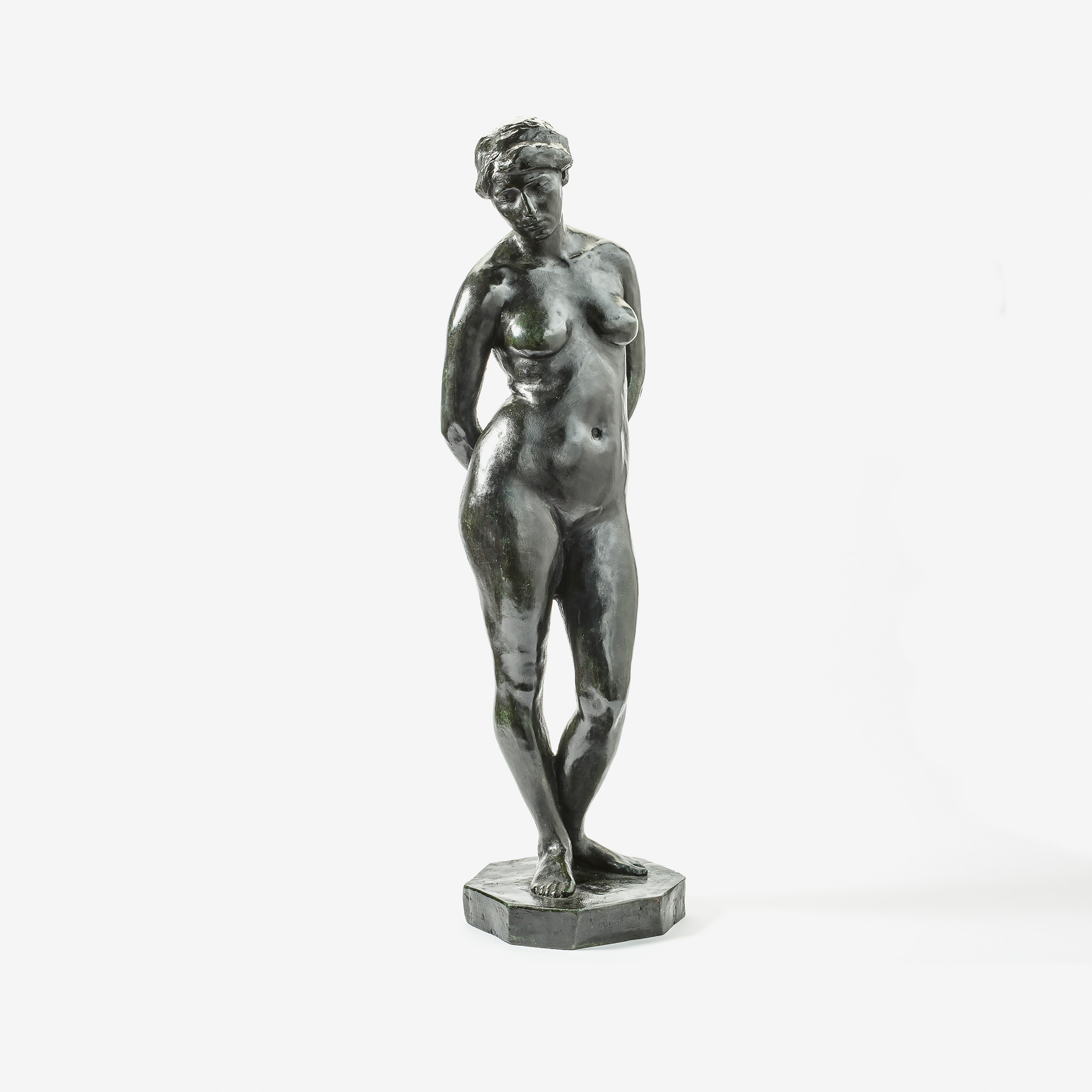 Martin Borgord
(Norway 1869 – California 1935)
Standing Nude
With signature on the base
Casted by Kunsthandel Juffermans, Utrecht, late 20th century
Bronze, H. 100.2 cm
Note:
Martin Borgord was a Norwegian artist who was recognized in both the United Stated and Europe as a prominent painter and sculptor. With an interest in art, Borgord moved to Paris where he was accepted to study at the Julian Académie under Jean-Paul Laurens (1838-1921) and the École des Beaux-Arts with sculptor Charles Raoul Verlet (1857-1923). In 1896, Borgord returned to the United States where he enrolled at the newly opened Chase School, which was later renamed as the New York School of Art. Borgord achieved great success as an artist; in 1905 he received a medal at the Salon exhibition in Paris and he exhibited multiple times in New York at the National Academy of Design. Together with his lifelong friend and fellow artist William Henry Singer (1868-1943), he moved to the Netherlands where they lived and worked at the villa ‘De Wilde Zwanen’ (The Wild Swans), which is still part of the Singer Laren museum today. Borgord was a painter of landscapes, portraits, still lifes and harbour views. His paintings depict a kind of realism which uses a very accurate reproduction of the painted subject, almost like the sharpness of a photograph. This effect can also be seen in his sculpting which was strongly influenced by Auguste Rodin (1840-1917).