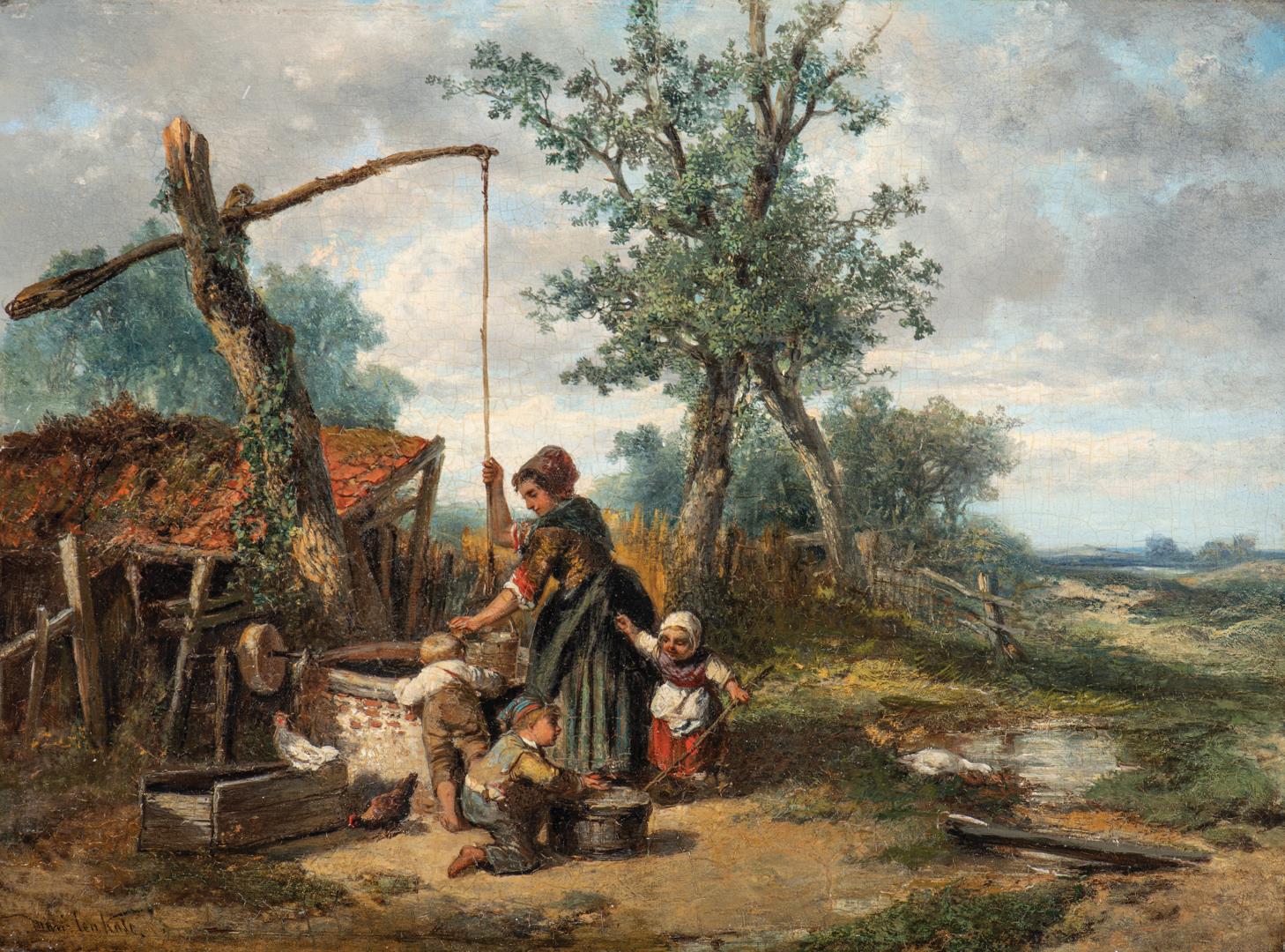 Mari ten Kate
(The Hague 1831 – Driebergen 1910)
At the Well
Signed lower left
Oil on canvas, 30.2 x 40.1 cm
Provenance:
– Vicars Brothers Ltd, London (inv. no. 37349)
– Private collection, Scotland
Note:
The painter Johan ‘Mari’ Henri ten Kate was born as the youngest of three brothers in a well-off family on 4 March 1831 in The Hague. At a very young age he learned to paint, taught by his brother Herman Frederik ten Kate, and later on at the Academie voor Beeldende Kunsten in The Hague. Mari ten Kate painted in the Romantic style and worked in both oil and watercolour. He mainly executed genre paintings depicting children, which he highly idealised. As well, the simple life of farmers, fishermen and their children inspired him: their simplicity and (assumed) virtue remained an ongoing fascination. Many of his works have a strong narrative character and are far removed from the reality of that time. Mari ten Kate’s works can be found in the collections of the Rijksmuseum in Amsterdam, the Teylers Museum in Haarlem, the Zuiderzeemuseum in Enkhuizen and the Kröller-Müller Museum in Otterlo. Some of his hunting scenes are also part of the Dutch Royal collection.