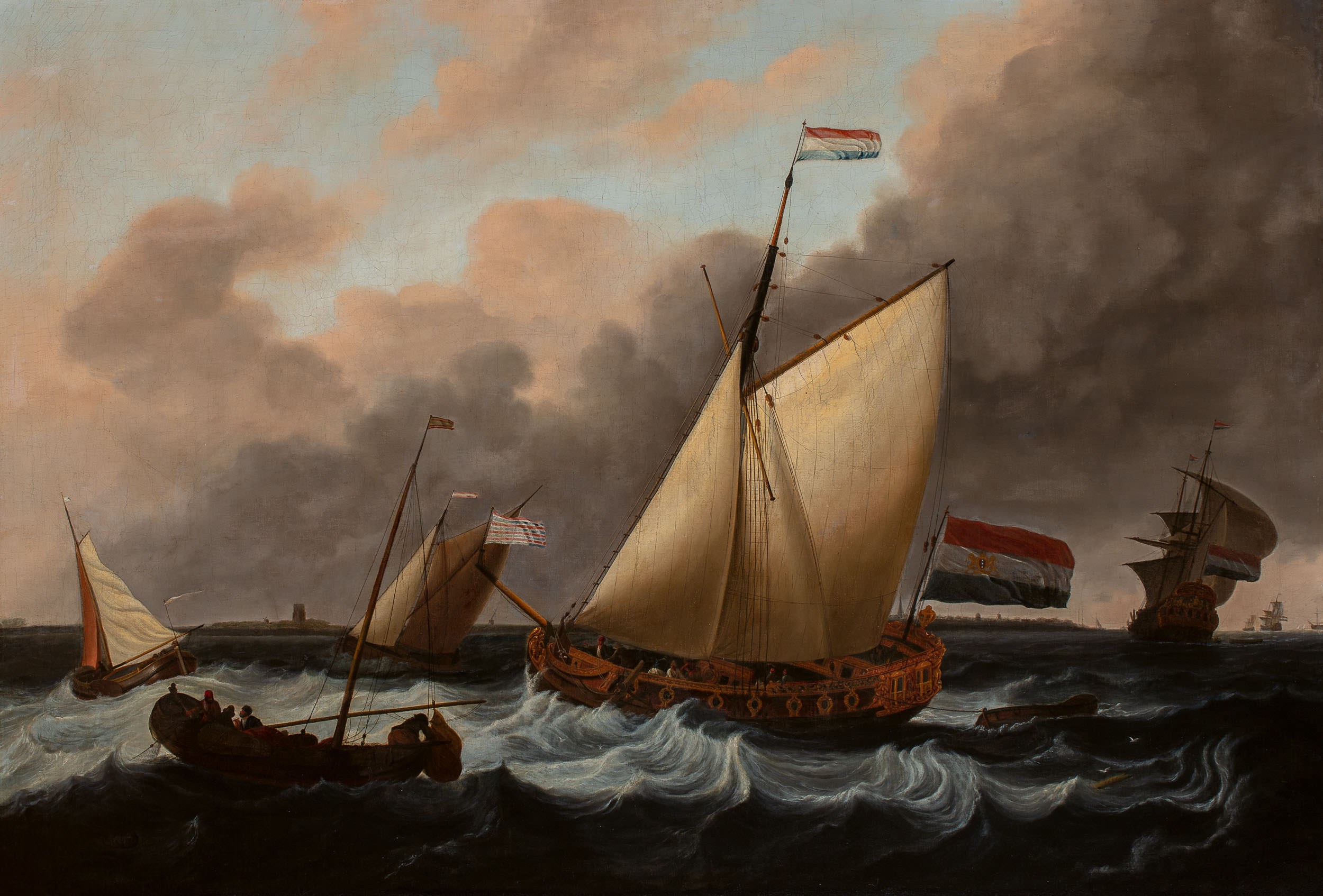 Ludolf Bakhuizen
(Emden 1630 – Amsterdam 1708)
Het Binnenzeilen van een onzer Admiralen bij den Briel op het Statenjacht van Amsterdam
Signed on boat lower left
Dated 1696 on driftwood lower right
Oil on canvas, 119.3 x 174.7 cm
Provenance:
– Nystad Antiquairs, Lochem (1970) (incl. invoice)
– Private collection, the Netherlands
Note:
The German born Ludolf Bakhuizen, who studied mathematics and worked as a calligrapher, became the leading Dutch painter of maritime subjects after Willem van der Velde the Elder and Younger. It is said that Bakhuizen often went on the water to observe the weather influences on air and water. Because of the dramatic atmosphere and light-dark contrasts of his paintings, he is seen as a precursor of Romanticism. Not only did he paint many wild seas, but he also portrayed port views and captured important events from Dutch maritime history. During his life Bakhuizen was visited by Cosimo III de’ Medici, Peter the Great and also worked for various German princes. In 1699 he opened a gallery on the top floor of the famous Amsterdam town hall. Nowadays, his work is part of collections of eminent museums, such as the Rijksmuseum (Amsterdam), Palazzo Pitti (Florence) and the Louvre (Paris).