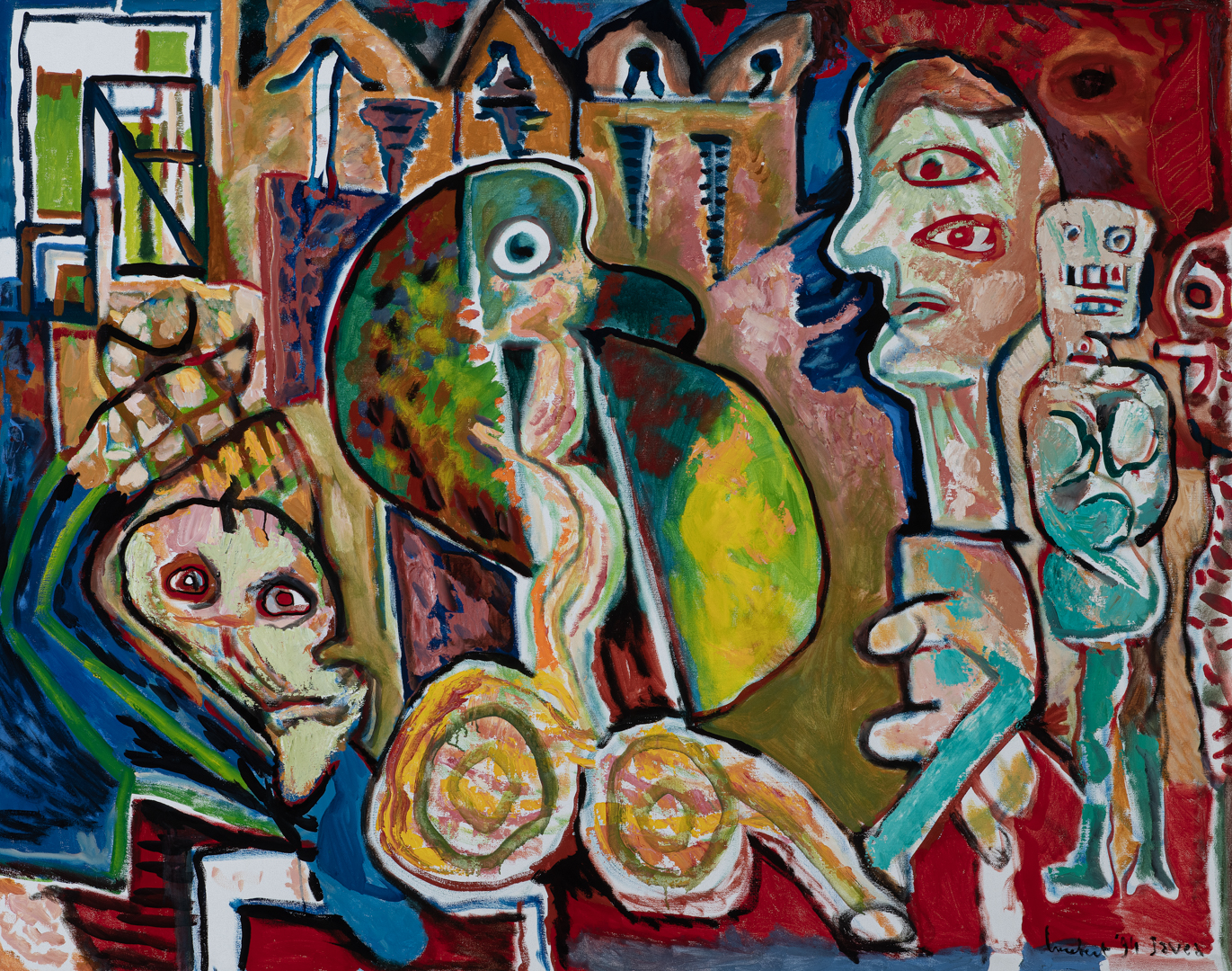 Lucebert was a poet as well as a painter. In 1949 he joined the international art movement CoBrA and as a poet he belonged to the experimental group of ‘de Vijftigers’. Quite soon after Lucebert disengaged himself from groups and movements, he gained fame and recognition as both a poet and a painter. He was awarded many prizes, but lived a rather reclusive life. In 1965 Lucebert was awarded the Constantijn Huygens award and he bought a second home in Javea, near Alicante in Spain. From then on he divided his time between Bergen and Javea and worked on expanding his oeuvre. Lucebert depicted human or animal figures in fantastic disguises, he regarded and depicted man in a grotesque, satirical, almost pessimistic manner. According to the artist the figures and forms reflect the schizophrenic and paranoid nature of the human species. Lydia Rood wrote a horror book for children inspired by twenty of his works. In each chapter a painting by Lucebert takes the lead. Pol, the central character, ends up in a cabinet of curiosities with strange figures derived from the work of Lucebert. Griezelen met Lucebert (2007) showcases Roods literary talents: unconventional imagination, resourcefulness and a direct style.