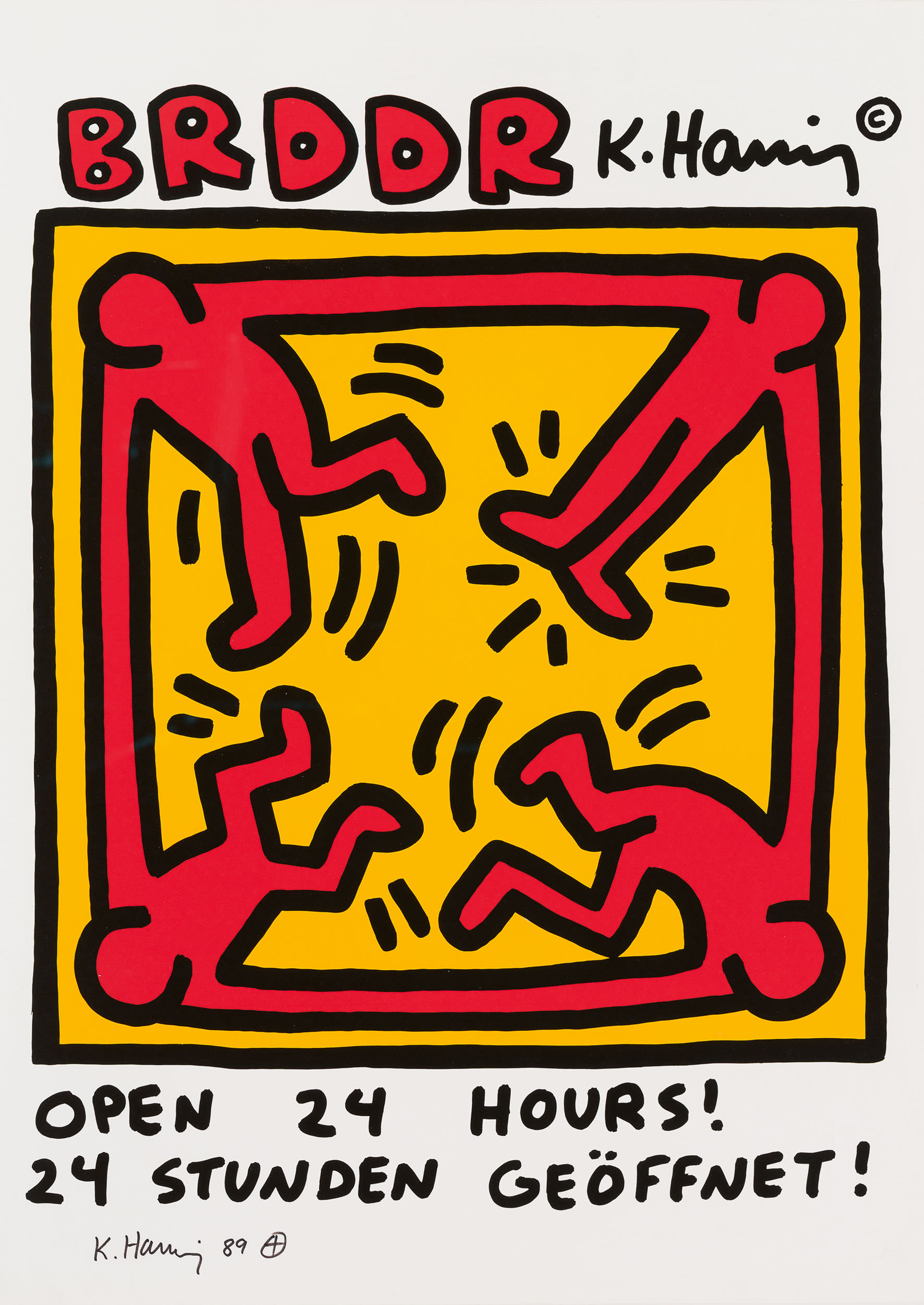 Keith Haring
(Reading 1958 – New York City 1990)
BRDDR – 24 STUNDEN GEÖFFNET! (November 1989)
Signed, dated 89 and annotated ⊕ lower left
Published by Galerie Hans Mayer, Düsseldorf
Silkscreen in three colours on heavy paper, 82.9 x 59.1 cm
Provenance:
– Galerie Bébert, Rotterdam
– Private collection, the Netherlands
Literature:
M. Gundel & C. van der Osten, Keith Haring Short Messages – Posters, Prestel, New York, 2002, no. 77, plate 59
Note:
Keith Haring made this print in cooperation with Galerie Hans Mayer, in honour of the fall of the Berlin wall in 1989. BRDDR represents the merge of the Bundesrepublik Deutschland and the Deutsche Demokratische Republik, and refers to the newly opened border with the timely exclamation, “Open 24 Hours!” printed in both English and German.
The print resembles Haring’s 300 metre long Berlin Wall Mural that he painted two years earlier. Just as the print, the mural was composed of human figures who were interlinked at their feet and hands. These interconnected human symbols were designed to signify the quest for unity of people, as opposed to the idea of constructing such an obtrusive wall.
Haring’s choice of colours match those found in the German flag: yellow (representing gold), red and black.