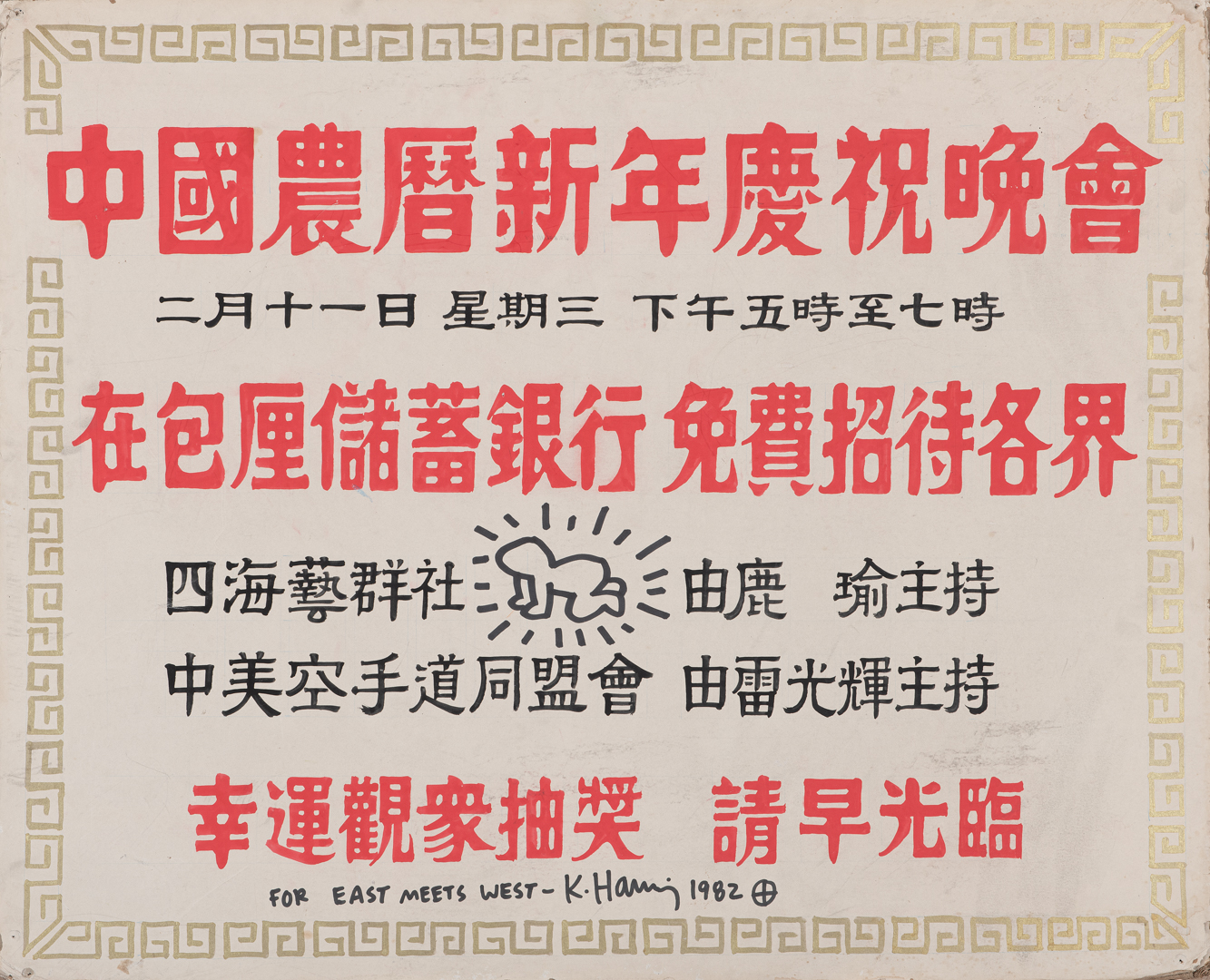 Keith Haring
(Reading 1958 – New York City 1990)
For East Meets West
Signed, titled, dated 1982 and annotated ⊕ lower centre
With artist’s business card attached to the reverse
Felt pen drawing on a cardboard announcement with Chinese text, 78.3 x 96.6 cm
Provenance:
– The Proposition Gallery, New York (1982)
– Bought at the above by the present owner
Note:
The cardboard announcement base that Haring used for this drawing was found by him in China Town, New York.
On the attached business card the phone number is written of Julia Gruen, his former studio manager and current executive director of The Keith Haring Foundation.

During his study at the School of Visual Arts, Keith Haring discerned art in the graffiti in the New York metro. Soon Haring developed a unique style of visual communication through his paintings and films. His drawings on billboards in the subway and on the streets of NYC became more and more famous. Commercialization allowed Haring’s art to be easier accessible and more affordable. Haring made his art widely available through the location of his subway art and art on billboards.