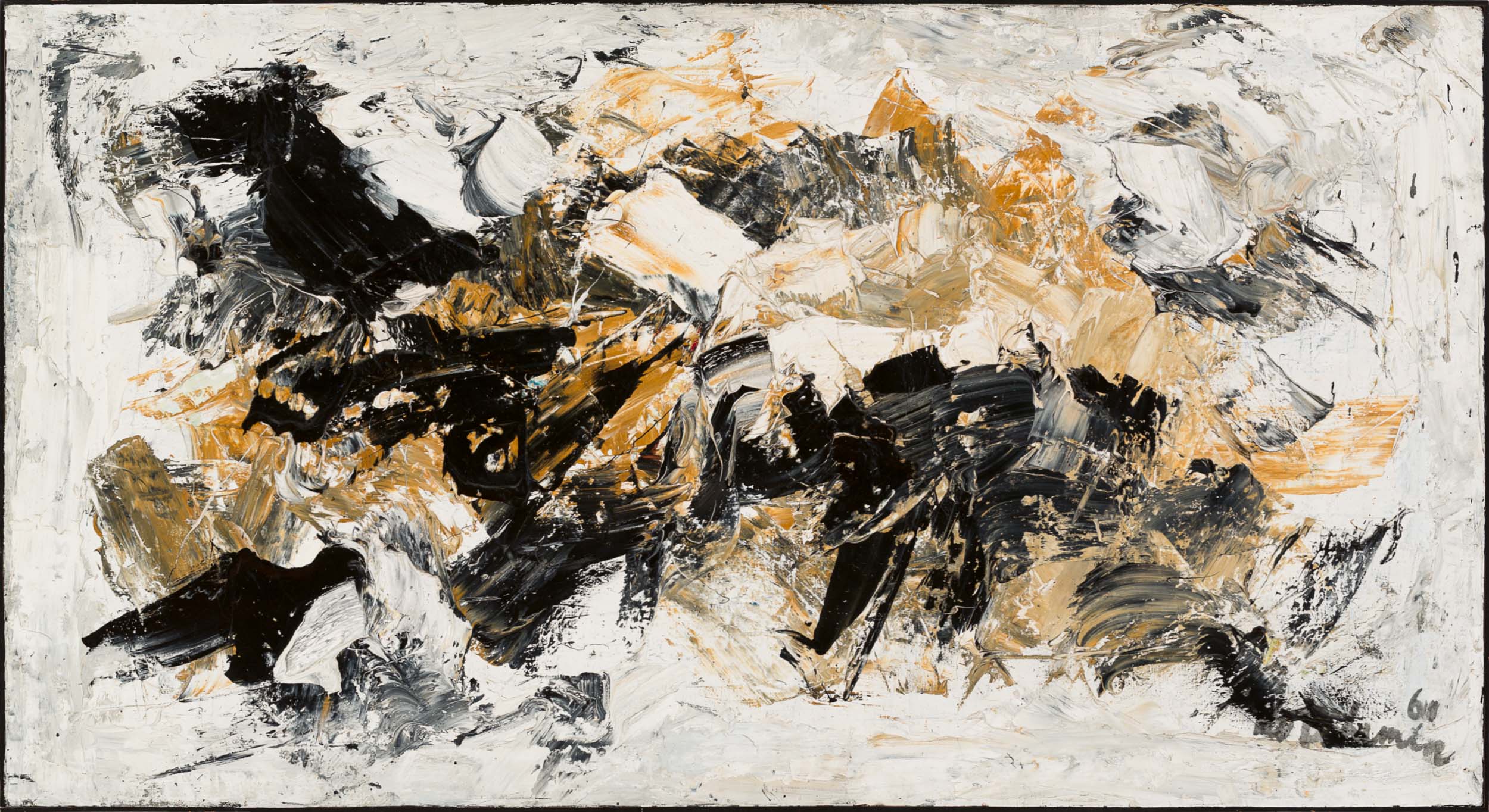 Kees van Bohemen is considered one of the Netherlands’ most accomplished twentieth century painters, and commands a wide international reputation.

This work was painted before he turned his attention to figurative themes, and not long after he joined the Dutch Informal Group (Art Informel) that broke with previous traditions in art and tried to capture spontaneity in their action painting and dripping work. Van Bohemen’s powerful technique has a lot in common with the Abstract Expressionism of the 1950s, as it generally does not fit the traditional definition of beauty: “To me, a painting doesn’t necessarily need to be pretty, as long as it grips, excites and carries you away. It should be more than just decoration. It must make a statement.”