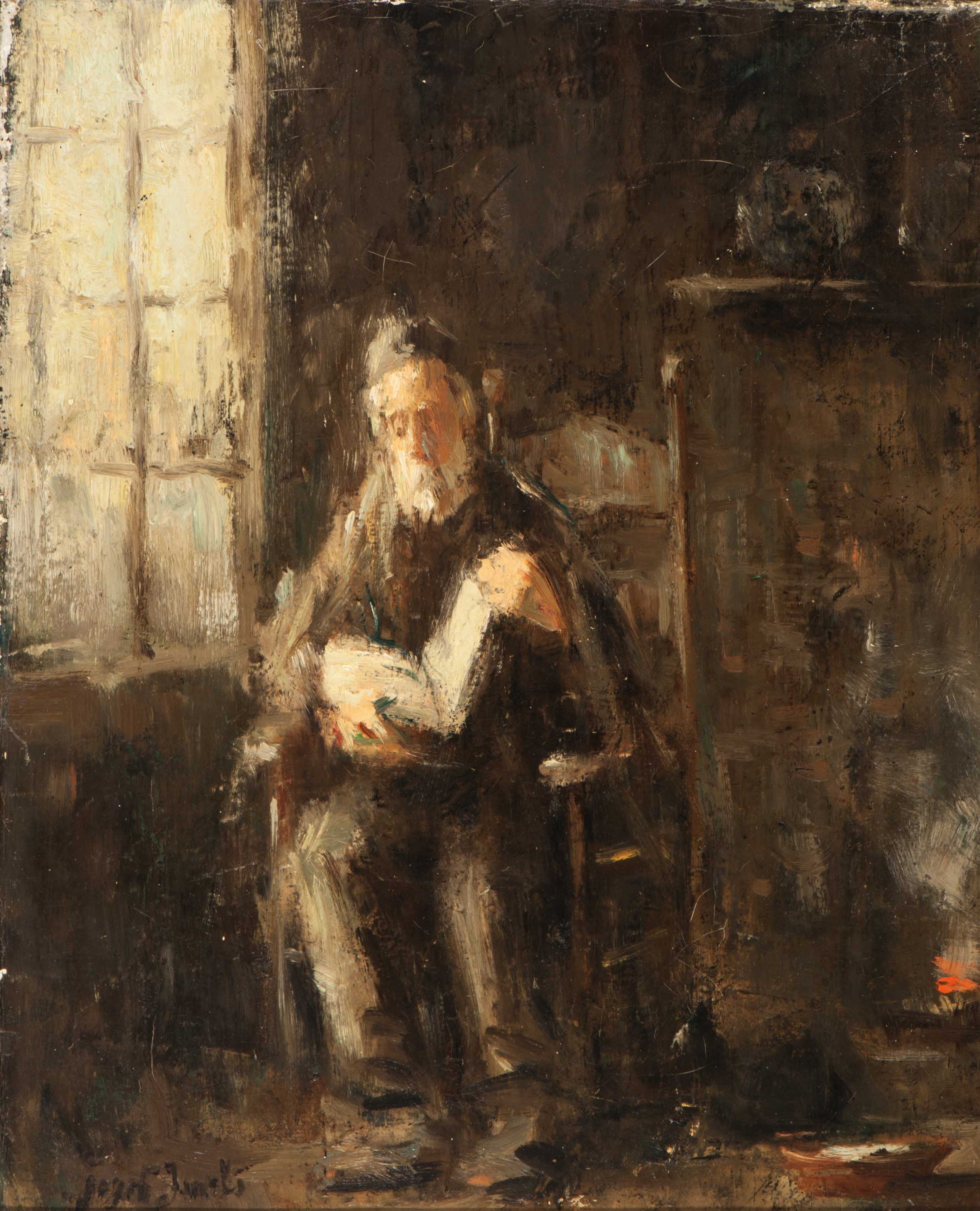 Jozef Israëls
(Groningen 1824 – The Hague 1911)
Rabbi reading by the window
Signed l.l.
Oil on canvas, 36.7 x 29.8 cm
N.B.:
Initially the parents of Jozef Israëls envisaged a future as a rabbi for their son. Descended from a prosperous Jewish family, Israëls was sent to a religious school at a young age where he was taught Hebrew, received bible lessons and studied the Talmud. This Jewish upbringing had a strong influence on his intellectual and spiritual development. Soon his talent for drawing and painting took the upper hand: he attended classes at the Academie Minerva in the city of Groningen and in 1840 ended up in the studio of Jan Adam Kruseman (1804-1862) in Amsterdam. Under his guidance Israëls worked during the day, while attending classes in the evenings at the Rijksacademie van Beeldende Kunsten. Jozef Israëls always felt strongly connected to his Jewish roots which in his later years came to expression in a series of works depicting Jewish clergy.