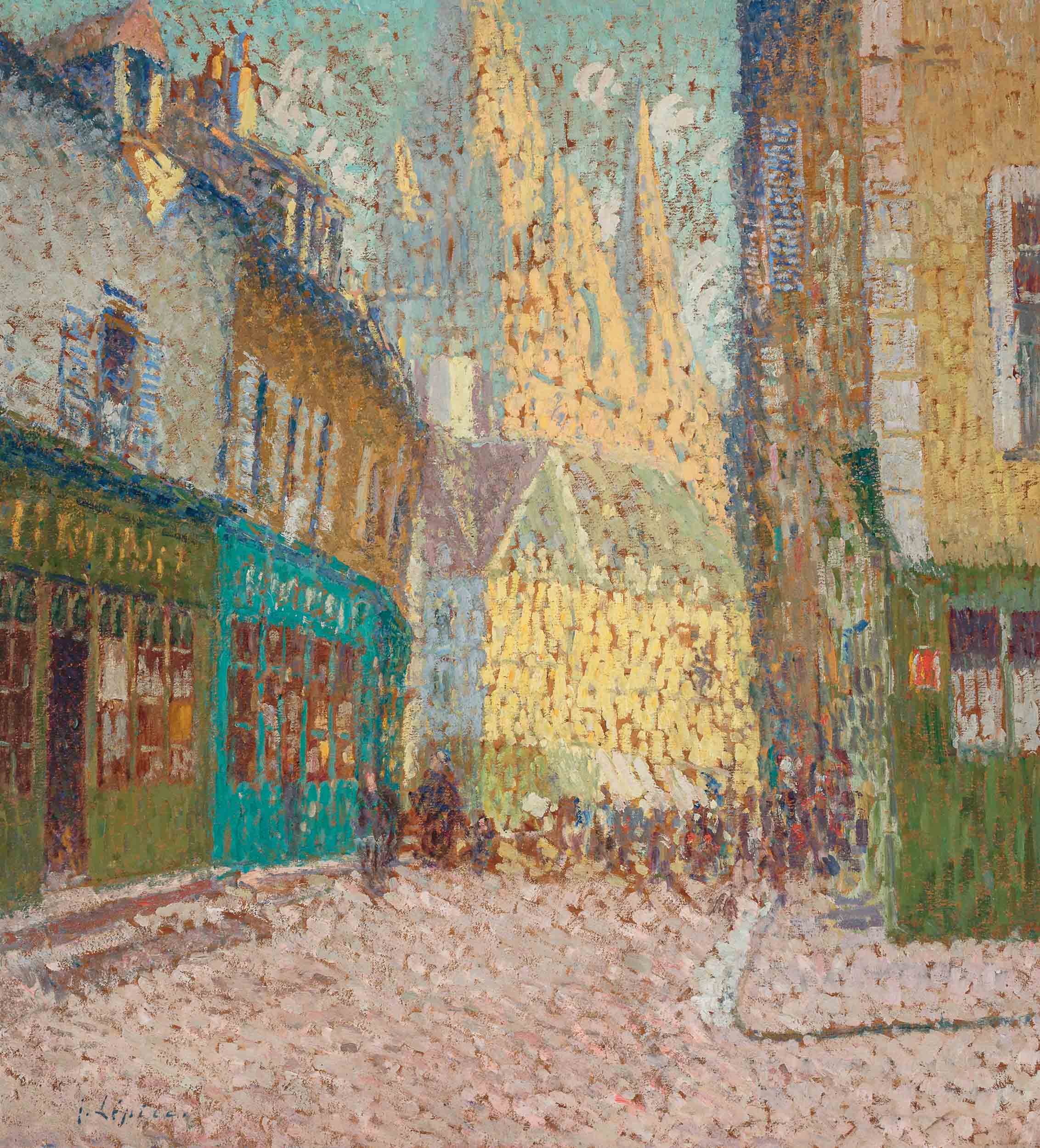 Joseph Lépine
(Rochefort-sur-Mer 1867 – Paris 1943)
Rue Animée in Vannes
Signed lower left
Oil on board, 81.9 x 73.9 cm
Provenance:
– Auction Galerie Gloggner, Luzern, 24 September 2011, lot 34
– Private collection, the Netherlands
Note:
The French painter Joseph Lépine was born in Rochefort-sur-Mer. After a study in law, Lépine was drawn to the profession of painting. Often referred to as ‘student of Mr. Cabié’, it must be inferred that Lépine – whose fame was still in its infancy – was taught by the disciple of the Barbizon School. Lépine moved to Paris in 1897, where his work got accepted at the Salon de la Nationale des Beaux-Arts. From 1905 onwards the artist alternately resided in the South of France, the Corrèze, Paris and Great Britain. It was during this period that Lépine’s paintings gained strength: the rise of bright colours – which can be traced back to the Impressionists – and deep blue shadows gave way to deep contrasts. Furthermore, Lépine amplified these contrasts by his play with material: he often left small parts of the canvas or board blank, as opposed to the areas that he pasted over. The enriched palette resulted in particular in the play between shadows and the deep yellow colour as is visible in ‪Rue Animée in Vannes‬. The painting offers the beholder a pry in the daily life of the Breton town, while the towers beckoning in the background belong to the Gothic cathedral of St. Paul – which appeared as well in the novels of Alexandre Dumas. Several paintings of the same subject by Lépine exists, of which one can be found in the collection of Musée de Mulhouse (France).