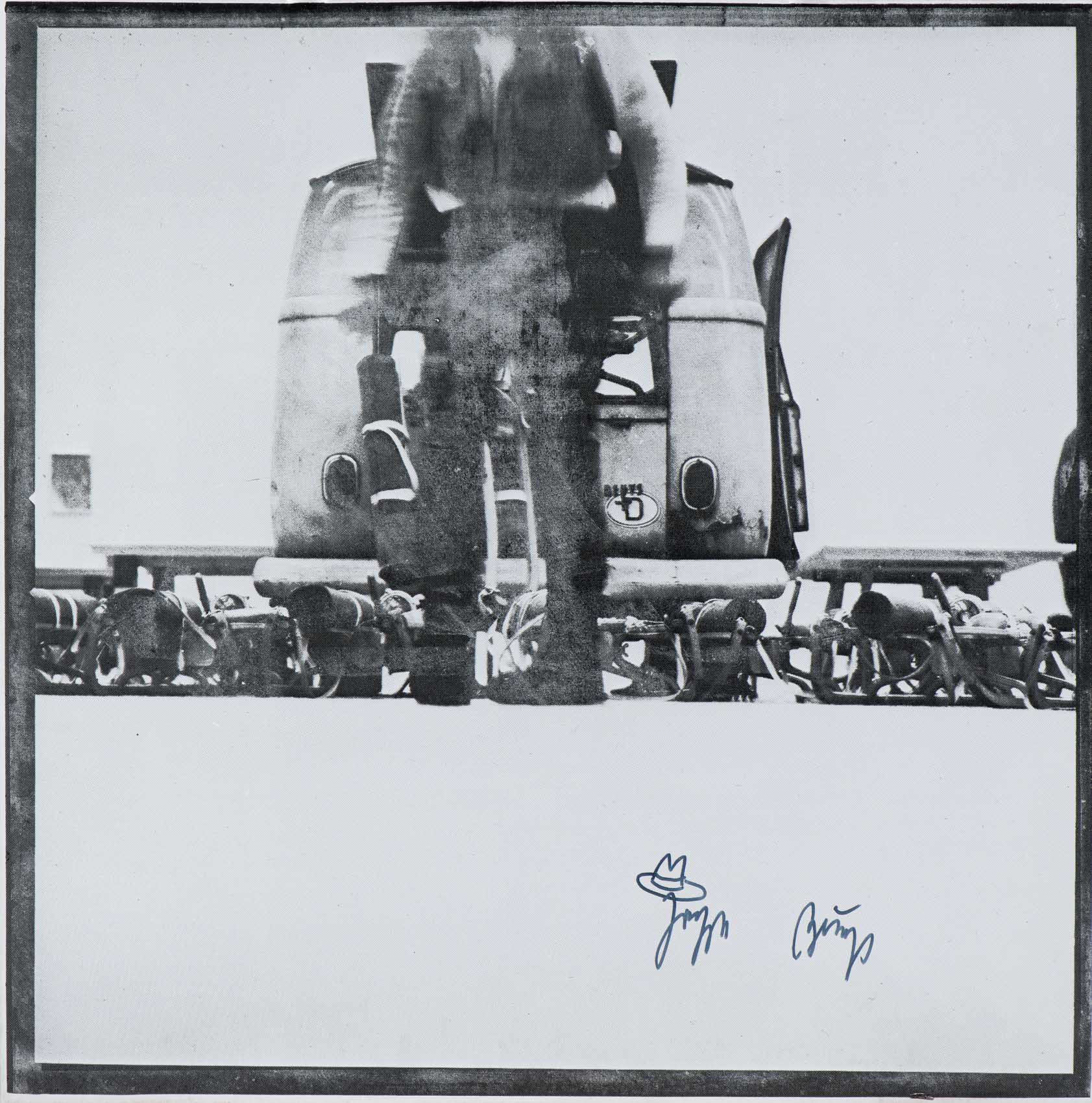 Joseph Beuys & Lothar Wolleh
(Krefeld 1921 – 1986 & Berlin 1930 – London 1979)
3 Ton Edition (1973)
Signed on the reverse
Published by Staeck, Heidelberg
Two-sided screenprint in black on PVC-foil, 46 x 45.5 cm
Note:
This work is part of Beuys’s 3 Ton Edition, a series of 40 photographs printed on sheets of PVC. The photographs and film stills were taken by Lothar Wolleh in 1971, and depict Beuys installing an exhibition at the Moderna Museet in Stockholm. They were originally to be used for an ‘Underwater Book’, to be issued in an edition of 200 copies with a total weight of three tons. However, for technical reasons, the book edition could not be realised.
But, while the ambitious goal was never met, the varying finished pages remain as autonomous, unique works in their own right.