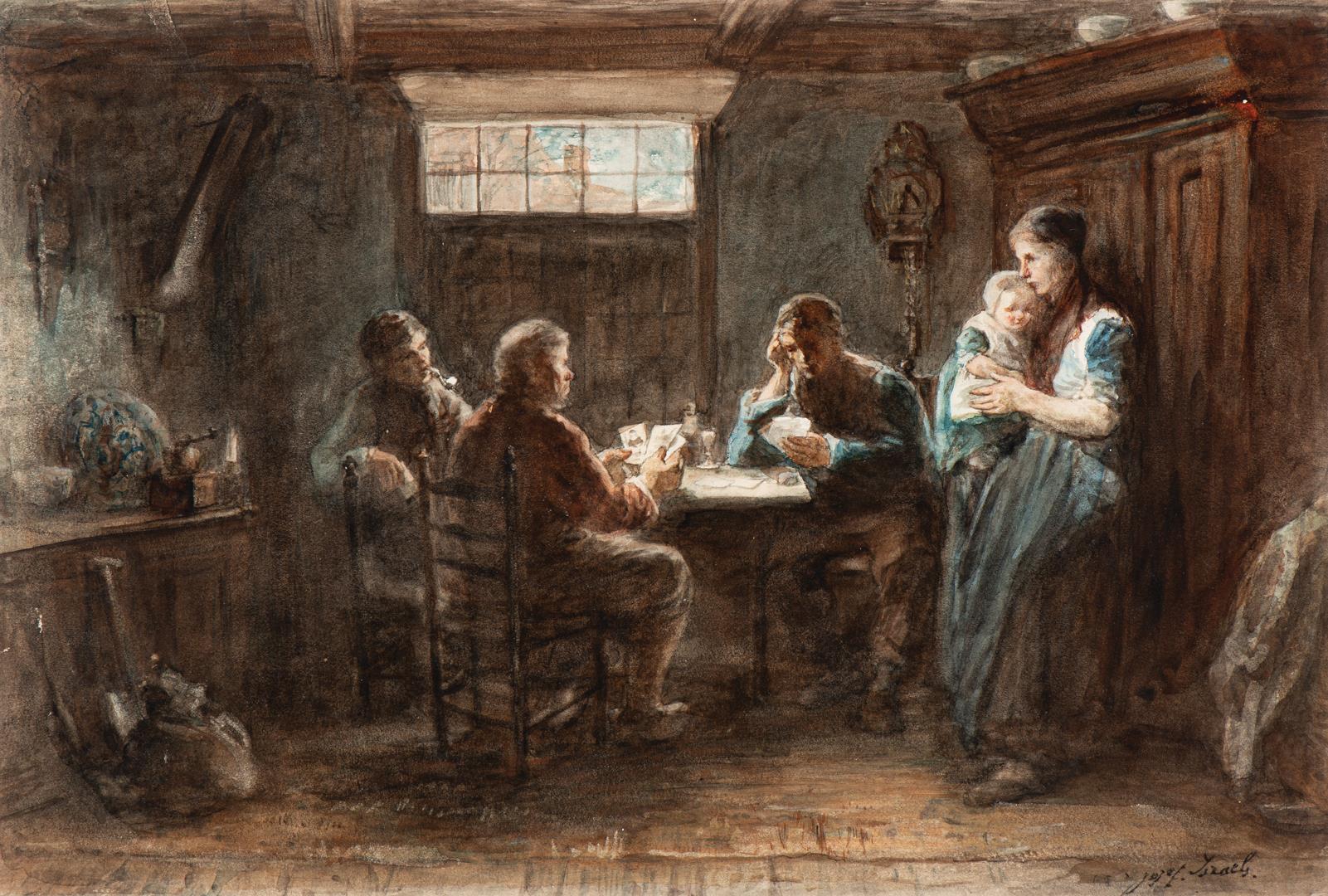 As one of leading figures of the Hague School and one of the most celebrated Dutch painters of his time, Josef Israëls was of high importance to changes in style and subject in Dutch nineteenth century painting. In Holland as well as abroad he was celebrated for his sentimental style and realistic themes from the earliest days of his career. He even became regarded as one of the pioneers of Realism, expressing himself in large genre paintings depicting events in the lives of peasants and fisher folk. Israëls came to the realisation that the hard, simple life captured his imagination more than the heightened historical subjects he had painted until then. International fame came when the painting Fishermen Carrying a Drowned Man attracted much attention at the Salon of 1861 in Paris and the international exhibition of 1862 in London. Israëls’ new subject matter proved to be successful: his humble scenes were greeted with enthusiasm by progressive as well as conservative critics. Israëls’ introspective approach also earned praise of contemporary painters, such as Vincent van Gogh, who was a strong admirer of his work.