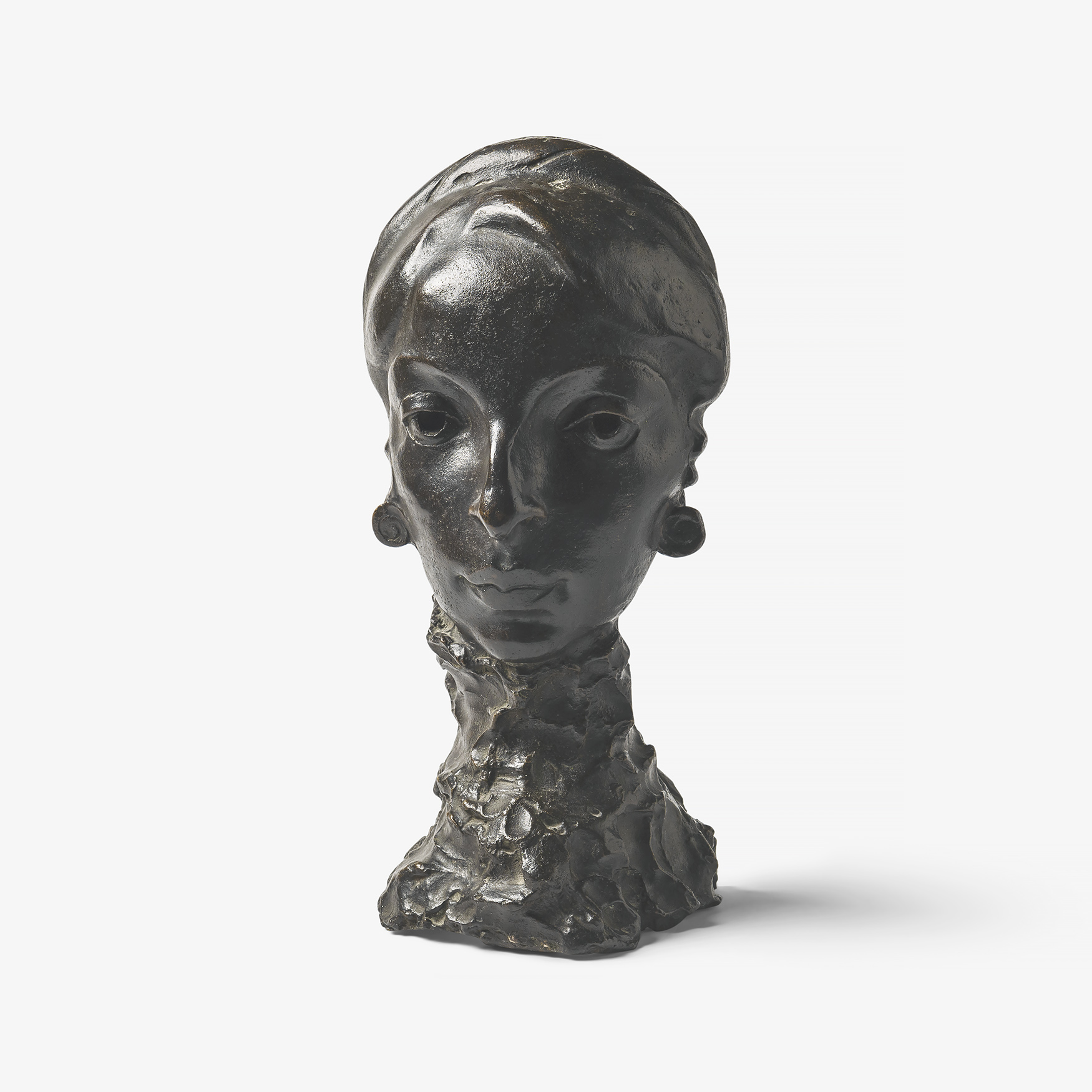 John Rädecker
(1885-1956)
Saar Oppenheimer (c. 1910)
Cast in 1962 in an edition of 3 by bronze Foundry Steylaert, Rumpt
Bronze, H.42.1 cm
Provenance:
Collection of Germ de Jong and Sarah (Saar) Oppenheimer, thence by descent
Literature:
Y. Koopmans, John Rädecker, De droom van het levende beeld, Waanders Uitgevers, Zwolle, 2006, pp. 35 & 38 (ill. no. 23) and pp. 306 & 307,no. 1a-11 (ill. design in plaster)
Note:
According to many critics, John Rädecker was born a natural sculptor: the incarnation of an archetypal sculptor. He was born in 1885 in Amsterdam into a family of six children as the son of a woodcarver. At the age of thirteen, he had already started working for furniture factories and stonemasons, following his father. For a short time, he assisted Joseph Mendes da Costa in his studio, an artist he greatly admired.


At the age of seventeen, Rädecker attended some classes at the Rijksacademie in Amsterdam under the guidance of Bart van Hove, and at the Academy of Antwerp. He stayed in Paris several times to study, together with his artist friends Jacob Bendien (1890-1933) and Jan van Deene (1886-1973). He was admired and supported by two of the most influential art critics of his time: H.P. Bremmer and A.M. Hammacher. Bremmer, in particular, acted as an avant-garde artist-manager, publishing articles, seeking sponsors, and selling his work (for example, to Mrs. H. Kröller-Müller).Rädecker executed his works in all possible materials, like stone, wood, and clay, focusing mainly on his two favourite subjects: nudes and mask portraits.

Rädecker’s masks, mainly in stone, are constructed with broad lips and closed eyes lying deep, placed far from each other, both threatening and protecting at the same time. This present lot is a mask portrait he created of Sara Oppenheimer (1881-1962), a merchant’s daughter who was Rädecker’s girlfriend at the time. “Saar” worked as a telephone operator at the PTT and was a niece of the Bendiens. She would later marry Rädecker’s artist friend Germ de Jong, from whom she divorced in 1922. She also appears in the painting ‘Sculptor’s Atelier’ (1909) by Jan Sluijters, in which she is depicted reading in the studio of Gijs Jacobs and Rädecker. Rädecker’s stylization in this bronze clearly shows the influence of Mendes da Costa, with whom he must have worked around this time.
* Condition report available upon request