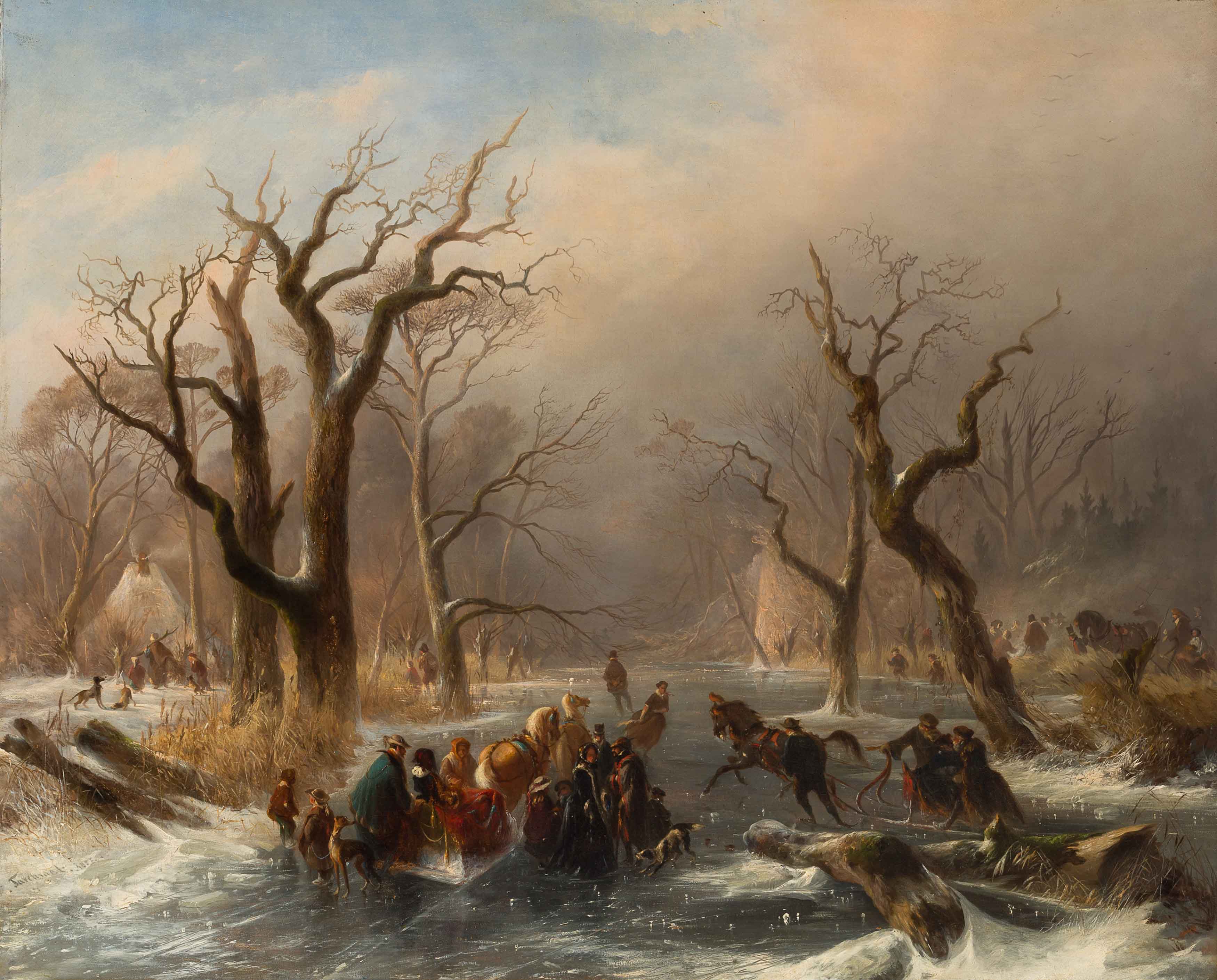 Johannes Tavenraat
(Rotterdam 1809 – 1881)
Plaisirs d’hiver
Signed and dated 1857 l.l.
Oil on canvas, 76.3 x 94.5 cm
Provenance:
Private collection, The Netherlands
N.B.:
The painting by Johannes Tavenraat is imbued with a mysterious romanticism: various groups of figures are enjoying themselves on the ice amidst misty trees. The Rotterdam born painter regularly visited the city of Kleve from 1843 onward, and resided there between 1846 and 1860. There he befriended, and was influenced by, the famous Romantic painter B.C. Koekkoek (1803-1862). Tavenraat travelled into Germany to paint its mystical woods inhabited by stags and boars that were in high demand by British, German and Polish art collectors. His travels to Bohemia, between 1857 and 1869, and his passage through to Switzerland would leave a lasting impression on the artist. The wild woods and the local population of Bohemia, as well as the special climatic conditions and the mysterious fog found in Switzerland would return in his works in various forms.