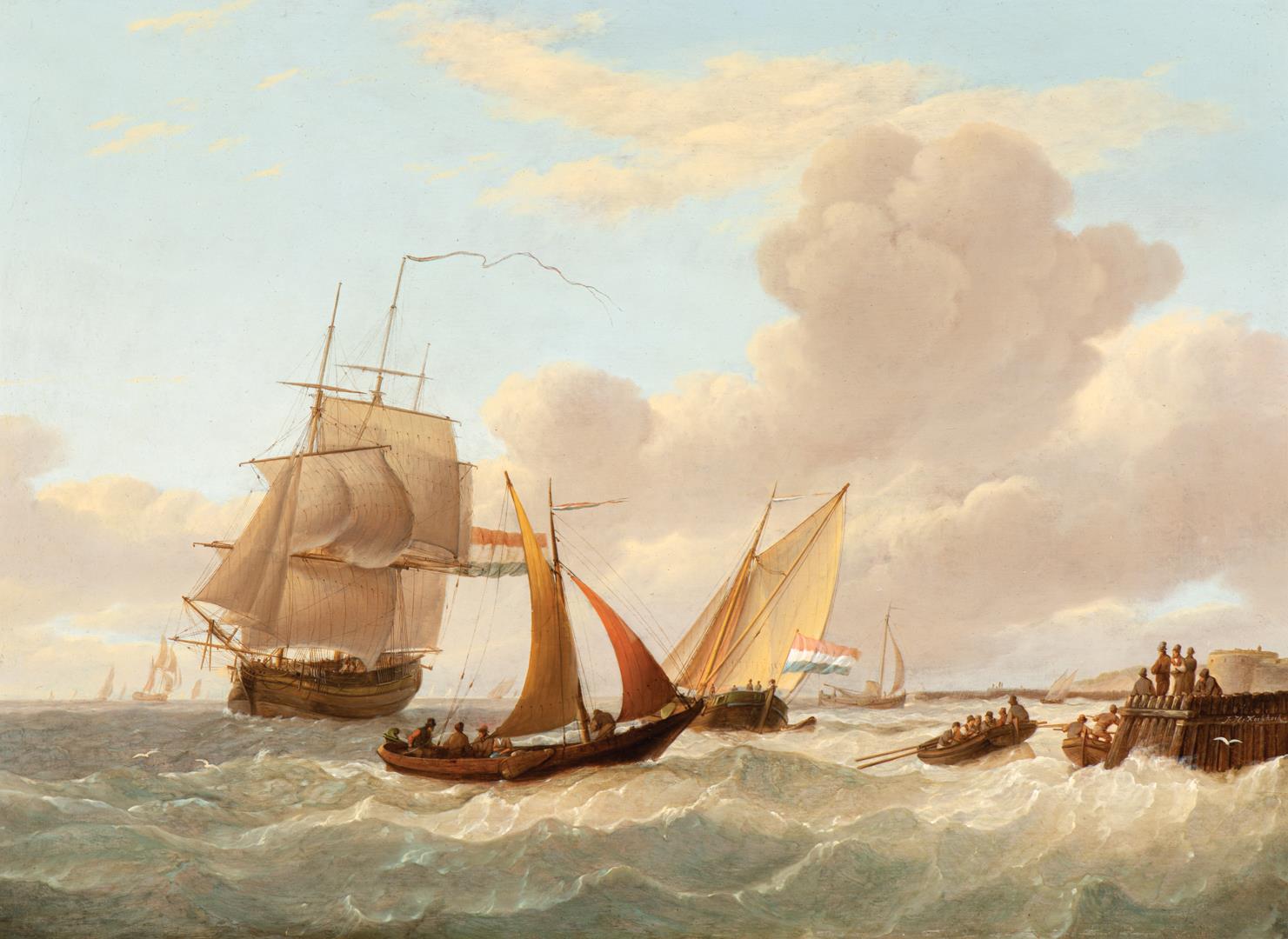 Already around the age of twelve, Johannes Hermanus went to Middelburg to be apprenticed to the wallpaper painter Thomas Gaal (1739-1817). In addition, he attended classes at the Middelburg drawing academy in the evenings. His interest in drawing and painting ships and the sea was part of the prevailing painting tradition in watery Zeeland. Johannes Hermanus Koekkoek became one of the best marine painters of his time. With great talent and precision he drew and painted all sort of ships in a lively narrative. He was active between 1793 and 1851, and worked in Middelburg, Durgerdam, Amsterdam, Medemblik and Katwijk aan Zee.