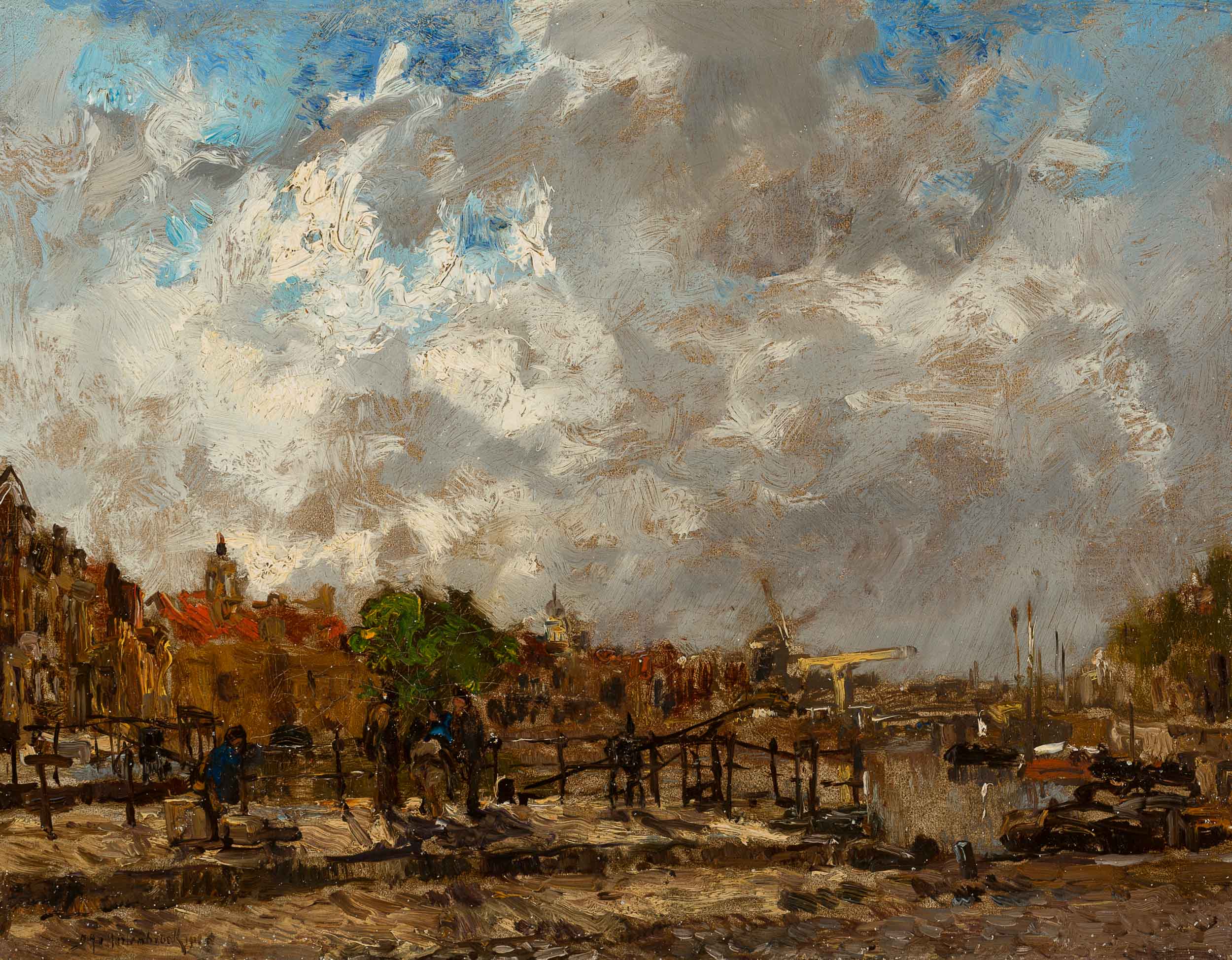 Johan Hendrik van Mastenbroek
(Rotterdam 1875 – 1945)
“Stadsgezicht”, Delfshaven
Signed and indistinctly dated 1916 lower left
Signed and titled on a label on the stretcher
Oil on canvas, 27.9 x 36 cm
Note:
This painting shows a view of the Aelbrechtskolk, seen from the Oude Sluis in Delfshaven. The first building seen from the left – with a turret – is the so-called ‘Zakkendragershuisje’ (bag carriers house). In this historic building the ‘Zakkendragers’ guild had its home. The Zakkendragers, or bag carriers, were the workers who unloaded the ships and who carried the bags with grain to the many warehouses and distilleries. When a new ship arrived in the harbour, the bells in the turret rang, so the bag carriers would respond to the chime. A few buildings down, the tip of the Oude- or Pilgrimsvaderkerk is visible.