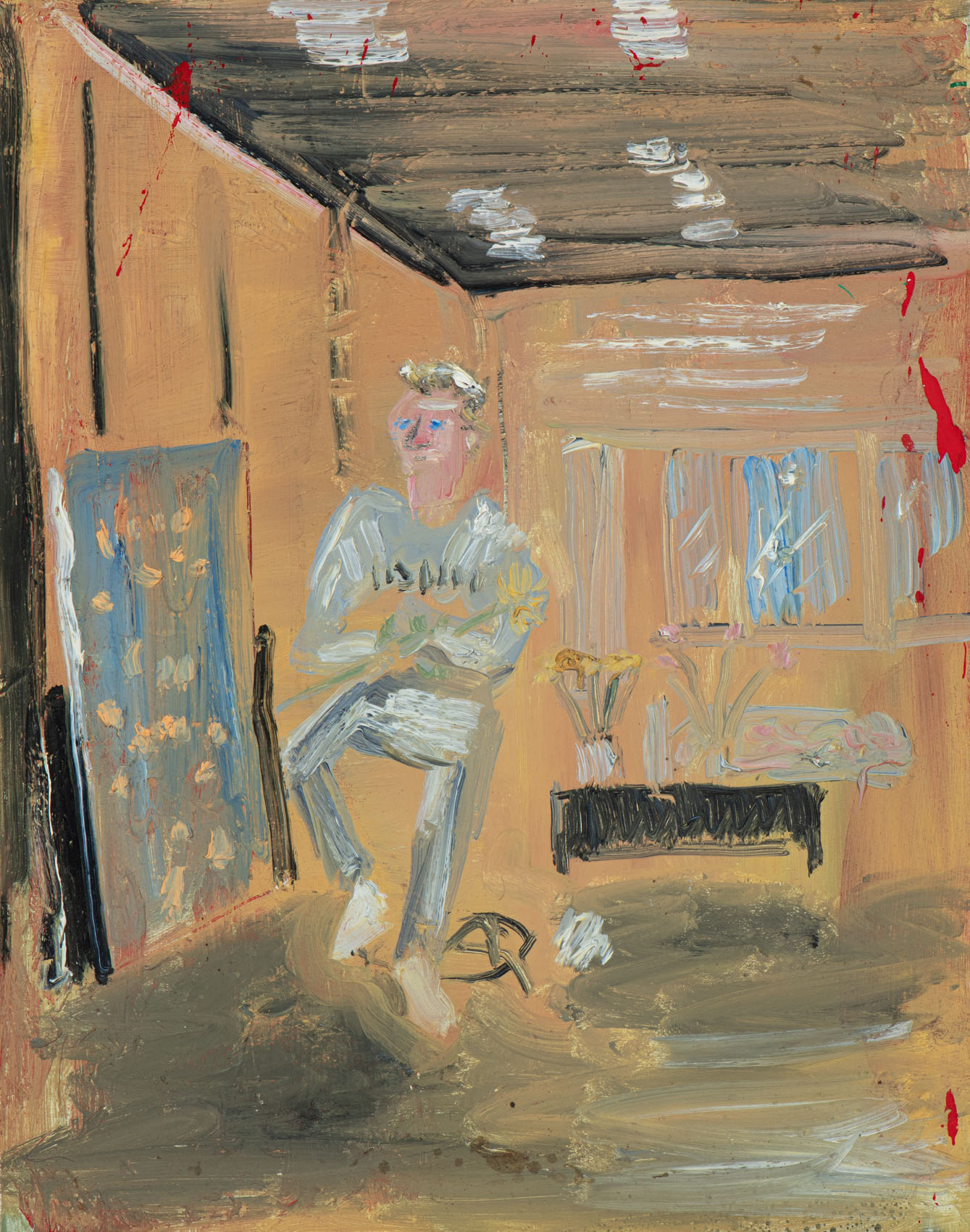 Jiri Georg Dokoupil
(Krnov 1954)
Koos Dalstra in het atelier van Peter Klashorst (Koos Dalstra in the Studio of Peter Klashorst) (1988)
Signed and dated okt. 1988 on the reverse
Titled and dated 1988 by Peter Klashorst on the stretcher
Oil on canvas, 50.2 x 40.1 cm
Provenance:
– Gifted by the artist to Peter Klashorst, Amsterdam
– Acquired from the above by the present owner
Note:
George Dokoupil was a member of After Nature, an international art collective initiated by Peter Klashorst (1957) that aimed at reinventing painting and bringing art back to society by taking it out of the official highbrow art world. They wanted to oppose the prevailing non-figurative style and were interested in just painting what they saw. The man who is depicted in the painting is the poet and artist Koos Dalstra (1950), with whom they shared the same social circles.