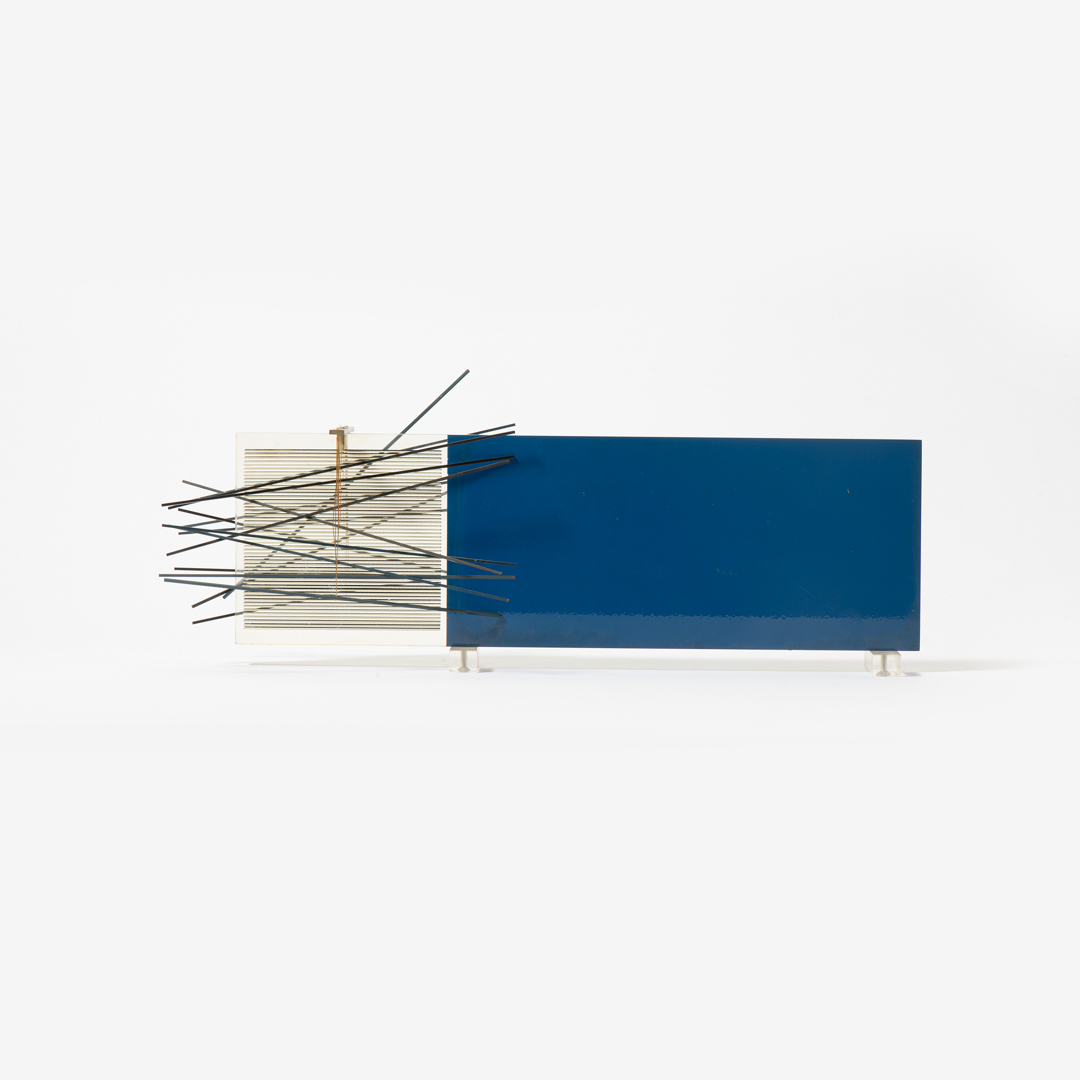 Jésus Rafael Soto
(Ciudad Bolivar 1923 – Paris 2005)
Vibration (1969)
Signed and numbered 99/200 on a label underneath
Kinetic object; plexiglass, metal and string, 20.4 x 53.4 cm
Provenance:
Private collection, the Netherlands
Note:
Jésus Rafel Soto was a Venezuelan Op and Kinetic artist, a sculptor and a painter. In the beginning, Soto painted post-impressionist works, later getting interested in Cubism. After getting in touch with Malevich, Mondrian and the constructivists, Soto started to experiment with optical phenomena and op art and then he began to make art that was more than just pictures. His works can be found in the collections of the main museums of the world, including Tate in London, Museum Ludwig in Cologne, Centre Georges Pompidou in Paris, Galleria Nazionale d’Arte Moderna in Rome and MoMA in New York. One of the main museums of art in Venezuela, in his home town, has his name in tribute to him.