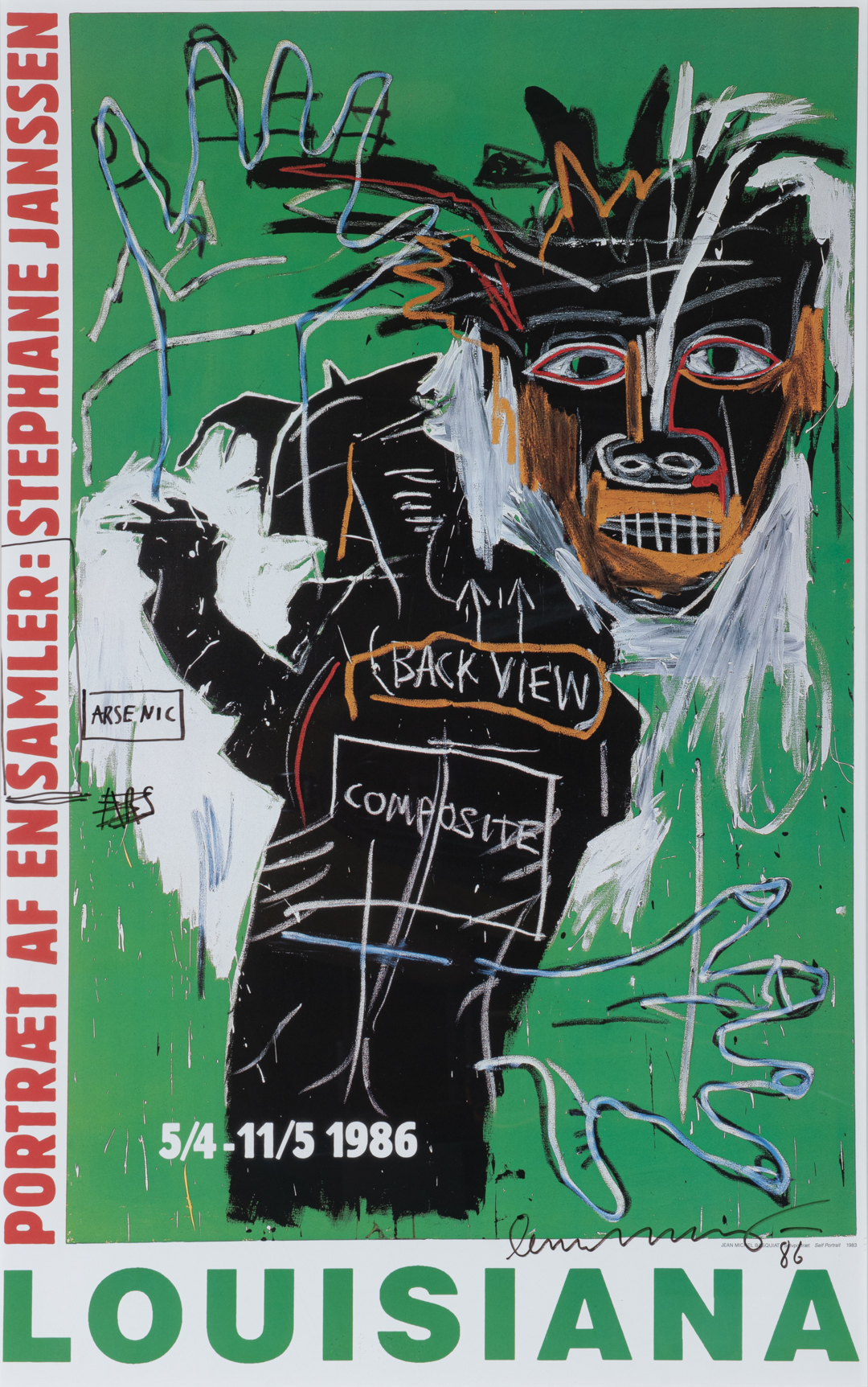 Jean-Michel Basquiat
(Brooklyn 1960 – New York City 1988)
Untitled (Arsenic)
Signed and dated 86 lower right
With original drawing centre left
Felt pen on the exhibition poster of Portrait of a Collector: Stephane Janssen, 99 x 61.9 cm
Provenance:
– Galerie Parade, Amsterdam
– Private collection, the Netherlands
Note:
Jean-Michel Basquiat was an American artist who rose to success during the 1980s. Regarded as one of the most influential artists of the twentieth century, he was part of the Neo-expressionism movement.
Basquiat’s art focused on dichotomies such as wealth versus poverty, integration versus segregation, and inner versus outer experience. He appropriated poetry, drawing, and painting, and married text and image, abstraction, figuration, and historical information mixed with contemporary critique. He used social commentary in his paintings as a tool for introspection and for identifying with his experiences in the Black community of his time, as well as attacks on power structures and systems of racism. His visual poetics were acutely political and direct in their criticism of colonialism and support for class struggle.

“I don’t think about art while I work… I try to think about life.” – Jean-Michel Basquiat